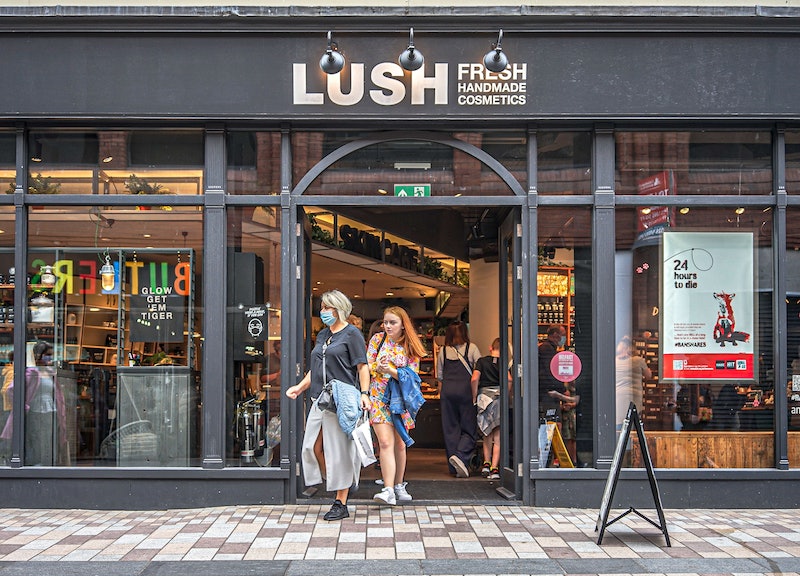 Lush is joining forces with more than 40 leading modern slavery charities and law firms from Feb. 28, as part of a national campaign advocating for Part 5 of the upcoming Nationality and Borders Bill to be scrapped in the UK.

The Bill has already been widely criticised by many migrant justice organisations and charities, arguing that it will further strengthen the powers of the Home Office and widen the remit of the “hostile environment”, a term which describes policies that aim to make life as difficult as possible for migrants in the UK.

Part 5 of the Bill – which will be debated in the House of Lords from Feb. 28 – sees survivors of modern slavery no longer being guaranteed a right to support, such as safe housing, counselling, or financial subsistence. It also includes additional limitations on support for certain “types” of victims, such as those with a criminal conviction or barriers to sharing abuse “quickly enough,” effectively introducing trauma deadlines for survivors.

A simple but vibrant window display will be installed across Lush’s UK shopfronts until Mar. 6, carrying the slogan: “Don’t let the Government rip up support for modern slavery survivors.”

The display will also include a QR code and website link for customers to quickly and easily take part in After Exploitation’s Scrap Part 5 campaign. Scanning the code or visiting the link online will take you to a landing page that allows you to email your MP a list of concerns about Part 5 of the Borders Bill in just a couple of minutes.

The action is led by non-profit After Exploitation, and supported by charities such as Women’s Institute and Women for Refugee Women.

Maya Esslemont, Director of After Exploitation explained how Lush’s support in the campaign couldn’t have come at a more significant time: “We only have a matter of days to stop the Government from introducing new exemptions which would punish survivors of criminal exploitation and take support away from those too traumatised to share details of their abuse ‘fast enough’.”

Hilary Jones, Ethics Director at Lush, said of the campaign: “Modern-day slavery is still a reality in supply chains, both in the UK and worldwide, and companies have rightly been required to put in extra measures to root it out. It is therefore crucially important that once victims have been identified they are able to access the help and support they need to get their life back. Now is not the time to reduce Government support for these incredibly vulnerable and abused individuals.”

The controversial Nationality and Borders Bill, introduced by Home Secretary Priti Patel, entered UK Parliament on Jul. 6, 2021. The Bill passed through the House of Commons with a majority of 67 votes, and will now be debated in the House of Lords.