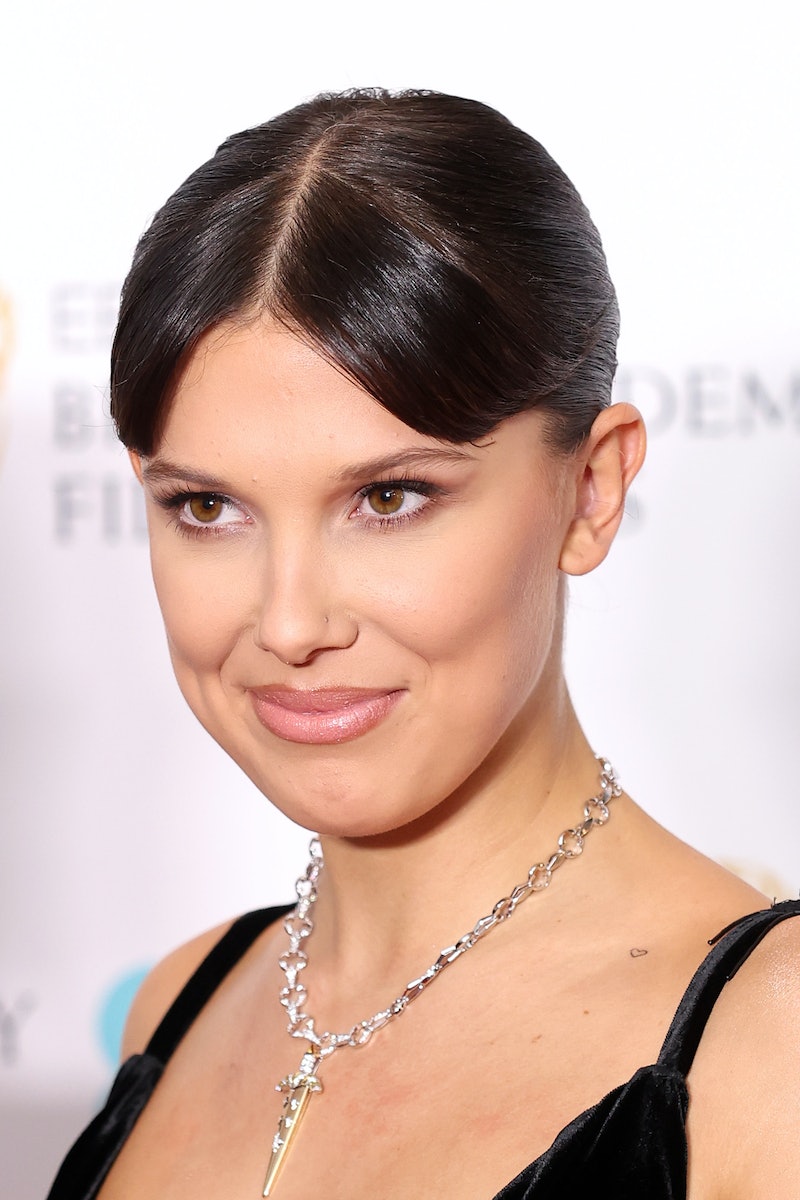 Though the peplum dress fell in line with much of the gothic, lingerie-inspired looks that walked the designer’s Spring 2022 runway, this velvet-and-lace ensemble was uniquely Brown — never-before-seen.

Brown’s look featured a black velvet micro-mini dress, with a deep-V neckline, layered over velvet fringe and a trailing, Morticia Addams-esque lace train. A matching bandeau bra peaked out from underneath the micro dress’ plunging neckline, reminiscent of the tube top trend of your youth.

To accessorize, the Stranger Things actress added velvet opera-length gloves and a silver chain necklace with a gleaming dagger pendant. On her left pointer finger sat a giant cocktail ring with diamonds and a pear-shaped center stone.

Photos captured the back of Brown’s dress, revealing a coordinating cape, crafted from the same spindly, black lace as her skirt and bralette.