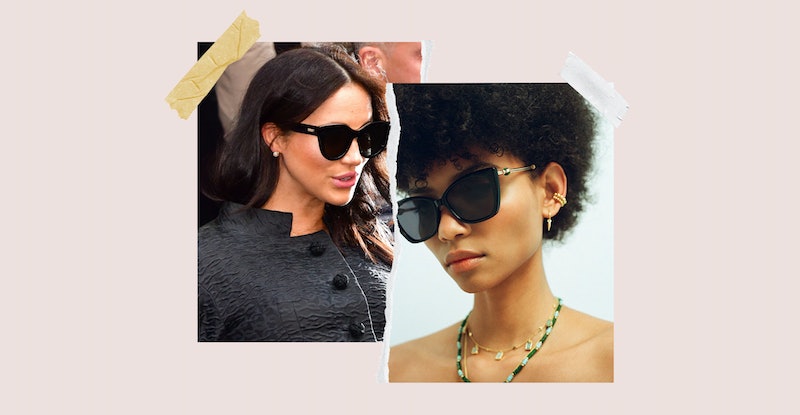 When it comes to fashion-forward eyewear, Meghan Markle is always a step ahead of the curve. Her go-to sunglasses? Le Specs’ Air Heart design is the royal’s favourite. Unsurprisingly, they’ve been in high demand since the Duchess of Sussex was photographed wearing them.

The Aussie brand was founded in the late seventies and rose to icon status globally for its accessible product lines. All reminiscent of the legendary sunglasses of the seventies and eighties, from pilot shapes to thick ovals. Now, Le Specs has been given a ‘90s makeover courtesy of Missoma.

What To Expect From The Missoma x Le Specs Collab

The collaboration range will feature some of Le Specs’ most popular sunglasses, but reimagined with Missoma’s signature gold detailing, gems, and stones. Reportedly, the collaboration idea was sparked by fans of both brands. The brands noticed their consumers were often pairing Missoma jewellery with Le Specs sunglasses, per Marie Claire.

Where Can You Buy The Missoma X Le Specs Collab In The UK?