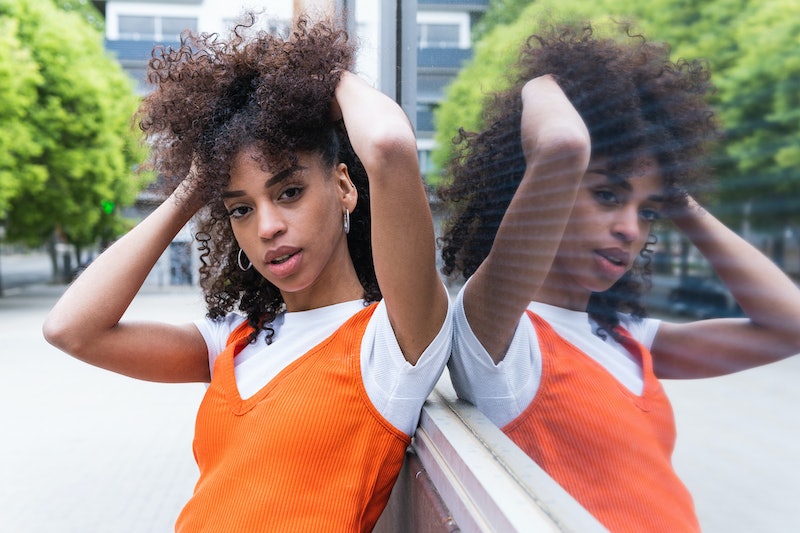 Getting a piercing can represent a rite of passage, an act of rebellion, or a moment of spontaneity. Whatever your reason behind that piece of body art, you may be poring over questions about where to get it, how much it’ll hurt, and what piece of jewelry to choose. It’s also worth thinking about whether you’ll get pierced with a needle or a piercing gun. Most professionals will favor the use of a piercing needle over a gun citing precision and safety, but both methods have their pros and cons. Read on for what experts have to say about the two common piercing techniques.

What Are Piercing Needles?

Most of the professional piercers at your neighborhood studio are using single-use needles. They’re typically hollow with a triangular tip that’s razor-sharp, designed to create a precise opening for a piercing — so it doesn’t remove any extra tissue in the process. Brian Keith Thompson, piercer and owner of Body Electric tattoo and piercing studio in Los Angeles, likens the common piercing method to using a really sharp knife to dice tomatoes: It’s sharp and precise. And piercing with a needle is less traumatic than other methods, he says.

Piercing needles also allow for versatility with other kinds of body art. Besides your ears, noses, belly buttons, nips, cheeks can all be pierced with a needle.

What Are Piercing Guns?

Piercing guns, on the other hand, should be limited to use on the earlobes, explains Thompson. With the piercing gun method, a stud earring and a clasp are fastened to the hand-held machine and, with the pull of a trigger or spring force, the stud is shot through your ear and into its backing. The upside is it’s pretty easy for anyone to use a piercing gun, so they’re quick, convenient, and usually less expensive than needle piercings. If you’re traipsing around the mall and pop into a Claire’s, you’re able to walk out with new bling with plenty of time to hit up the food court.

In terms of the technique itself, Thompson says it’s a lot easier to use a piercing gun. But despite it taking more effort to schedule an appointment at a studio with a professional for a needle piercing, he believes it’s definitely worth it in the long run. It should also be noted that the Association of Professional Piercers does not endorse the use of piercing guns and disallows its users from piercing with the mechanism.

Experts advise against piercing guns because of a few different concerns. First, the APP contends that reusable piercing guns can expose clients to bloodborne pathogens because of their inability to be autoclaved. An autoclave is a small machine that uses heat, steam, and pressure to sterilize any instrument that isn’t single-use — but piercing guns are plastic, so wouldn’t hold up against the heat of an autoclave. (FWIW, Thompson says nearly everyone he knows in the industry uses autoclaving for the equipment used in piercings.) Also, according to the APP, while the external surface of piercing guns may be wiped down with alcohol or other antiseptics, microscopic particles could contaminate the internal mechanisms of the gun.

The AAP’s position is also that the length and design of gun studs may not allow for proper healing. Piercing guns can cause significant tissue damage because, instead of a precise entry with a sharp needle, it’s the stud that’s being forced through the tissue. “It’s using blunt force trauma,” Thompson says. With a gun, a stud earring that’s about the sharpness of a thumbtack is being forced through your earlobe, he explains. “So, that action is actually tearing through your ear and not cutting through your ear, like the needle [does],” he says.

A piercing gun will likely cause swelling, be more painful, and take longer to heal than a needle piercing, Thompson adds. And since needles allow more precision, you get more control over your piercing placement. With a piercing gun, however, Thompson notes there’s a greater likelihood of having earlobe holes that don’t exactly line up, especially if you’re getting pierced by someone without a ton of experience. Bustle reached out to Claire’s for direct comment about its piercing gun technique but was unsuccessful. That said, the retailer’s website contends a safe and hygienic piercing process.

TL;DR? Thompson stops short of telling people not to get pierced with a gun — he says they do work and are a convenient alternative. Plus, he says, he’s not a big fan of being overly stringent about something that should ultimately be a fun experience.

More like this
How To Create The Ultimate Soothing Skin Care Routine
By Paris Giles
Benzoyl Peroxide For Acne Is Your Ticket To Clear Skin
By Paris Giles
Meet Foreverist, The Skin Care Brand That Keeps Tattoos Looking Fresh
By Audrey Noble
Sisley's New Enzyme Mask Brought My Dull Skin Back To Life
By Rachel Lapidos
Get Even More From Bustle — Sign Up For The Newsletter