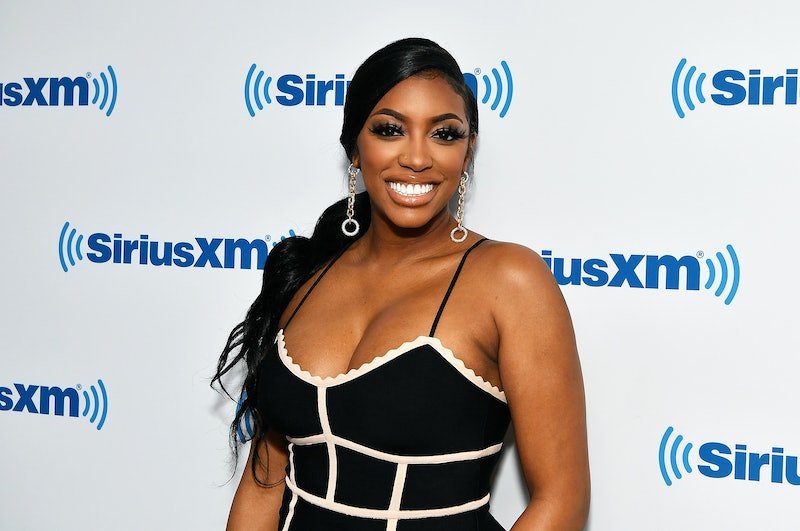 Surprise! The Real Housewives of Atlanta star Porsha Williams is officially engaged to Simon Guobadia, the estranged husband of her co-star Falynn Guobadia. Williams announced her and Guobadia’s new relationship with a photo of the pair on a boat, she in a neon and leopard-print swimsuit and he in a black T-shirt. “We cannot wait to spend the rest of our lives together,” she wrote. On Guobadia’s Instagram, he shared a series of pictures including the first look at Porsha Williams’ engagement ring.

The ring in question is a massive emerald-cut diamond that is set in platinum and mounted on a pavé diamond shank. It’s simple, yet also one of the major engagement ring trends of the past few decades and it’s only growing in popularity in 2021.

Williams says the pair has only been dating for a month and though things are moving fast, she is choosing to focus on her happiness. Her engagement news comes only two weeks after Simon Guobadia and Williams’ Real Housewives co-star, Falynn Guobadia, confirmed their separation.

In her post, Williams maintains that she had nothing to do with the couple’s split and reveals that she and Falynn Guobadia are not friends. In the past, the two women appeared on Real Housewives Of Atlanta together where Guobadia was introduced as Williams’s friend. In that episode, Williams is seen visiting Guobadia’s house, meeting her husband Simon, and marveling over their family home. Williams also previously posted a picture of Guobadia, herself, and her friend Shamea Morton at an outing with the caption “Crazy Sexy Cool.”

Previously, Williams was married to Kordell Stewart (from 2011 to 2013) and she was once engaged to her daughter’s father, Dennis McKinley. See a photo of her new engagement ring from Simon Guobadia on the second slide below.

More like this
Kylie Jenner Wore Platform UGG Boots, Kendall's Favorite Cheugy Trend
By Alyssa Lapid
I Tried Kendall Jenner's No-Pants Look As A Plus-Size Woman
By Sarah Chiwaya
Megan Fox & Machine Gun Kelly Are A Masterclass In Emo Couple Dressing
By Avery Matera and Allie Fasanella
Olivia Rodrigo's Pre-Grammys Look Was All About The Butt Slit
By Alyssa Lapid
Get Even More From Bustle — Sign Up For The Newsletter
From hair trends to relationship advice, our daily newsletter has everything you need to sound like a person who’s on TikTok, even if you aren’t.