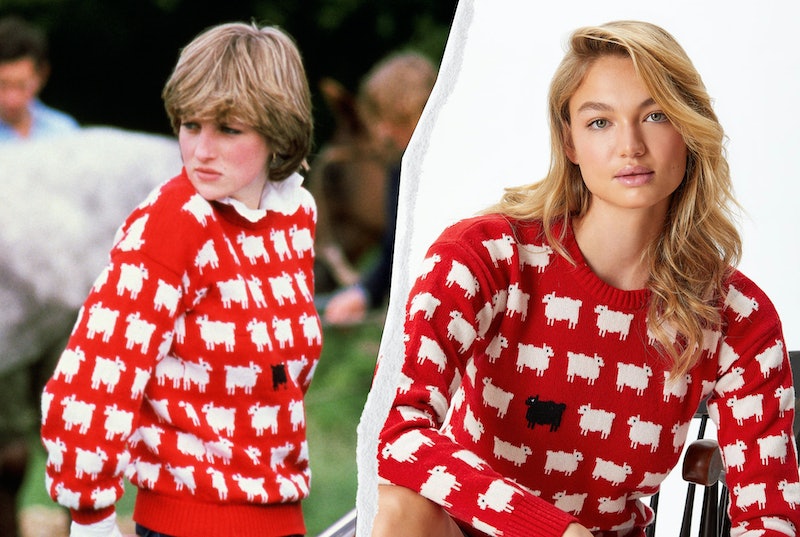 Princess Diana is one of the world’s foremost fashion icons. She was renowned for her ability to push modern boundaries, especially when it came to the Royal rules of dress. She wore off-the-shoulder dresses, off-duty denim, and — yes — even workout wears. She carved her own path and did it so well that generations of fans all over the globe still look to her as the ultimate style inspiration, including her own daughters-in-law Kate Middleton and Meghan Markle.

Rowing Blazers is making it even easier for everyone to channel the fashion icon this Fall. The brand just launched their latest Fall collection on Thursday including two knits modeled exactly after Princess Diana. They even tapped the original designers of Diana’s own knits for the collaboration. The sweaters are so exact, in fact, they rival the spot-on outfit recreations currently featured on "The Crown."

The first, a sheep-printed red sweater was originally designed by Joanna Osborne and Sally Muir. The second is the famous “I’m A Luxury” sweater created by Gyles Brandreth. Both re-issued sweaters are currently available from Rowing Blazers but hurry: these chic knits aren’t going to last long.