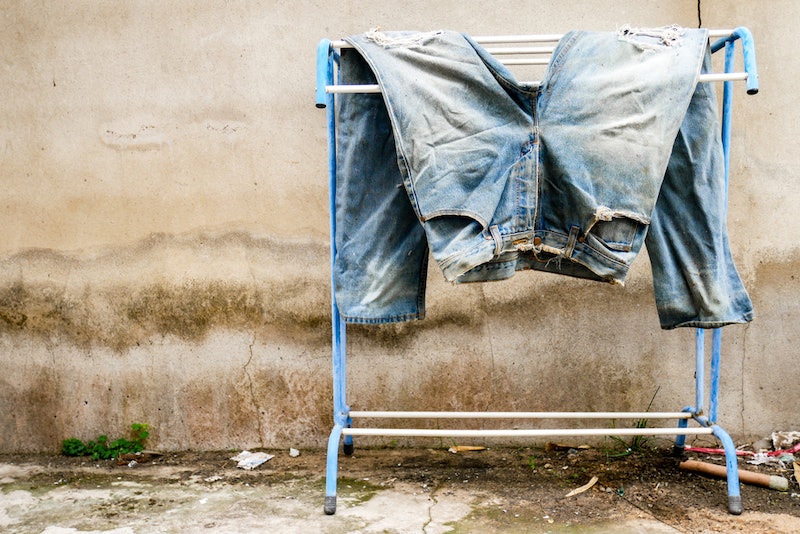 It would make life a lot easier if clothes lasted forever, but unfortunately, that's not the case. After a lot of wear and tear and washing and drying, most clothing items start to get worn out, dirty, and just generally old-looking — not exactly something you want to keep wearing if you don't have to. When it's time to get rid of clothing, though, you really don't want to throw it in a garbage bag as waste. Old clothing can and should be recycled and re-used, even if it's not looking in its best. If the clothes are really beat up, you probably can't donate them — most thrift shops won't take them, and giving ripped up, filthy items to a charity isn't advisable — so what should you do with them? You can still recycle clothes and shoes that aren't in good condition, it just might take a little extra work, but it's worth it, we swear. One of the easiest ways to get started, for me, is to look for textile recycling near me or clothes recycling bins near me. And you should do the same.

The Council for Textile Recycling says that the United States generates an average of 25 billion pounds of textiles a year in the form of clothing, shoes, accessories and more, which comes out to about 82 pounds per person. 85 percent of that will end up in municipal landfills, which can add up to about 21 billion pounds of post-consumer textile waste. Do you really want to contribute to that? Hopefully not, but unfortunately, the amount of clothing we toss in the garbage is only increasing. In 2009, the Council estimated that we would generate more than 35 billion pounds of textile waste in 2019.

What makes these numbers even worse is that almost all clothes and shoes are recyclable, even though only about 15 percent of textiles produced every year are recycled. Don't contribute to the wrong side of this. Learning how to recycle your clothing and shoes, even if they're not in great condition, is an important contribution to our environment. Scroll down for a few options on how to do so.

This article was originally published on Jan. 29, 2019