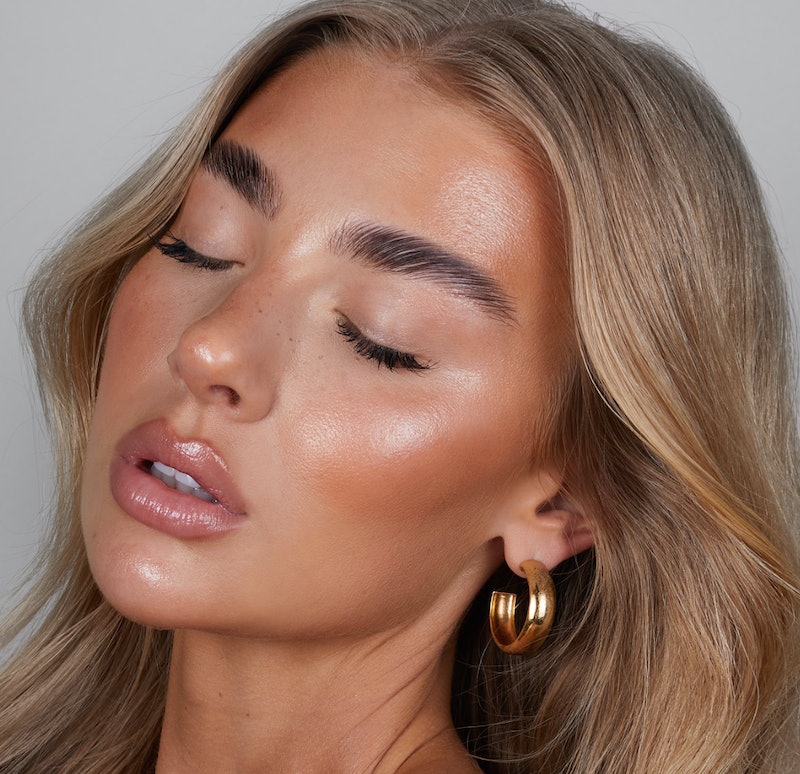 Jess Hunt’s REFY brow collection created such a storm online that the influencer could barely keep her products in stock. Fans of the social media star were desperate to get brows just like Hunt, and now it appears they’ll be able to get skin just like hers, too. That’s the premise of REFY’s Summer Skin collection, which is launching today (May 2) at 5 p.m. Here’s the crucial info you need to know about the range.

Back in February, Hunt revealed that she would be expanding her brow line into makeup for the rest of the face, and that the next drop would be “all about the skin.” The influencer has kept good on her promise, unveiling the Summer Skin collection lately on social media, which features three core products: a cream bronzer, blusher, and highlighter.

The Cream Bronzer (£18) is available in three shades, Sand, Tan, and Onyx. It claims to have a buildable formula that makes it easier to add warmth and depth to your face, and keeps the skin moisturised but not looking oily.

Similarly the Cream Blush (which also comes in three cute shades at £14 each) focuses on giving skin a dewy finish, and its ingredients list includes silica, which provides that fresh ‘slip’ effect.

The blusher has apparently been designed to enhance the natural colouring of your cheeks, but still has an impressive level of pigment.

Last up is the Gloss Highlighter (£18), which is a super versatile formula that can be used in a number of ways to achieve a natural radiance. For example, you could use it directly on the top of your cheekbones and at your cupid’s bow, or you could mix it with primer, foundation, or moisturiser for an all-over glow.

The three new products took 18 months to develop in total, and each were tested on a range of skin types and tones.

They drop online at 5 p.m. on May 2, but given that REFY brow line sold over 100,000 units in its first six weeks after launch (which amounts to three brow products every five minutes), it’s recommended that you get in there quick if you want to snap up yours.