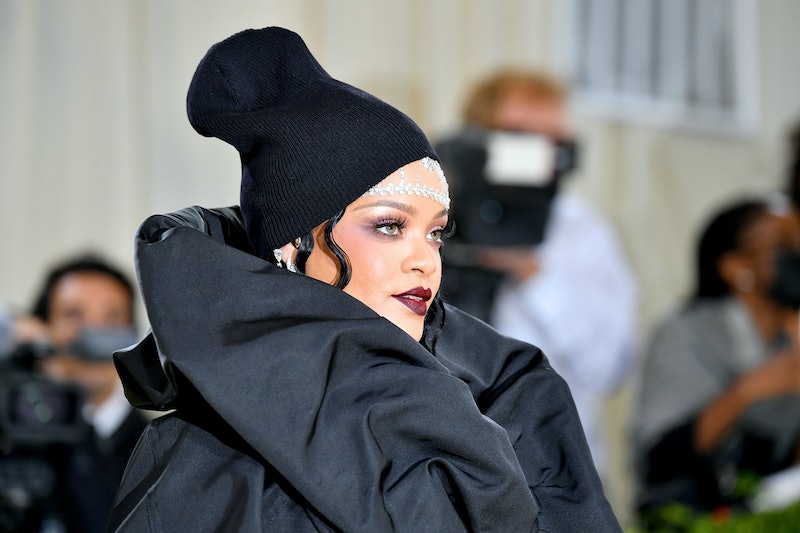 At long last, Rihanna has arrived at the 2021 Met Gala, a few hours late but ready to serve, just as we’d expect from the Queen of the Ball.

Walking the steps of the Met alongside A$AP Rocky, Rihanna wore an extravagant Balenciaga plush dress with a beanie hat worn over a sparkling headpiece. She complimented the look with jewelry by Bulgari and Nigerian designer Thelma West.

Some fans see the look as a glamorous take on American streetwear, meaning she interpreted the theme perfectly while giving visibility to a fashion category rarely given the praise and credit it deserves.

Her turn on the Met Gala red carpet, as always, was worth the wait. When the Vogue live coverage ended at 9pm EST, many suspected that perhaps the singer/entrepreneur wouldn’t be in attendance. However, an hour later, she arrived, just as New York City began to thunder and storm.

Beside her was A$AP Rocky who wore an IRL blanket-like coat on top of a perfectly tailored tux. It was cozy meets couture, and well, it was a lewk. The duo proved that they are the new fashion couple to watch.