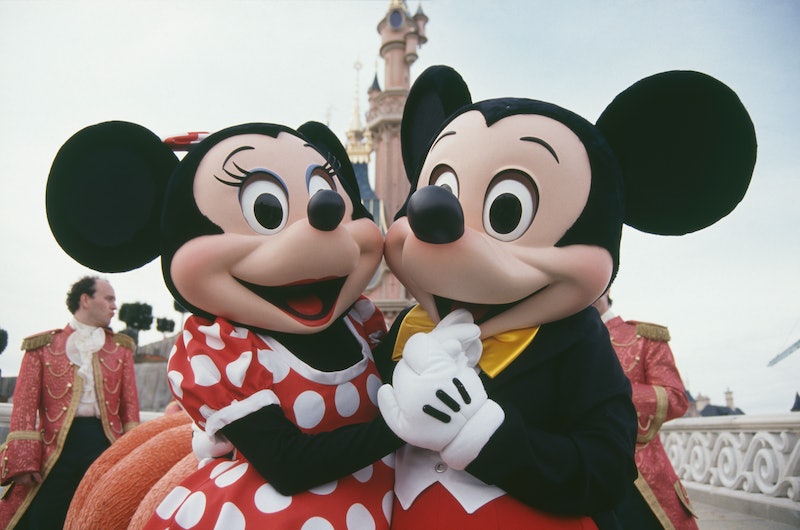 Stella McCartney has given Minnie Mouse a major makeover in honour of Women’s History Month 2022 in March. Disneyland Paris announced on Twitter this week that the cartoon’s new outfit is designed by the British fashion designer, and will also be used to commemorate the 30th anniversary of the park.

Minnie Mouse, known for her iconic red and white polkadot dress since 1920, has been given a more “modern” look, with McCartney designing a midnight blue pantsuit with a matching bow. Whilst keeping elements of her original polkadot style, the cartoon’s yellow pumps were also swapped for a pair of black flat shoes.

“I wanted Minnie to wear her very first pantsuit at Disneyland Paris, so I have designed one of my iconic costumes – a black tuxedo,” 50-year-old McCartney said in a statement. “"What I love about Minnie is the fact that she embodies happiness, self-expression, authenticity and that she inspires people of all ages around the world. Plus, she has such great style!”

This new design is also underpinned by McCartney’s passion to ensure that all her designs are sustainable as she adds that the blue tuxedo will be made with “responsibly sourced fabrics”.

Although Minnie Mouse isn’t the only Disney character to wear skirts and dresses, the pantsuit design has caused division. TV personality Candace Owens spoke on her disapproval on Fox News by suggesting that it’s a distraction tactic from “real issues” and the creators of this are “bored”, with many of her followers agreeing with her. One Twitter user compared the pantsuit to pyjamas, while another said: “I’m sorry, but that’s ugly sis.”

Some users took the opportunity to poke fun of the look, comparing Minnie Mouse to Kris Jenner and Hillary Clinton. Others praised the new style, including American singer Maden Morris who welcomed the design. Posting a picture of herself in a pantsuit, she wrote: “Let Minnie Mouse wear a damn pantsuit”, which received positive reactions from her fans.

Minnie Mouse isn’t the only character to be given a makeover. In the 30th anniversary celebration promo video, Mickey Mouse can be seen wearing a reflective, pastel lavender and silver suit while strolling down Main Street, while Minnie switches her outfit for another new look: a pink dress and bow.