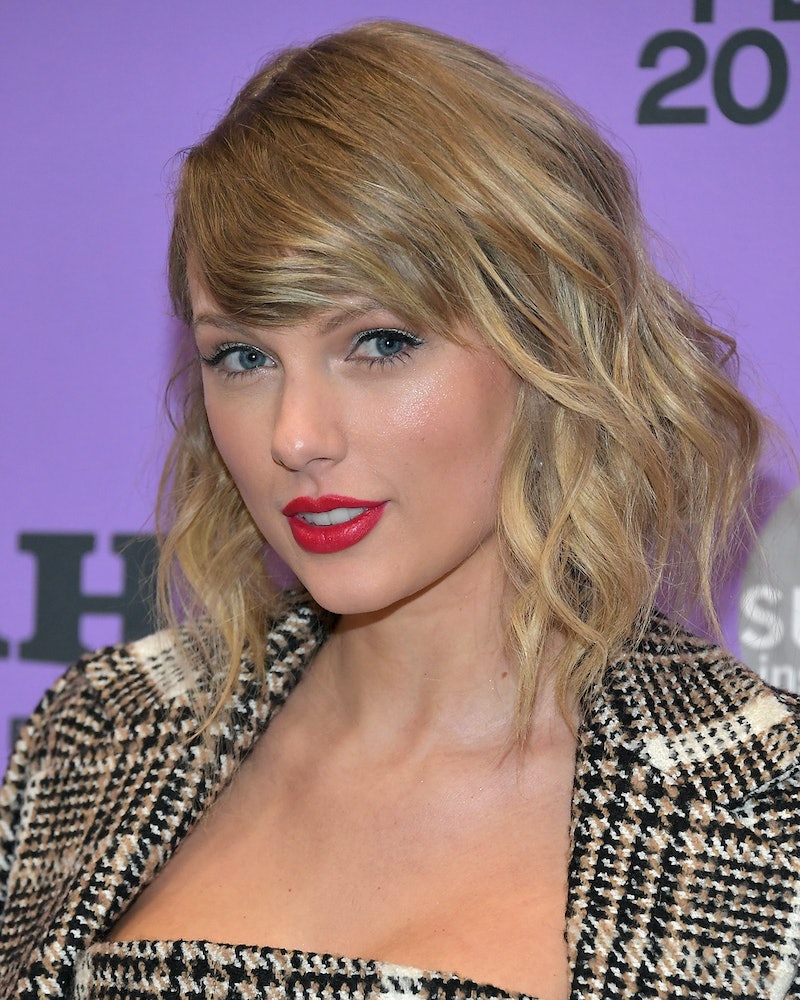 On Thursday, Taylor Swift surprised the world by announcing her next studio album Folklore. In a post to her Instagram account, she gave fans a look at the track list and announced the album will drop July 24. She also announced that her first music video will debut Thursday evening, and it turns out she did her own hair and makeup for it.

In an Instagram post of a still image from the music video for the new single "Cardigan," Swift thanked the creative team behind the video and explained that it was shot with medical supervision, masks, and social distancing. She finishes the post explaining that she did her own hair and makeup — likely due to an inability to social distance: "I even did my own hair, makeup, and styling," she wrote, accompanied by a crying laughing emoji.

In the photo from the video, Swift's blonde hair is pulled back in what appears to be two buns — the same style she wears on the album cover — and her bangs are wavy, falling just above her brows. As for her makeup, she's not wearing her signature red lip, instead opting for a more nude gloss. There is little, if any, makeup on her eyes, and her skin is glowing and natural.