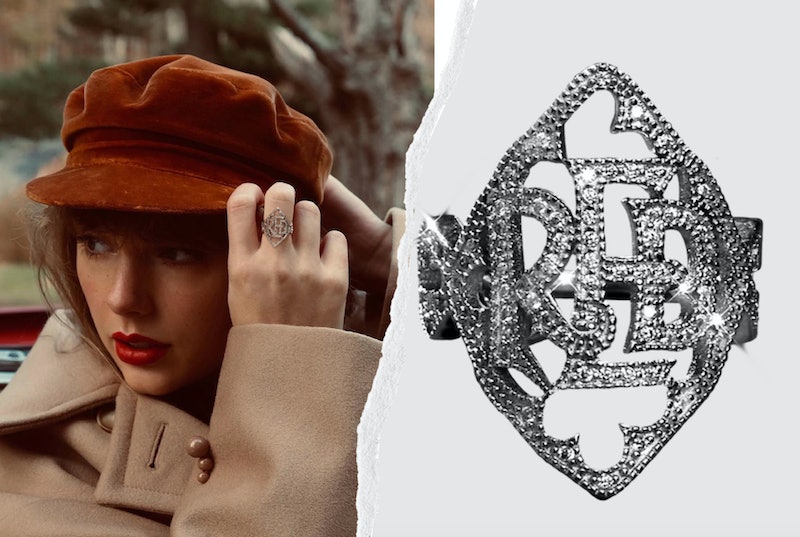 Taylor Swift’s Red album is one of her most memorable to date, gifting her fans with such hit records as “I Knew You Were Trouble” and “We Are Never Ever Getting Back Together.” While the music was passionate and timeless, Swift’s signature fashion look in Red was just as impactful. Now as she prepares to release Red (Taylor’s Version) on Friday, Nov. 12 in a move to reclaim ownership over her past records, the world is revisiting that iconic era of music and style. Enter: red lipstick, camel coats, cozy sweaters, and of course, that unforgettable Taylor Swift Red ring.

The ring, in particular, has a heartfelt story behind it. Designed by Cathy Waterman, the diamond and platinum jewel, dubbed the “Love” ring, was on Swift’s finger as she recorded the first version of Red. To commemorate the new album, Swift asked Waterman to design a new version of the ring, using the same silhouette with a new inscription that simply reads “Red.” “The style is meant to reflect the wonder of life as well as the prickly parts,” Waterman told The Adventurine of Taylor Swift’s Red ring. “It’s a bit of a metaphor for the challenges and the joys.”

Ahead, shop items inspired by the new album, from the official Taylor Swift Red merch to a replica of the ring from her album cover.