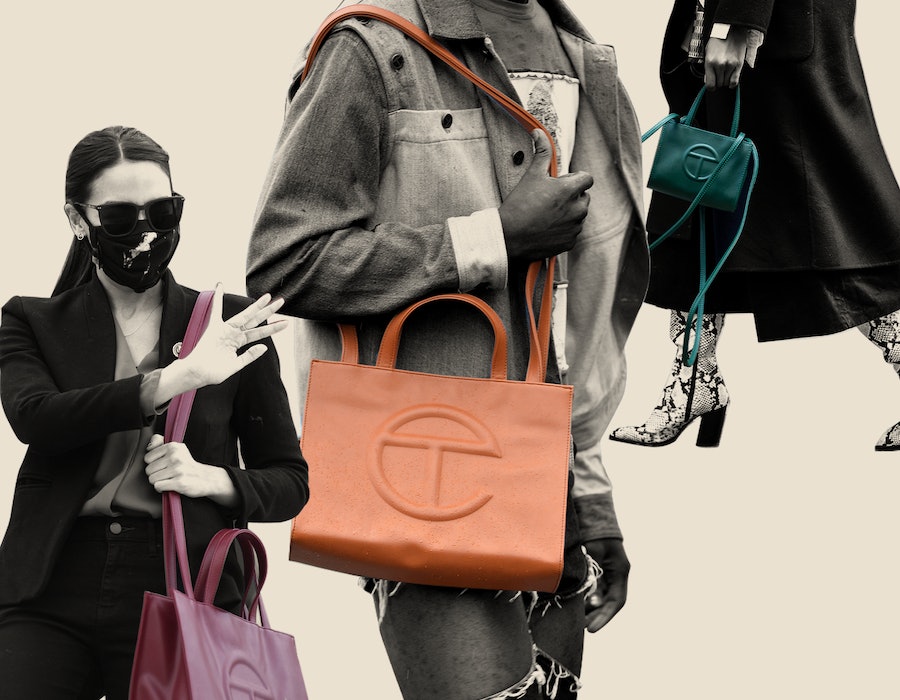 Tyra Baltram desperately wanted a Telfar Shopping Bag, the faux-leather carryall that has been dubbed by makeup artist Xya Rachel the “Bushwick Birkin” for its status among Brooklyn creatives.

Unlike an Hermès Birkin, which costs tens of thousands of dollars, a Telfar bag retails for just $150 to $257. Its customer base is diverse, embracing queer people, people of color, and people of all backgrounds. Its tagline is “Not For You, For Everyone.”

Yet like a Birkin, the Telfar shopper is nearly impossible to get.

“I was literally having dreams about Telfar bags,” recalls Baltram, a 25-year-old who lives in Montreal and works in quality assurance.

Baltram signed up for email notifications from the brand for its product “drops.” She set seven different alarms, so she could be online the second a sale started. She scoured Twitter for tips on how to nab one of the coveted totes. It didn’t matter. The purses would sell out in seconds, sometimes ending up on resale sites for three times the price.

“I felt like I would never be able to get one,” she says.

Then, in August, Telfar announced its new Bag Security Program. The 24-hour sale, held Aug. 19, allowed anyone who wanted a Telfar bag to pre-order as many as they liked — in any color and style. The only catch: Shoppers would have to wait until January to get their totes.

Telfar’s Bag Security Program goes against how every other “luxury” brand — from Chanel to Supreme — operates. But it may be a way forward. The made-to-order service produces minimal waste, since the brand isn’t producing products that may not sell (see the controversy over Burberry burning excess unsold goods back in 2018). It undermines the resale market, keeping revenue from bag sales in house — something that luxury brands like Chanel have trouble controlling. And it turns on its head the notion of “luxury” as something only a few can possess.

“When you think about it, the sort of factors that drive the luxury sector are scarcity and price,” says Keanan Duffty, director of the Masters of Fashion Management program at Parsons. Telfar, however, aims for ubiquity and affordability.

“That’s what makes it so interesting and unique,” says Duffty.

Telfar’s inclusive, socially conscious ethos is particularly au courant in 2020, but the brand has been around since 2005. That’s when Telfar Clemens, a Liberian-American designer who grew up in Queens, New York, launched his unisex label, which from the start took everyday items, like sweats and polo shirts, and distorted or tweaked them to create something new: a poncho hoodie, a tank top with arm holes on both ends, sweatshirt dresses that felt like fashionable Snuggies.

Telfar’s Bag Security Program goes against how every other “luxury” brand — from Chanel to Supreme — operates. But it may be a way forward.

The Telfar bag — a straightforward, boxy tote with double-shoulder straps and top handles — similarly draws inspiration from Bloomingdale’s plain brown-bag shopper. It debuted in 2014, but it became widely available after 2017, when Telfar won $400,000 from the CFDA/Vogue Fashion Fund and used it to increase production, adding more sizes and colors. Since then, it’s become a favorite among cool, progressive celebrities — like Solange Knowles, playwright Jeremy O. Harris, and Congresswoman Alexandria Ocasio-Cortez — as well as a viral sensation.

“It's a nice, simple everyday bag,” says Brooklyn-based stylist Kia Marie on the purse’s appeal. “It really provides a blank canvas for you to put your own stamp or style on it.” Sometimes literally, as with the artists who show off the Telfar bags they’ve painted on Instagram. “It’s not only affordable and accessible,” says Marie, “it's inspiring people to create.”

By summer 2019, new shipments began selling out on Telfar’s website within hours, then seconds. And while many of the orders were genuine, some frustrated customers thought bots were buying up the merch — particularly since the bags would resurface on eBay and Grailed for up to $700.

The Bag Security Program eliminates this risk. And while a Telfar representative tells Bustle that there aren’t plans to do another Bag Security Sale at the moment, they also say that “it’s not not a possibility.” After all, there are definite upsides for the brand.

“It makes sense for anybody who is producing fashion [right now],” says Adrienne Jones, professor of fashion design at Pratt Institute.

“What Telfar has done so smartly is they've thought about, ‘We're a small brand, we have limited resources, but we want to participate [in the fashion industry] — how do we do it in a way where we sort of flip the script?’” says Nadia Tuma-Weldon, a lead at McCann’s Global Luxury Practice. She points to their partnerships with the likes of Kmart and White Castle, which have in turn helped fund Telfar’s interesting and fun Fashion Week presentations — such as a mosh pit where models crowd surfed through the audience instead of walking a runway. “They're creative, because they don't have unlimited resources, but they’ve been able to frame that in a way that’s aspirational or desirable.”

Even Telfar’s most expensive shopper costs $250 — as opposed to, say, $800, like one of Stella McCartney’s vegan leather totes — because Clemens wanted someone to buy a bag from the money they made after one night spinning in the DJ booth.

Duffty says the bag does run the risk of becoming oversaturated and losing its desirability or cool factor. But Jones says that its inclusivity is part of what makes it so attractive.

“The whole idea was to make luxury items accessible to the Black and brown community, the gay community,” she says, adding that these groups have historically been ignored by the larger fashion industry. Now, with the racial reckoning following George Floyd’s killing, “there’s been a big surge in social media to buy Black. … For people of color to support a designer of color — it becomes an issue of pride,” she says.

That’s why Shinese Brathwaite tried four times to buy a Telfar carryall before finally nabbing two — a small red one for herself and a small orange one for her daughter — during the Bag Security sale. “I love that it’s a Black-owned brand,” says the 37-year-old event producer, whose family emigrated to the United States from Guyana and who now lives in Bushwick. “Supporting Black businesses is really important to me — it’s something I’ve been doing in my work for five years. That’s why I am so, so happy I finally got a bag.”

“The whole idea was to make luxury items accessible to the Black and brown community, the gay community...For people of color to support a designer of color — it becomes an issue of pride."

As for Baltram, she ended up securing three Telfar purses: two medium-size carriers, in cream and white, and a small one in olive green. And she doesn’t care if everyone else in the world did, too. In fact, that’s the point.

“It is just this great statement piece that I feel brings people together,” she says. “It makes it feel like more of a community.”