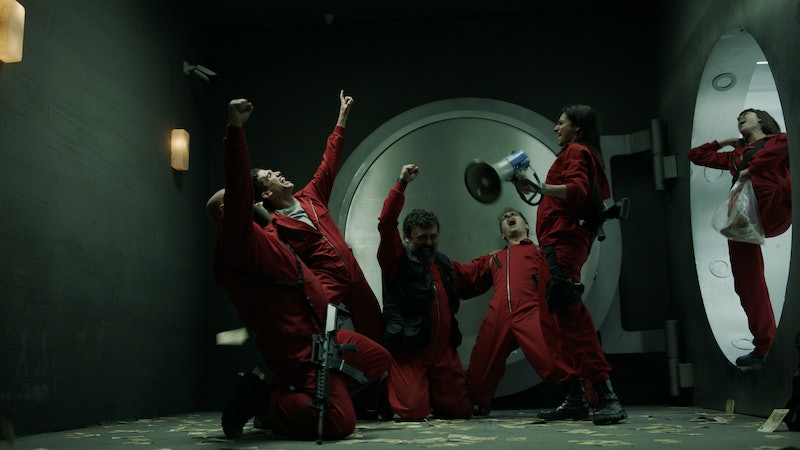 After four months on the streaming site, Money Heist became the most-watched series in a foreign language on Netflix, which has since been taken over by Squid Game. That’s not to say Money Heist has waned in popularity. While the series has come to an end after five seasons, Netflix is already planning a spin-off series focusing on Berlin (played by Pedro Alonso), the brother of the notorious Professor (Alvaro Morte).

If you’ve yet to watch the show, its premise is pretty much what the name suggests. Money Heist follows two major heists on the Royal Mint of Spain and the Bank of Spain, both of which are prepared by the Professor. The story is told from the perspective of one of the robbers, Tokyo (Úrsula Corberó), as the heists take place.

While many fans will probably be after the Salvador Dalí-esce masks and the red jumpsuits, UK entertainment store Zaavi is offering a pretty extensive fashion and hoeware range for the series just in time for Christmas.

Whether the Money Heist fan in your life is after some pretty cool shirts and jumpers or a blanket and throw to spice up their living room, there’s plenty to choose from. There are also some pretty decent offers, including 4 mugs for £12 with a free coaster, as well as a Money Heist bundle for £34.99 which includes the Distorted Dali Mask Unisex Sweatshirt, the Dali Mask Fleece Blanket, and the Dali Mask Square Cushion.