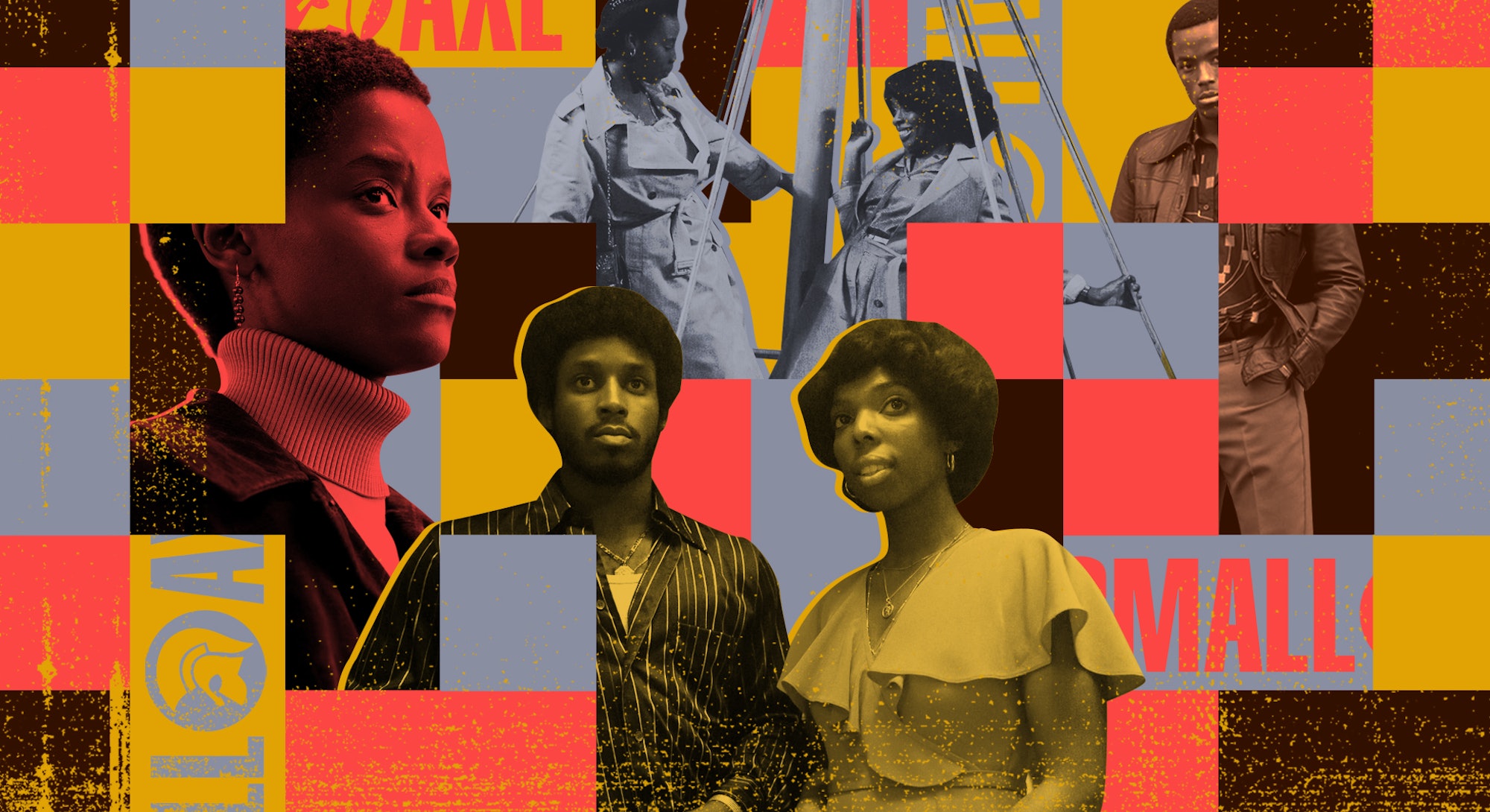 Taking place in ‘60s Britain, Small Axe and its costume work take us to the heart of the London Caribbean community from the very first scene. With functional wardrobes and earth colours, Western influences and African pieces, the fashion in Small Axe encapsulates the intricacies of British Caribbean identity, through carefully chosen pieces that descendants can still identify with today.

Lisa Duncan, costume designer for Mangrove (the first film in the series), based the wardrobe design on photographs and archived footage of the Mangrove Nine. But the project was not just something to add to her portfolio —Duncan used her personal heritage and archives to get a better grasp of the era’s fashion. “My father’s side of the family is from the Caribbean. I was lucky to be able to go through my family photographs. I also have memories of some of my family members who lived in that era; I based some of the characters off of these memories as well,” Duncan says.

With pieces of African and Indian heritage, the stylists layered the different influences of the community of the time, without forgetting pop culture references. “The Mangrove Nine were wearing African clothing, dashiki tops and Indian fabrics as well, from old footage. That was a time when Black people and immigrants in this country were looking towards Africa, so they wanted to wear those clothes,” Duncan explains. Duncan also describes how she took inspiration from a photo of a young Mia Farrow for the look of member of the Mangrove Nine Altheia Jones-LeCointe’s first appearance on screen. “The colour was so beautiful, I just knew that would really suit her and give a lift to the scene; and it’s the first time we see her, in the factory with the workers.”

Of course, wardrobe building also comes from an understanding of the characters personalities. “I felt very strongly that they would be representing themselves and their community, and they would try to look as smart as possible,” Duncan says. She also explains how understanding the dynamics in the Caribbean community at the time helped her imagine how the Mangrove Nine would carry themselves, especially for a few of the court scenes. “They were in court for eleven weeks. It was important to me that they looked dignified — they were also very young, so they would probably not have gone to buy a formal black suit.”

In a racially tense environment, the Caribbean community and the Mangrove Nine relied on each other. This is something that can still be seen today, as the Caribbean community is a very tight one. Fashions and cultural habits reflected that, and as Duncan explains, so does the Mangrove wardrobe styling.. “We had to make the carnival dancer’s costumes,” she says. “I really liked the way these costumes came together for those scenes because it was meant to show the joy and the community spirit.”

The show also provided a moment of recognition for today’s British Caribbean community, who found themselves falling in love with its look and its characters. This is, of course, because of the series' storytelling, acting, and accurate depiction of events; but the Internet could also relate on a personal level to the fashion they saw on screen.

One Twitter user wrote “Seeing my dad’s fashion though!” While another one tweeted “Not sure what I’m loving the most about Small Axe, Lovers Rock so far: the tunes, the fashion, the food or the wallpaper.”

The stylists managed to make the series relatable and realistic for those with Caribbean heritage, who could recognise themselves or their family members in the show’s characters and their clothes. Duncan says it best herself: “My father was around at the same time as the Mangrove Nine, and I know how much he liked to dress up and how it was back in the day. There were loads of references from my family photographs that were lovely to weave into the characters.”

Duncan’s main takeaway from her twelve weeks of work on Mangrove was a sense of the privilege of being able to represent these people; “I would dress them up as if they were my family. I wanted to give them the confidence they needed to go into that court where they were treated like subhumans. I’m incredibly proud and grateful to have been able to do that.”

You can watch the final part in the Small Axe series — Education —9p.m. December 11 on BBC One, and see the previous films on BBC iPlayer in the UK and on Amazon Prime in the U.S.