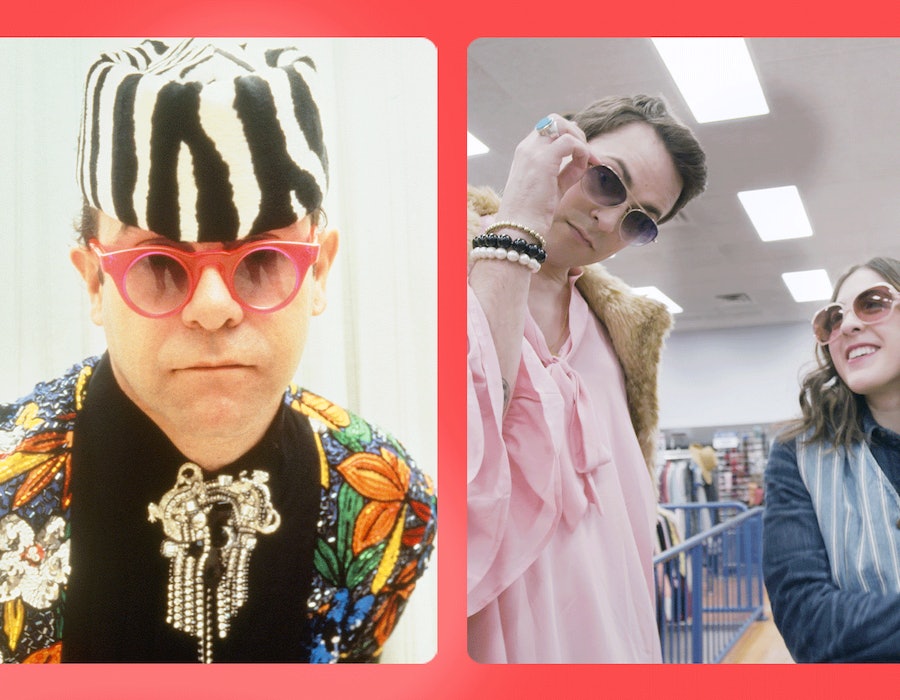 Elton John is known as an international musical sensation. His monumental success often overshadows the fact that in the early days of his career, he was very much an outsider coming to terms with his sexuality. As his career grew, Elton regularly used camp and attention-grabbing red carpet fashion to make a statement on culture, class, and gender, as well as push back against the stricter norms of the establishment.

In the latest episode of Thrift The Legend, Diana is joined by a familiar face, Bustle Creative Director Bry Crasch, as the pair try to channel iconic Elton John looks from designers like Bob Mackie, Alessandro Michele, and Yohji Yamamoto.

In our series Thrift The Legend, Bustle Art Director Diana Weisman is taking inspiration from the icons, real and imagined, to see if she can create their looks using only thrifted items.

This series was filmed in February 2020, prior to the implementation of social distancing guidelines nationwide.

Special thanks to Goodwill NYNJ for hosting Diana during her thrift haul. You can visit them at 103 W 25th St., New York, NY 10001.

Goodwill Industries empowers individuals with disabilities and other barriers to employment to gain independence through the power of work. Make sure to support them as all Goodwills are nonprofits.

More like this
8 Bennifer Outfits That Stand The Test Of Time
By Avery Matera
Megan Fox & Machine Gun Kelly Are A Masterclass In Emo Couple Dressing
By Avery Matera and Allie Fasanella
Emily Ratajkowski Wore A See-Through Top For Marc Jacobs' Runway Show
By Alyssa Lapid
Camila Cabello Wore A Pearl Bra On The Grammys Red Carpet
By Alyssa Lapid
Get Even More From Bustle — Sign Up For The Newsletter
From hair trends to relationship advice, our daily newsletter has everything you need to sound like a person who’s on TikTok, even if you aren’t.