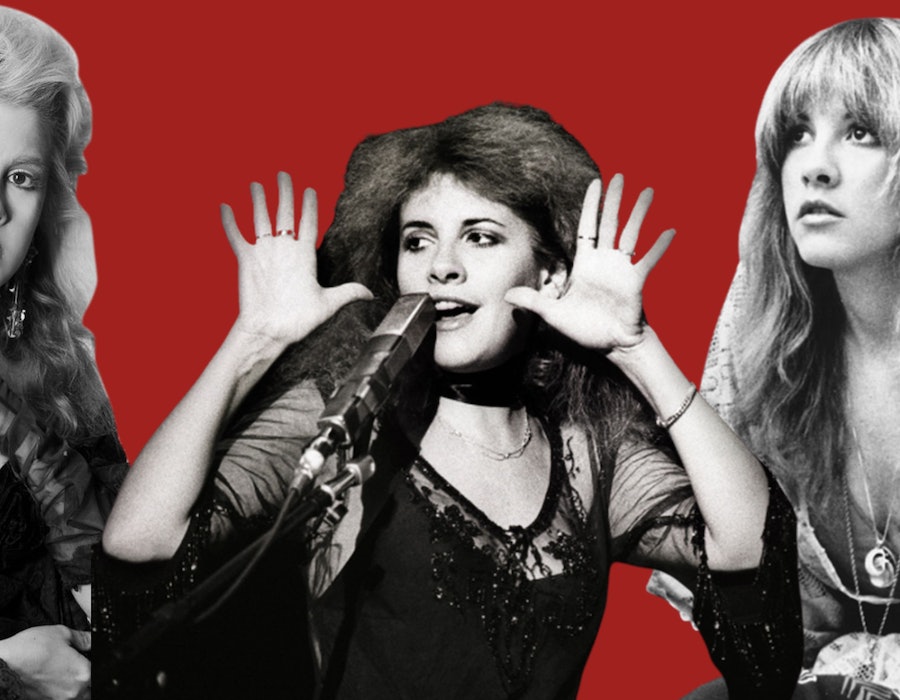 Stevie Nicks became an icon as the frontwoman of Fleetwood Mac in the 1970s. These days, she’s having an unexpected resurgence on Boho TikTok. What TikTok creators may not know is that Stevie is one of the most important women in music history, with a killer wardrobe to boot.

What’s most notable about Stevie is that her aesthetic has stayed consistent despite changing trends. Her look is all about gauzy, light fabrics, and billowy long dresses heaped with lace, velvet, and tapestry for luxurious texture. Stevie often sings about magical women who are out of this world, so it is to be expected that her style would reflect a hint of mysticism.

In this week’s episode of our latest series Thrift The Legend, Bustle art director Diana Weisman tries on the iconic songstress’s style, which has been inspiring the latest collections from designers like Chloe and Reem Acra.

Special thanks to Buffalo Exchange for hosting Diana on her thrift hunt.

This series was filmed in February 2020, prior to the implementation of social distancing guidelines nationwide.