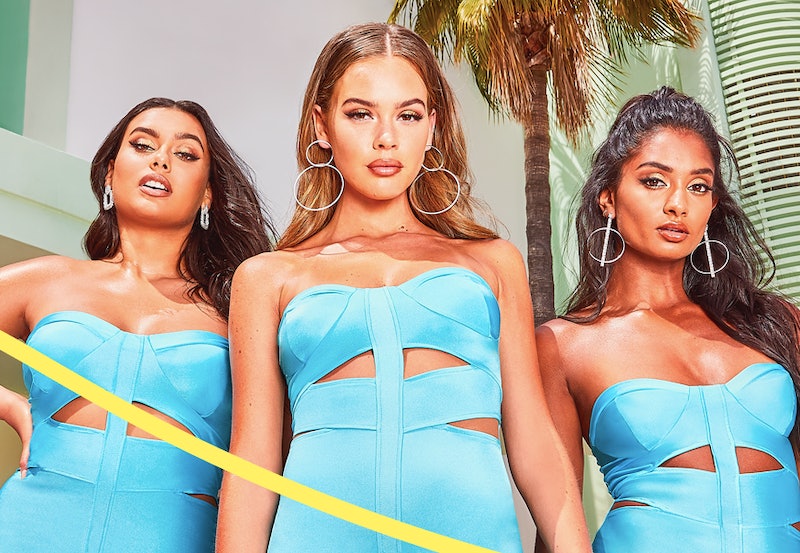 In recent years, campaigners, public figures, and activists have worked hard to shed light on how some of the most popular fashion brands mistreat their workers and contribute to environmental harm. However, extremely cheap deals and the convenience of online shopping has kept customers coming back. It’s likely that over the last week you’ve seen reports about unethical practices in the fast fashion industry, but there's one name in particular that's been making headlines. But why is Boohoo currently undergoing an investigation and what else is there to know about the case?

The Boohoo Group was founded in 2006 and it’s reported that in 2019, their sales were £856.9 million. As well as Boohoo and Boohoo Man, the company owns PrettyLittleThing, Nasty Gal, MissPap, Karen Millen, Oasis, Warehouse, and Coast. Many of these labels pride themselves on seriously low prices. However, an investigation into working conditions appears to have uncovered that garment workers are paying for it down the labour line.

Boohoo has hit the headlines over the last week as a Sunday Times investigation looked into a factory Leicester where clothing was being made for its brand Nasty Gal. A journalist spent two days undercover at the Jaswal Fashions factory where he recorded footage of himself packing items of Nasty Gal clothing. The publication reported that workers at the factory are being paid as little as £3.50 an hour. This is despite the fact that the minimum wage for people over the age of 25 is currently £8.72. The report also claimed that workers were continuing to work throughout the coronavirus outbreak without PPE.

Both Nasty Girl and parent company Boohoo have distanced themselves from Jaswal Fashions, saying it is not "a direct supplier." In a statement given to the Sunday Times Nasty Gal said: “Nasty Gal does not allow any of its suppliers to pay less than the minimum wage and has a zero-tolerance approach to incidences of modern slavery. We have terminated relationships with suppliers where evidence of non-compliance with our strict code of conduct is found.

“We will take immediate steps to fully investigate the allegations raised and if the allegations are substantiated we will ensure that our suppliers immediately cease working with Jaswal Fashions.”

Boohoo echoed these sentiments, with the Manchester Evening News reporting that the company believed "a different company is using Jaswal's former premises."

Boohoo added in a statement given to the publication: "We are currently trying to establish the identity of this company. We are taking immediate action to thoroughly investigate how our garments were in their hands, will ensure that our suppliers immediately cease working with this company, and we will urgently review our relationship with any suppliers who have subcontracted work to the manufacturer in question."

The Reaction To Allegations

In response to the investigation, Boohoo has denied responsibility but has said it’s looking into the claims made. In a statement they said, “we will not hesitate to immediately terminate relationships with any supplier who is found not to be acting within both the letter and spirit of our supplier code of conduct."

The workers rights group, Labour Behind The Label has already raised concerns about Boohoo's practices in their factory in Leicester after workers said they were "being forced to come into work while sick with COVID-19." In response Boohoo said it wouldn't “tolerate any incidence of non-compliance especially in relation to the treatment of workers within our supply chain".

Boohoo’s brands are sold on other retail websites. However, after the investigation was published, Amazon, Next, ASOS, and Zalando dropped the company from their platforms. Boohoo and its brands are known for influencer marketing, working closely with social media stars and reality TV faces to promote their clothing. However, some influencers including Jayde Pierce and Vas J Morgan have now distanced themselves from the company with Pierce writing on Twitter, “You have influencers promoting your sh*t constantly, making you millions, and THIS is what you’re paying people behind the scenes?! I’m truly disgusted and it needs to change. Speak up about this, people need answers.”

It’s been reported that Boohoo has asked a senior barrister to lead a review into the allegations made in the investigation.

What Can Be Done About To Combat The Fast Fashion Problem?

I asked Luke Smitham, a senior consultant at Kumi with expertise in responsible sourcing, fashion supply chains, and ethical trade, what he believes can be done about the fast fashion problem that sits at the heart of this Boohoo story.

But Smitham also points out ways in which individuals can contribute to tackling the issue: “Consumers with any budget can expedite this by rewarding companies that commit to making those changes and publicly discuss in a clear and understandable way the approaches they're trying, even if those approaches are not immediately successful. The old approaches aren't working, it's time for something new."

If you are looking to learn more about your clothes and where they come from, the Clean Clothes Campaign is an advocacy group that campaigns against fast fashion and their website has lots of helpful tips to get you started.