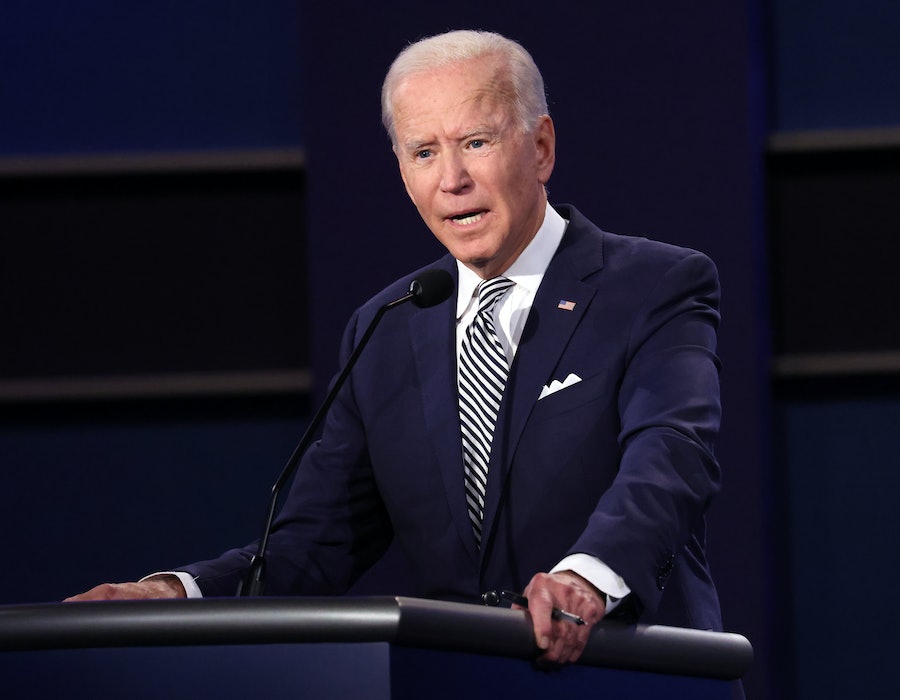 The first Presidential debate has already inspired "Will You Shut Up Man?" shirts. It occurred at Cleveland, Ohio’s Case Western Reserve University on Sep. 29, moderated by Fox News’ Chris Wallace. And, let’s just say, it wasn’t so much a two-sided debate as it was a one-sided conversation. Throughout the 90-minute event, President Trump paid no mind to the 2-minute time limits, running over on his own and speaking during Vice President Biden’s turn. He rambled on topics that were not at the moment being debated, and spewed facts that were — point-blank — untrue.

Biden, for the most part, kept his composure. After all, he was likely expecting exactly the spectacle he encountered. Except, of course, for that one moment…the soundbite that launched a thousand memes, overnight. At one point, Trump interrupted Biden as he was urging Americans (of all political affiliations) to get out and vote. At his wit's end, Biden put his hand down, nodded his head, and said, “Will you just shut up man?” And so, it began.

Quite literally overnight, new political merch was born. Even Biden’s own campaign is getting in on the fun, selling an official T-shirt with Trump’s face and the new pull quote.

Though it’s unclear how the country is going to sit another uncomfortable debate again, at least you can do so wearing some new political apparel.

Ahead, shop some of the best “Will you shut up man?” merch.

More like this
12 Red-Hot Valentine's Day Outfits Perfect For The Holiday Of Love
By Dominique Norman and Kelsey Stiegman
Spring 2023's Hottest Shoe Trends Include Moto Boots, UGG Minis, & More
By Allie Fasanella
13 Exciting Spring Fashion Trends That Feel So Fresh
By Allie Fasanella
25 Cute Ski Outfits That Look Hot & Keep Away The Cold
By Bella Gerard
Get Even More From Bustle — Sign Up For The Newsletter
From hair trends to relationship advice, our daily newsletter has everything you need to sound like a person who’s on TikTok, even if you aren’t.