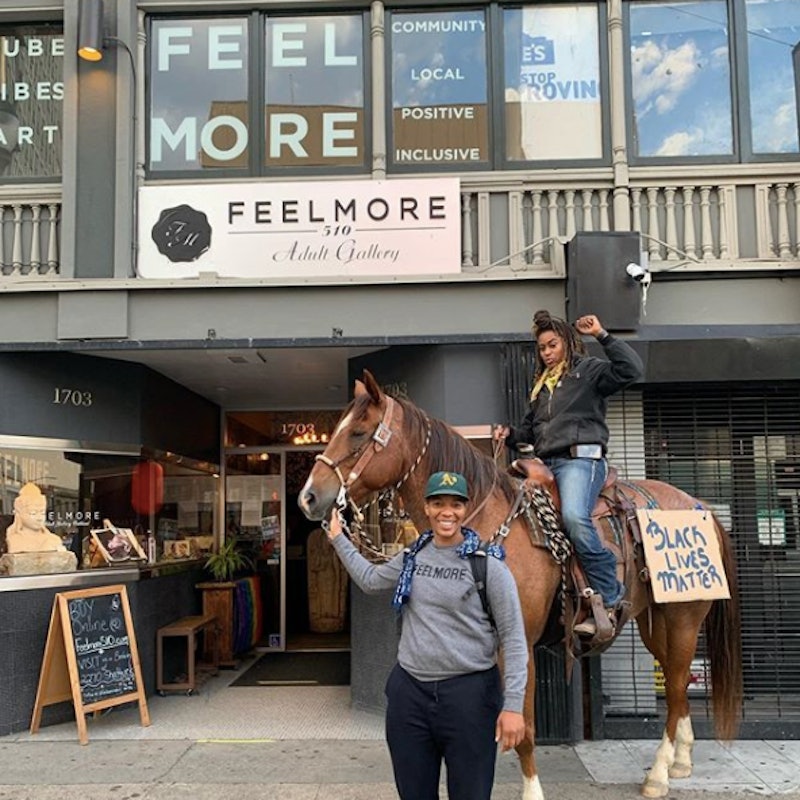 Long before the glitter and rainbow paraphernalia, Pride began because of the Stonewall Uprising, a police raid of a gay New York City club in June of 1969, which turned into six days of protests, largely led by Black and Latinx queer and trans people, like Marsha P. Johnson and Sylvia Rivera.

With this year's Pride coinciding with nationwide protests about racism, police brutality, and Black people being killed unjustly, it's imperative to reflect on history and all the Black queer and trans activists that forged the modern queer liberation movement.

The racial injustice Black Americans face goes beyond physical violence. According to a 2010 report by the U.S. Department of Commerce Minority Business Development Agency, Black-owned businesses are less likely to be approved for funding than white-owned businesses, and 2019 report by the National Community Reinvestment Coalition (NCRC) found that Black business owners are treated inferior at banks. In 2018, Forbes reported that if and when Black business owners do get funding, they're more likely to receive smaller loans with higher interest rates than white business owners.

If you're looking for a way to honor Pride in quarantine (or to generally do your part in dismantling systems of oppression), consider supporting one of these 16 Black LGBTQ small businesses.