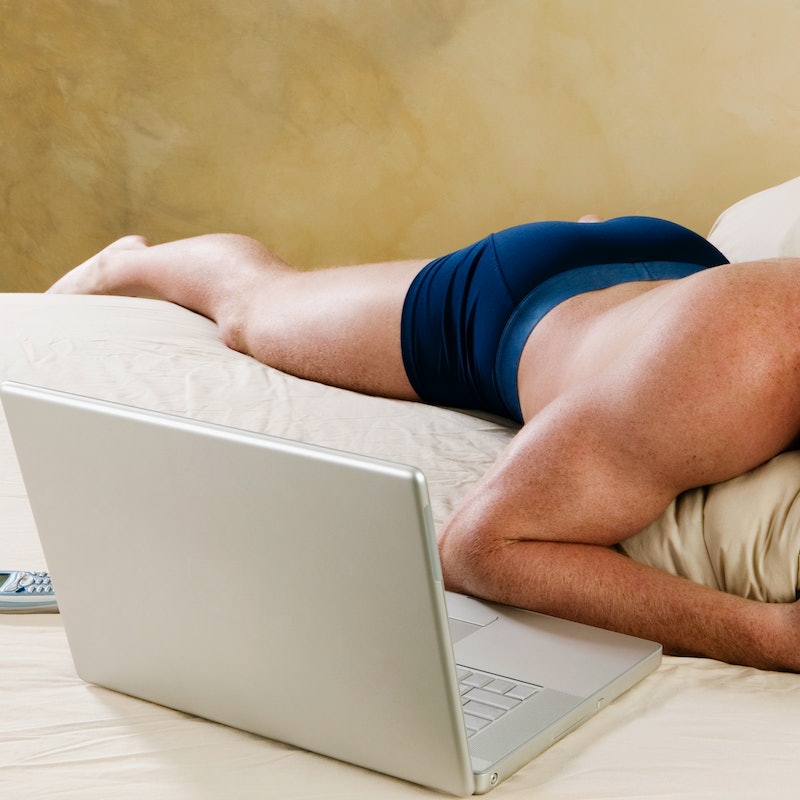 "It feels like pooping in reverse, but in the most pleasurable way."

"Since the prostate is the pleasure center, you feel really good and really aroused."

"If you're aroused and relaxed, then it feels amazing."

"The prostate is the male G-spot, so it feels analogous to getting touched in the most sensitive part of my penis."

"It feels deep and filling and good."

"It's tighter. Not as soft [as vaginal sex]. It feels unreal. It feels like a step above sex so it makes me feel more dominant."

"It doesn't feel that much different than vaginal sex, except tighter and not as well lubricated."

"It feels amazing. It's much tighter and there's more friction. Also, I'm a very dominant person and there's something naturally transgressive about it, which makes it hotter."

"It just feels better in general because of the tightness, but for me the dominance is an added bonus. It's like doggy style but I'm responsible for more of the work."

"The texture's different. It feels more slippery. I don't think its any better than vaginal sex, but there's something taboo about it that makes it hot. It's just something you do to be able to say you did it."

This article was originally published on July 9, 2015