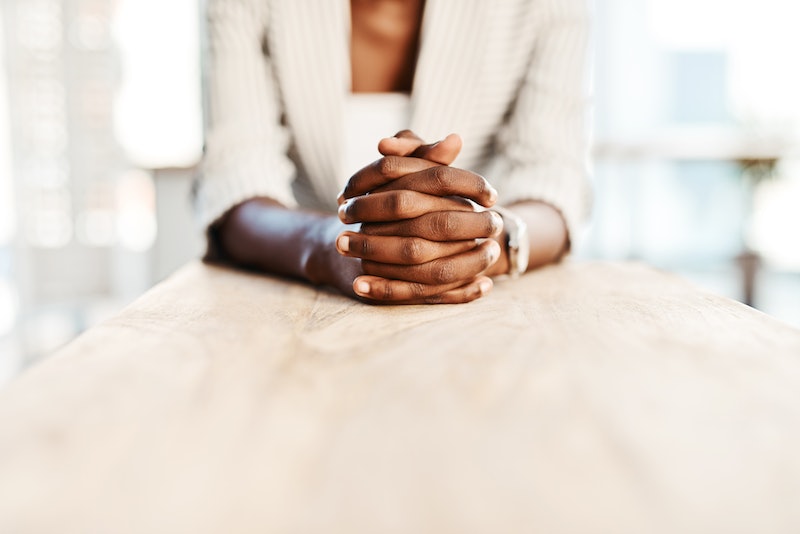 In March, just before lockdown, I was invited to a dinner party in Hampstead. A good friend of mine, Ben (not his real name), was in town from abroad and one of his friends had offered to host about fifteen of us. The house was double-fronted and the host very welcoming. I knew the others in attendance, albeit some better than others, having met them several times over the last few years through Ben. I was the only Asian and there were no Black people. Although it is second nature for me to scan a new room for other ethnic minorities in search of silent reassurance I’m not alone, I don’t do it at friends’ houses. Usually because the crowd is diverse but also because I don’t feel the need to. I am safe amongst friends, amongst liberals, in a house where the bathroom is stocked with Trump toilet paper - allowing you literally to ‘dump on Trump’.

I didn’t attend dinner parties when I was younger. Our version of dinner parties was to have everyone packed into a small living room eating off plastic plates with the adults talking over each other in a mixture of Urdu and Punjabi while the kids ran around screaming. That isn’t to say that since becoming middle class I haven’t frequented plenty and enjoyed most. At this particular Hampstead affair the predictable subjects of Trump (including the toilet paper) and Brexit came up as did the issue of class and, more specifically, dinner parties. A white, middle-class woman observed in a self-deprecating manner that dinner parties were terribly white and middle-class. We laughed collectively. An older man, a writer, sat across from me, said “We’re ok, though, we have a token Paki” and casually gestured toward me, smiling as he did so.

The room fell silent. My heart started pounding. With two words, a smirk and a small wave of his hand I felt like this man had momentarily stripped me of everything that made me who I was; my education, my work as a lawyer, my activism. He removed all the things that gave me the unconscious confidence to believe I belonged at that table.

In the long, drawn out seconds that followed I waited for someone to say something. Hoped that someone might intervene to stand in front of me to shield from what felt like an attack. I was amongst friends, I didn’t have my guard up, I wasn’t braced for conflict and so this joke felt like a punch to the back of the head.

“That language is not appropriate” I said, my voice quivering slightly.

“I know” the man snapped back without pause, “that’s why I used it”. He smiled again.

Another deep breathe. The other guests remained still. They seemed rendered mute. I had no choice but do what felt like making a scene.

“OK, and I am telling you that it’s inappropriate and you shouldn’t be using it” I said.

Another silence. Someone interrupted and hurried the conversation into a different direction. I don’t remember how because in the moment, all I could hear were my confused thoughts about whether I had a right to be angry and what or what not to do. I didn’t want to be sat there anymore but I didn’t want to be dramatic either. The rest of the meal I did my best to pretend that I wasn’t on the verge of tears. I smiled on queue and even made the odd comment here and there, trying my best not to appear the angry ethnic minority making a fuss out of nothing. At one point I got up to go to the kitchen to give my façade a rest and dignity a chance to recover. Ben followed me in and, at a whisper, apologised for not speaking up. I told him it was fine. That I wasn’t upset with him. That he wasn’t to blame.

At the very first opportunity to do so politely, I thanked the host and left. As soon as I got onto the street and out of sight of the house, I cried. Not a sob, just tears of frustration and of anger and of disappointment.

I want to be clear about something. In the grand scheme of racial injustice, of which as a criminal barrister I witness plenty, this incident was not a big deal, not even close. My life was not in danger, I wasn’t given a harsher prison sentence or denied an economic opportunity because of the colour of my skin. But I also want to be clear about something else. This article is not about racial injustice. It is about the risks associated with feeling like Instagram activism is enough. It is about silence when it matters most.

I was not angry with the older man. I was angry with Ben and the other liberals who remained silent then but are ‘vocal’ now. In the wake of the most recent race riots, Ben and others from the party took to social media with indignation to condemn racism. Where was this indignation only months ago? I don’t doubt that it was there. In fact, I know that it was because of the messages and calls that followed in the hours after I left the house. But all those words were meaningless. And the whispers in the kitchen cowardly. Audre Lorde wrote that ‘transformation of silence into language and action is an act of self-revelation, and that always seems fraught with danger’. Her words helped me to understand why it can be difficult to upset the status quo, the delicate and well-mannered order of things.

This article is not about racial injustice. It is about the risks associated with feeling like Instagram activism is enough. It is about silence when it matters most.

Ben and I met the next day. Although I wanted to be angry with him forever, to blame him for all the times I’ve been called a paki, or followed by a security guard, or mistaken for a defendant, or stopped by the police, or had my house petrol bombed by racists, I knew it wasn’t fair. He apologised, sincerely, and asked what he could do to make it up to me. I knew the answer. “Next time” I said “and there will be a next time - perhaps in a pub, or at a house party or in a park - don’t remain silent”.

I welcome the Instagram posts (including the blackout squares), the tweets, the online debate. But, it’s easy to demonstrate that you’re against something. It’s more onerous to show that you stand for something. Now that the most recent avalanche of tokenism has subsided, Black and brown people are still negotiating an obstacle course. The invisible obstacle course of daily and systemic racial injustices that our white friends and family don’t ordinarily see, let alone need navigate. So when you can see it or when you see someone struggling with it, find the courage to step in. Help to dismantle the obstacle course and if there are parts that take longer to dismantle, help us to get through it. Racism doesn’t just hurt Black and brown people and so, to think back to the words of Audre Lorde, your silence will not protect you. Although statements of solidarity online are no bad thing, more than fleeting insta-activism what we need is your courage because, ultimately, a black square won’t get us there.

Mohsin Zaidi's memoir, A Dutiful Boy, is out now.

More like this
What Dreams About Being Lost Mean, According To Experts
By Carolyn Steber
11 Surprising Benefits Of Journaling
By Carolyn Steber
LGBT+ Men Fleeing Afghanistan Were Denied Asylum By The Home Office, New Findings Show
By Sam Ramsden
Sarah Everard’s Killer Wayne Couzens Is Appealing His Whole-Life Sentence
By Sophie McEvoy
Get The Very Best Of Bustle/UK