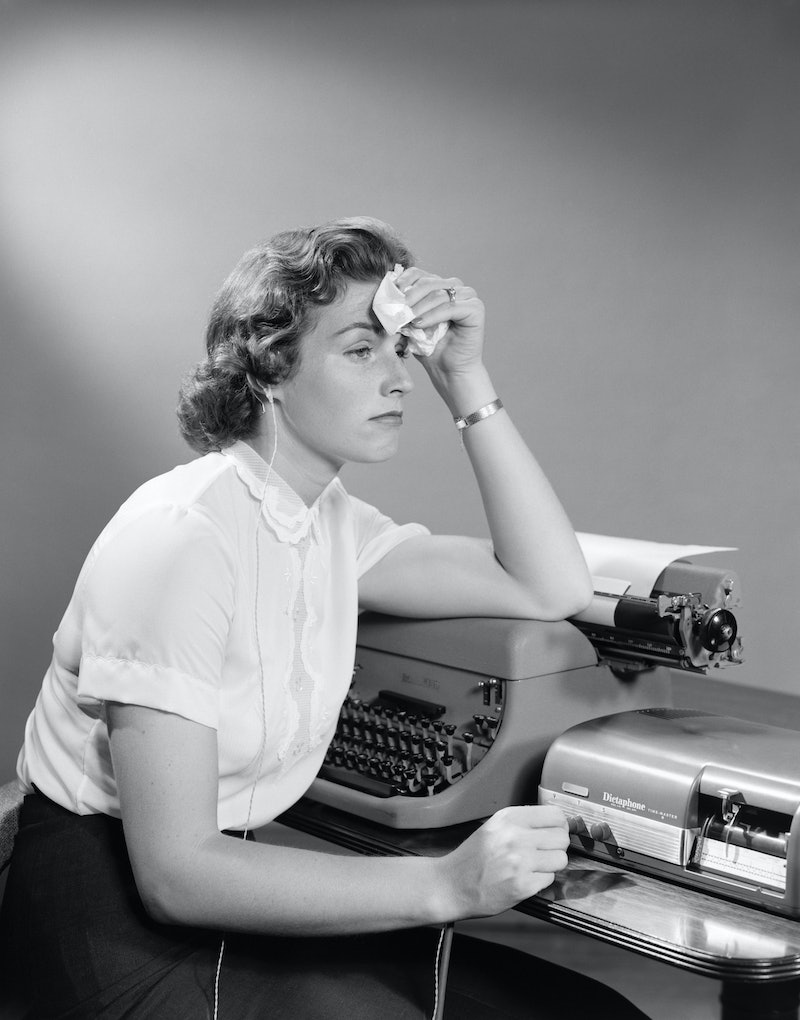 Running a fever is one of life’s most unpleasant sensations. When your body reaches a certain temperature — over 100.4°F (38°C), according to the Centers for Disease Control & Prevention (CDC) — you can deal with all the fun symptoms of a fever, from the sweats and shivers to muscle aches. Fevers are mostly seen as the result of infections or illnesses (though they can also be a passing side effect of vaccinations, like the COVID-19 jab), but it turns out you can also get fevers as a result of anxiety. Feel your body temperature peaking after a panic attack? You’re not imagining things.

“Yes, it’s possible for anxiety to cause fevers,” psychotherapist Nira Shah LMHC RYT, a provider with mental healthcare platform Alma, tells Bustle. A fever rooted in psychological causes rather than an illness is called a psychogenic fever. The mechanism is still pretty poorly understood, but in some people it does seem to be linked to anxiety-related stress.

“Anxiety and stress correlate with our sympathetic nervous system, which is our ‘fight or flight’ mechanism and links to both organs and bodily functions,” Shah says. When you’re extremely anxious, your sympathetic nervous system kicks into gear to prepare you to deal with threats. It pumps blood to your legs, boosts adrenaline levels, and may also make your body temperature spike.

“When this stress response is constantly triggered, it begins to take a physical toll, with sensations including sweating, increased heart rate, increased breathing, muscle tension, gastrointestinal concerns, and increased body temperature,” Shah says. According to a 2015 study published in Temperature, some people — particularly young women — can develop very high body core temperatures of up to 105.8°F (41°C) after severe emotional stress.

Normally, when you’re feverish because of an infection or the flu, it’s because the immune system is interfering with the action of your hypothalamus, the brain region that affects body temperature, making it think you’re colder than you are. That makes your body temperature rise, which is thought to help your immune cells kill off pathogens more efficiently.

But anxiety-related fever is fighting an outside threat, not an internal one. A study published in the Handbook of Clinical Neurology in 2018 found that psychogenic fevers can be caused by all kinds of chronic stressors, and also activate the hypothalamus, in the same way as infectious fevers do. But the immune system isn’t involved, which means they’re not really normal fevers. Another study in 2015 in Temperature recommended that the phenomenon should be called “psychogenic hyperthermia” instead, to avoid confusion. Hyperthermia happens when your body temperature spikes for a variety of reasons, including dehydration or overheating.

Shah says you may also experience fevers because anxiety hammers your body into the ground. “Anxiety may strain our immune system functioning, making it more susceptible to viruses and bacteria, which both can cause fevers,” she says. So if you get through an anxious period feeling relatively all right but then go down with fever and a cough, you’ve likely just caught a bug while your immune protections were low.