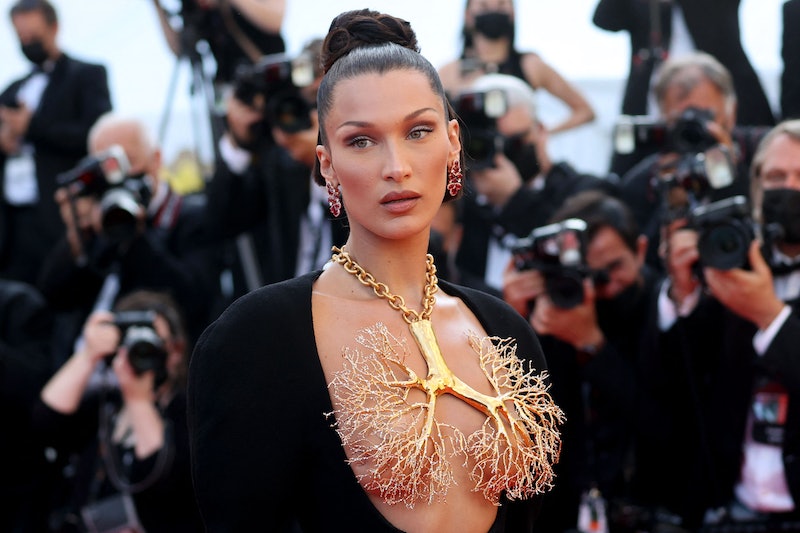 Supermodel Bella Hadid has spoken out about her mental health, admitting she has suffered a “rollercoaster” of “breakdowns and burnouts” in the past. Speaking candidly in an Instagram post to her 47 million followers, Hadid told fans who may be having a hard time with their own mental health that they are “not alone.”

Reposting a video of Willow Smith speaking about insecurity and anxiety, Hadid wrote that listening to Smith’s words made her feel “a little less alone” and had encouraged her to write the post.

In the video, Smith can be heard saying, “People forget that everyone is basically feeling the same way: lost, confused, not really sure why they’re here. That anxiety, like, everyone is feeling that - and trying to cover it up in some way.”

“This is pretty much my everyday, every night. For a few years now,” Hadid wrote. She posted the clip from Smith's video alongside a series of photos of herself in tears. “Self help and mental illness/chemical imbalance is not linear and it is almost like a flowing rollercoaster of obstacles… it has its ups and downs,” she added.

It's not the first time the model, 25, has openly discussed her mental health. Hadid has previously opened up about the struggles with anxiety and depression she’s had since she was a teenager, telling Women's Wear Daily in 2019 that it was “crippling” at times, adding that she felt “emotionally unstable” when working 14-hour days for four months straight at the beginning of her career, aged 18.

In January 2021, Hadid said she took a break from social media to focus on improving her mental health, and she revealed in an interview with Vogue in August this year that her straight-faced expression in during first few catwalk shows was because she was in “a really bad place physically and mentally.” Hadid also lives with Lyme disease, like her mother, Yolanda Hadid, which can make getting up “a struggle”, she previously told the BBC.

Hadid also had uplifting advice for anyone who is struggling with their own mental health. “Social media is not real. For anyone struggling, please remember that. Sometimes all you've gotta hear is that you're not alone,” the model wrote. “I've had enough breakdowns and burnouts to know this: if you work hard enough on yourself, spending time alone to understand your traumas, triggers, joys, and routine, you will always be able to understand or learn more about your own pain and how to handle it.”

“I want you to know, there is always light at the end of the tunnel, and the rollercoaster always comes to a complete stop at some point,” she comforted fans. “There is always room for it to start up again, but for me it's always been nice to know that even if it's a few days, weeks, or months, it does get better, to some extent, even for a moment.”