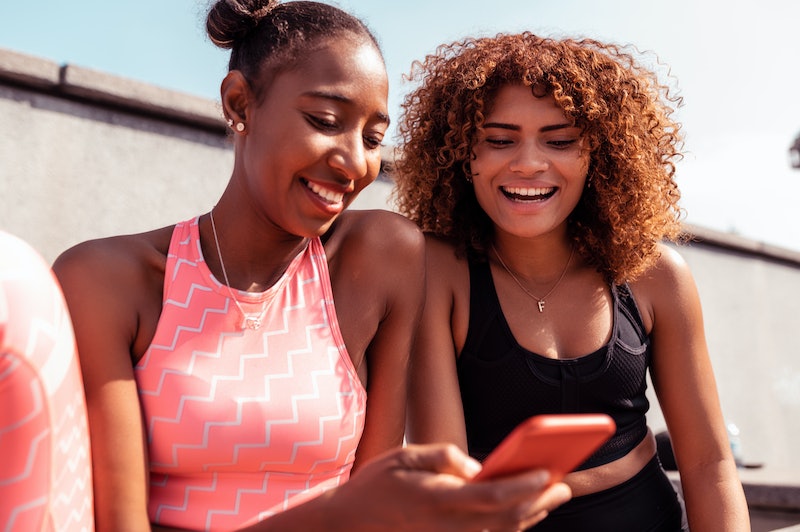 If you've come across the letters CC on TikTok, you either feel indifferent, annoyed — or totally relieved. They tend to mean the video features "closed captions" or subtitles, which spell out exactly what's being said.

According to CyberDefinitions, closed captions come in handy when the sound in a video is muted or hard to understand — maybe because there's a lot of ambient noise in the background, or the person isn't audible — as well as when a video is in another language, or someone is speaking with an accent.

You can search #cc on TikTok to find content with closed captions. In these videos, creators have transcribed what they said and manually added text to their videos. It's pretty darn thoughtful and ensures their videos can be viewed by a wider audience — and that, of course, increases their chances of trending.

A quick search for "closed captions on TikTok" reveals tips and tricks for hiding or getting rid of closed captions, with some claiming they're "extremely annoying" because the text often covers up part of the video. Others seem to be confused as to why some folks actually type out "CC" before their manually-inserted text, claiming that it's already obvious it's a closed caption.

Here's an example of "CC" typed out before captions in a (very funny) video honoring the amazingness that is Laura Dern:

If you've read this far, you're probably interested in CC's other meanings, too — so here you go. According to Urban Dictionary, it can occasionally stands for "cute couple," as in, "wow, you're such a CC" or "Emma and Jon would make a CC." A "C.C." might also refer to a woman who "possesses unparalleled hotness and athletic ability." And, perhaps juiciest of all, "CC" is sometimes even used to shade an ex with subtext.