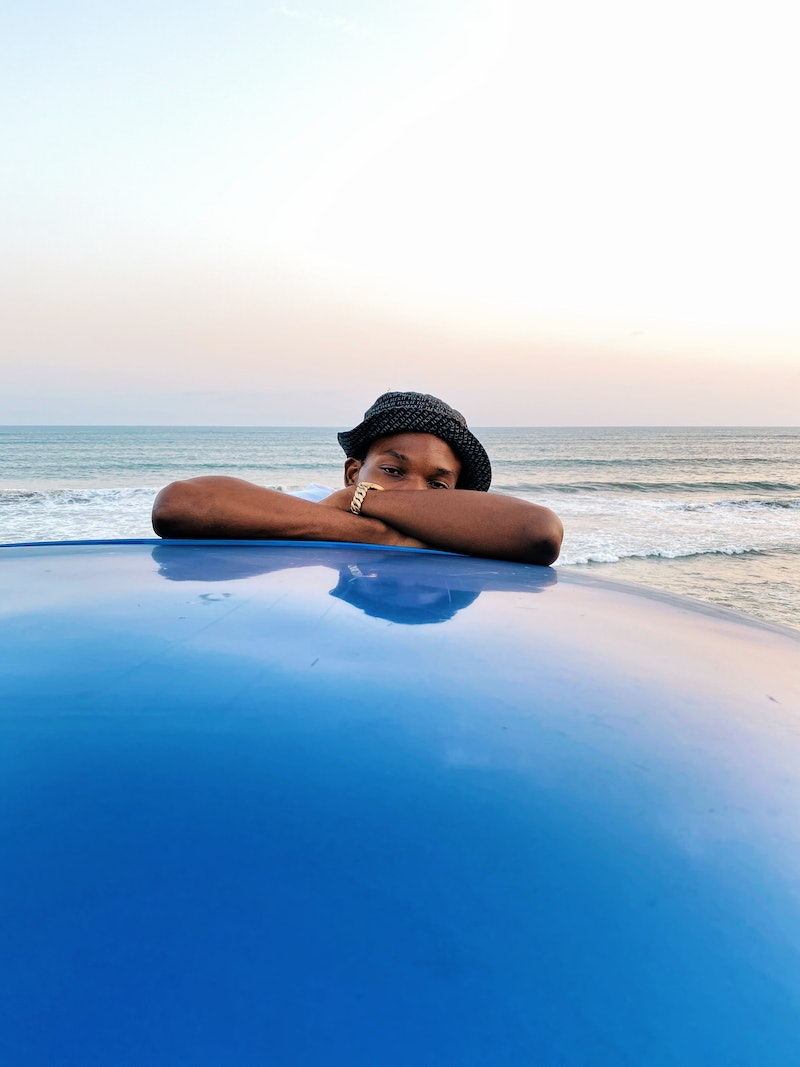 If 2020 taught us anything, it is that we cannot expect change to be as simple as posting a black square. The start of a new decade held a lot of promise, but little did any of us realise that – in addition to Brexit – we would also face a global pandemic, an anti-racism uprising, the deepest global recession since World War II, and a housing crisis. The UK’s Black communities have been disproportionately affected by each, with racism and discrimination identified as contributing factors in Public Health England reports. And yet, Black culture has remained the bedrock of entertainment, the arts, and culture. Which begs the question: How do we provide support and nurture those who are experiencing trauma while creating progressive art? I spoke to six Black creatives on how they have used art to reclaim their narrative, in spite of – and because of – the events of 2020.

Were it not for the pandemic, Travis Alabanza’s internationally-acclaimed Burgerz – celebrated for the way in which it increases the visibility of, and advocates for the queer and transgender communities in a nuanced, engaging way – would have been on a global tour this summer. Instead, they lent their social following and voice to other causes and grassroot organisations – including Free Black Uni, Colours Youth UK, and No More Prisons – through Hacked. “It was a really creative outlet for me as a way that I could use my practice and skills to be responsive and helpful during lockdown,” they tell me.

Alabanza recognises that some may see their work as rooted in pain, “but I think actually, as a gender non-conforming person, especially one that's racialised, we experience so much violence every day. We don't have a luxury to avoid all our violence, and so much of my work is about trying to shift the power dynamics in that violence.” As with Burgerz before it, that is also evident in their latest show, Overflow – a beautiful and brutal tour of women’s bathrooms and the sisterhood that’s often found there.

“For me, performance has agency,” adds Alabanza. “It allows me to create an alternative ending where I’m not harmed or disempowered. The fact that [Burgerz] managed to exist amongst that [violence], and not just exist, but thrive, is significant.”

“Lockdown has given me more time to reflect,” begins the Manchester-based creative, “and I have taken on social distancing as a creative parameter for creating new work.” As the Young People’s Producer at the Contact Theatre, Thompson has been focusing on offering online performances and workshops, producing short films for her new spoken word, and adding new skills to her artistic repertoire.

“Making a digital show means we've been learning loads of new skills,” she explains, “so this time has been about trying to start a conversation with my work and show people a new perspective.”

Mastering new methods also served as a stark reminder of how valuable freelancers are to institutions. “Freelancers are increasingly aware of how valuable they are, as well as how much venues need to do to adjust to working with us. Engagements, performances, exhibitions, etc. will have to be more intimate, unconventional and imaginative,” she says.

The pandemic brought a “sense of stillness and mindfulness, if you will, to my bubble,” explains Banji Chona, though she has missed the “physical proximity to places and people,” she admits. “It has honestly taught me that inspiration is never far or out of reach,” she says, reflecting on her new-found ability to listen to and nurture herself and her surroundings.

Until this year, and COVID-19, collaboration was Chona’s preferred way of working. “Collaboration is like water to a seed. Someone, somewhere will always know more than you do. For the sake of expansion, my art has allowed me to instill particular frameworks to be sponge-like and seed-like, in that I take in a lot, and also shed a lot,” she says of her new approach to creating artwork.

Her Zambezi Artchives project was born of the need to bring accessible, informative narratives of Zambian culture to life. “Though my art, I have been able to facilitate the forging and nurturing of positive, representative and relevant discourse on Zambian art and culture,” she tells me, “as well as the promotion for the deconstructing orthodox archetypes and normative ideologies of African socio-circles.”

Bristol-based poet and activist Solomon O.B was among the first to speak from the plinth where the statue of slave trader Edward Colston once stood, after it was pulled down during the #BlackLivesMatter march in June. “We keep the legacy of those behind us alive through our words and actions,” he says of his relationship with words.

Performing at various BLM marches over summer has been a cathartic way for him to process the trauma and express the pain. “My writing has been a way for me to document my own growth during this time, as well as observing and speculating on the wider effects of global events,” he explains.

The role of artists in these troubled times? “I feel like it’s the role of writers and artists to decode and translate the changing shape of our reality,” he says. “With the world changing shape so much and so quickly, it’s a super interesting time we are living in.”

“I started The Random Photo Journal as a way to focus on African unification,” Arinzechukwu Patrick explains of his independent publication, which studies life in Ghana, Nigeria, and Togo. “Forming collective memories and shared connections with those across the continent,” he says, is his way of celebrating the unique heritage of each, and thus counteracting the Western misconception of Africa as a monolithic culture. Standing in solidarity with the #BlackLivesMatter across the Diaspora is important, he adds, “because one way or another we are all connected through memories, family, friends, or places visited.”

Reflecting on the impact of the pandemic on his artist practice, Patrick has taken the time to reflect on his previous work, rather than rush to present newness. “I have taken this time instead to study my extensive archive and think about what other importance it can be of and how to get it seen by more people,” he says.“The feeling of being part of something bigger than myself has taught me to not take things regarding my creativity lightly.”

French illustrator Maya Mihindou uses her practice to question society by creating dystopian, abstract worlds, which both reflect and distort our perceptions of every-day life. “Towards the end of the first lockdown, I felt like my body was dry of art and nature,” she tells me. “During that time I felt petrified by the craziness of the situation. Drawing permitted me to break my own internal silence.”

Does the cathartic nature of her work mean people’s perception matters to her less? “Obviously, it's important to me to be able to ‘touch’ people in a way, but my images are purposely not always obvious.” It’s this abstruse edge that makes her work incredibly compelling.

Most recently, it has been the mistreatment of the most vulnerable in her hometown of Marseille that influenced her art. When the state failed to intervene, the local community came together to feed those in need. “It's like capitalism is the only muscle we have worked on for decades. We have to work on other muscles, collectively,” she says. “Knowing afterwards that the police will return to the streets of France to hunt the refugees they had left behind during lockdown, most of whom are Black, I feel how important this moment is.”