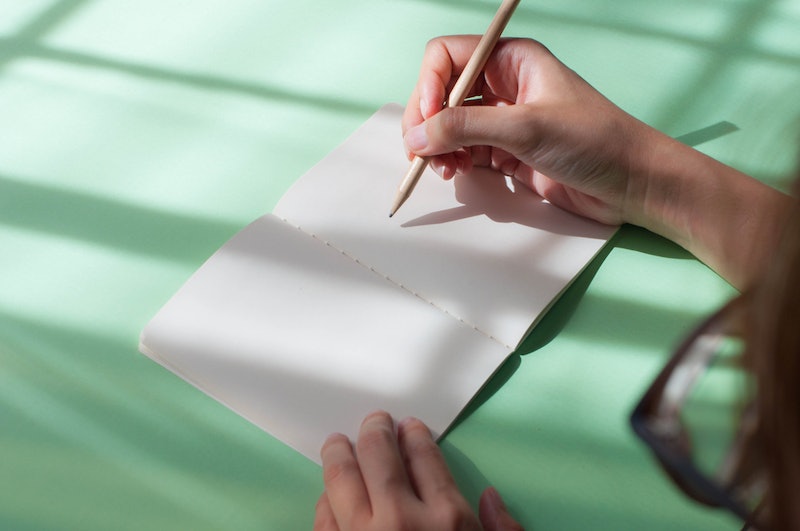 Makena, 24, needed some kind of birth control once she started pandemic-dating someone this past fall. Having dealt with a failed IUD insertion and an unsuccessful stab at the Pill years prior, she decided to try the NuvaRing. It made her “violently sick” almost immediately, a side effect that impacts about 6% of users. “I would gag even thinking about food,” she says.

Neither the NuvaRing nor the datefriend lasted the month. But Makena, an intuitive coach and medium in Colorado, decided that figuring out her birth control situation for good wouldn’t be the worst use of the pandemic. She decided to try Natural Cycles, the first FDA-cleared birth control app, which uses the fertility awareness method to prevent pregnancy.

Fertility awareness, sometimes called the rhythm method, involves a person tracking their menstrual cycle to avoid having sex when they’re most likely to get pregnant, right before and after ovulation. Beyond keeping a calendar to know how long your cycle lasts, you can observe your cervical mucus or monitor your temperature to figure out when you’re ovulating; using multiple methods together, per Planned Parenthood, makes it more effective at preventing pregnancy.

Makena was initially hesitant that taking her temperature every day could really keep her from getting pregnant, but Natural Cycles’ disclosure that it wasn’t 100% effective, along with educational resources in-app, made her feel more informed about her choice, and therefore more confident in it. She wonders, though, if she would have started using fertility awareness for contraception if not for the pandemic. “The pandemic gave me more time to really assess, ‘Is this feasible for me?’ and ... to try it.” The results have been impactful, not just for her physical health. She’s grateful to feel “more in touch with [her] body and its systems” by using fertility awareness.

She isn’t alone in her pandemic-induced desire to switch up her birth control: Google Trends data reflects spikes in searches for “fertility awareness” in March and April of 2020, when people were concerned about whether supply chains would make it harder to access contraception. You don’t have to go to your OB-GYN or even the pharmacy in order to start using fertility awareness, making it attractive for people who don’t respond well to hormonal birth control or who don’t want to use condoms.

OB-GYNs often say that the most effective form of birth control is the one a person actually wants to use. Natural Cycles claims it’s 93% accurate with typical use, meaning seven out of 100 people who use Natural Cycles will get pregnant after using the app imperfectly — more effective than a condom’s typical use rate of 85%. But fertility awareness, writ large, is controversial: it doesn’t protect against STIs the way condoms do, and it’s prone to user error.

“Fertility awareness, even if done perfectly — and it’s very hard to do perfectly — results in a lot of unplanned pregnancies,” Stacy De-Lin, MD, a gynecology and family planning specialist in New York City, tells Bustle. In her practice, she’s noticed an increase in people asking for more long-lasting birth control methods, like IUDs or implants. “By the time a patient comes to the doctor and asks to start birth control, it’s often because [fertility awareness] hasn’t worked for them or they know it’s unreliable,” she adds.

While De-Lin is adamant that all patients can find the right contraception for them, she wonders if the precariousness of living through a pandemic might swing people’s attitudes about birth control away from methods like fertility awareness. “There is so much uncertainty, so much job loss, so many people who are losing health insurance,” De-Lin says. “I hear patients saying that an unplanned pregnancy would be something even more difficult to have to deal with on this already all-over-the-place year.”

Some patients, however, say tracking their ovulation helps them feel more in control over their relationship with their body. Skylar, 28, switched to fertility awareness from hormonal contraception in December on the advice of her functional medicine doctor, who suggested that her medication may have been impacting some of her chronic health issues. Skylar says she feels “like a different person” since going hormone-free. “I have more mental clarity and I don’t feel tired all the time.”

The Georgia-based actor initially tried tracking her cycle through the Clue app, but stopped because the app is designed to predict when your period is coming, not when you’re ovulating. Skylar and her husband’s relationship is monogamous, and they don’t want kids, so he got a vasectomy four months after she started fertility awareness to ensure they wouldn’t get pregnant.

Even with this added measure of protection in place, Skylar plans to continue tracking her cycle because of how much she enjoys being in tune with her body. She wishes she had learned about fertility awareness before she’d been on birth control for half her life. “I feel really empowered now and know my body better,” she says.

Correction: A previous version of this article misstated details about Natural Cycles' FDA clearance. It has been updated to include the correct information.