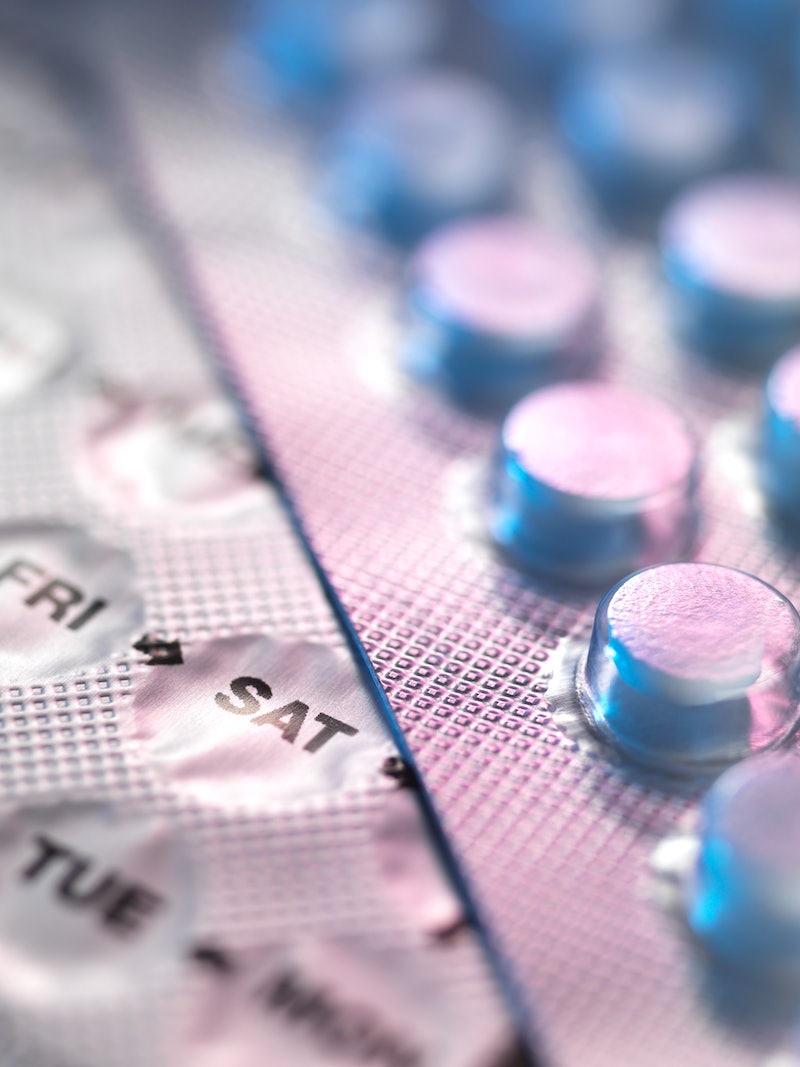 Anna, 24, lost both her jobs — substitute teaching and waitressing at a comedy club — on the same day in March, as COVID-19 lockdowns hit. Almost immediately, her thoughts turned to her birth control.

“Obviously, I am not financially ready to have a child,” she tells Bustle. Though she’s still on her parents’ insurance for two more years, losing her jobs made her realize that actually, maybe an IUD made more sense than the pill she’d been taking for nearly a decade. “I don’t know if I would have chosen an IUD” if it weren’t for the pandemic, she says, but she ultimately made the switch “out of fear that I was going into the world with no job, and wanted to get my birth control all lined up.” Now, as she applies for full-time teaching jobs during a very uncertain back-to-school season, she’s secure knowing she’s covered, contraception-wise, for the next five years.

With over 5 million Americans losing their health insurance thanks to coronavirus-linked layoffs, some people with periods feel they’re losing choice over their birth control decisions. According to a survey conducted by the Guttmacher Institute, one in three women have had trouble accessing birth control since March. The pandemic has made birth control users switch methods or skip coverage altogether because of lack of consistent availability, they say, or a fear of losing what access they do have.

How The COVID-19 Pandemic Is Affecting Birth Control Choices

“Losing access to birth control is a big concern during the pandemic ... as more people are losing jobs and employer-sponsored health insurance,” Robin Watkins, CNM, WHNP-BC, the director of health care at Power to Decide, the national campaign to prevent unplanned pregnancy, says. She adds that people’s inability or unwillingness to see a doctor in person is an additional worry.

Chrissy, 25, dealt with these issues firsthand when she moved back to her home state of West Virginia to ride out lockdown. She’d been on the Pill on and off since she was 17 when her yearly prescription ran out in March. She assumed that getting her birth control at home wouldn’t be that hard. But her rural community’s health center said she’d have to see a doctor in-person in order to get her refill. These kinds of policies, which the American College of Obstetricians and Gynecologists (ACOG) cites as barriers to birth control access, are common to ensure patients come in for their annual well-woman visit.

“I wasn’t comfortable going to a doctor’s office at that point,” Chrissy says. So she simply went off her birth control until July. She had “really serious cramps for the first time in years,” and her periods doubled in length. After several weeks on a waitlist, she finally saw a doctor 45 minutes away, who renewed her prescription without an issue.

Her body is reacclimating to being back on hormonal birth control after a months-long break. Despite the nausea and mood swings, her main feeling is relief. “Luckily, I have a job where I could take time during the day to manage going to my appointment. I live in a rural area where public transportation is non-existent, and I’m privileged to have a car and be able to afford gas.” She adds, “But not everyone is as lucky as me.”

I don’t think it should have to be as overwhelming as it is.

Jacqueline, 25, also had to skip the Pill after being told she had to see her doctor to get her prescription renewed. The first in-person appointment available was in December, and the office’s telehealth service didn’t have a date open until after she needed her new pill pack. Like Anna, she’s thinking about when she’ll no longer be on her parents’ insurance in a year, and considering getting an IUD when she can get in to see the doctor.

Contraception isn’t just about preventing unintended pregnancy; for many people, it’s critical medicine needed to manage conditions like endometriosis, premenstrual dysphoric disorder (PMDD), or polycystic ovarian syndrome (PCOS). Makena, 23, didn’t take birth control to manage illnesses like those, but she had wanted to switch from the Pill to a non-hormonal method. After a failed copper IUD insertion in December 2018, she decided to take some time off birth control to research new methods. She’d just gone to see a hormone specialist when shutdowns happened; then, she moved from California to Colorado.

Going off birth control resulted in acne, digestion issues, and weight fluctuation, she says. Feeling unsafe about in-person birth control counseling, it took her months to connect with a doctor who could help her navigate her needs. As of a week ago, she’s now using NuvaRing. “I would have wanted to start on a method sooner, but it ended up being now.”

Makena is happy with the NuvaRing so far, but wishes she could have had a more informed conversation about her methods, without the pressure of the pandemic. “I wish I had had more time to find the right doctor, to have a longer discussion about what’s the right plan for me,” she says. “I don’t think it should have to be as overwhelming as it is.”

Are There Health Risks If You Take Birth Control & Get COVID-19?

For the most part, pandemic-related contraceptive switches appear to be situational. But aside from concerns about access, some birth control users may worry about the link between COVID-19 and blood clots, given estrogen's association with blood clots. In April, the Society of Family Planning (SFP) released recommendations that patients hospitalized with COVID-19 should stop using combined hormonal contraceptives, saying the potential risks of thromboembolism outweigh the benefits of being on the Pill. Still, the recommendations note that they're based on extremely limited data about blood clots and COVID-19, and that more research is needed.

“We also know that there is a slight increase in clot risk among users of estrogen-containing contraceptives, although the absolute risk is very low and lower than the risk during pregnancy and the post-partum period,” says Dr. Ashley Turner, MD, an OB-GYN and fellow in family planning at Northwestern University. It’s still unknown if combined hormonal contraceptives can increase clot risks in COVID-19 patients. Dr. Turner suggests that people who do contract coronavirus talk to their doctor about their risk of blood clots.

Watkins says patients should be comfortable picking a method that works best for them, without worrying about any potential risks should they potentially contract COVID.