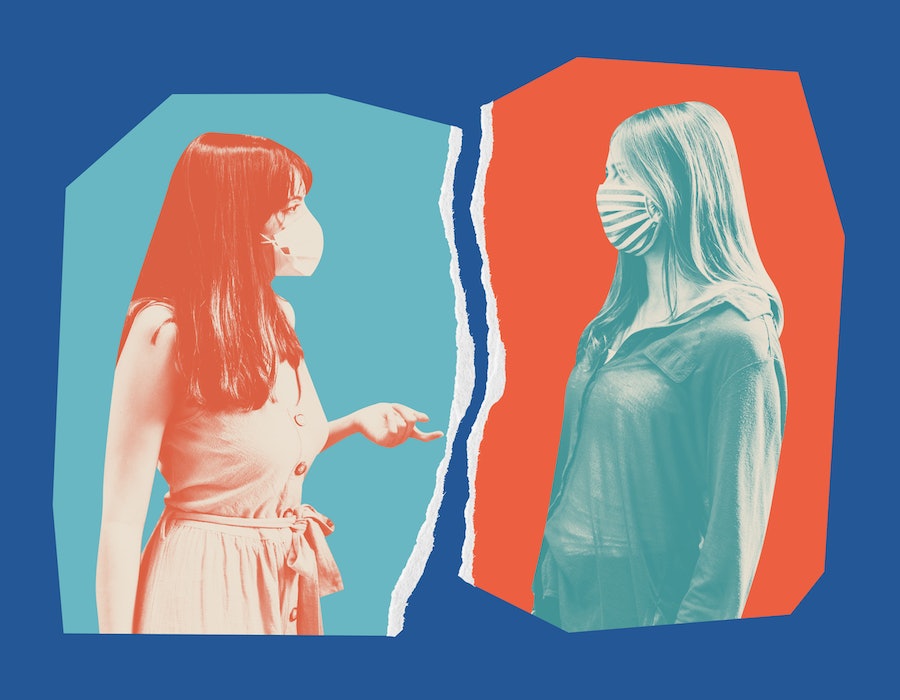 Late last spring, I met up with a friend for a walk after some months without seeing one another. Over beers, we chatted about being in lockdown and the suddenness and totality of those initial weeks. Weeks when parks were patrolled to stop people sitting down on the grass or benches. Eventually, though, it became clear that our experiences of total lockdown differed greatly: both of us were single, but my friend had been casually seeing someone right from the start and was about to embark on a new fling.

The conversation moved on. It was only afterwards I realised I was a little bothered. I felt like a mug for being so rule-abiding. I felt prudish and bitter for being envious that not everyone was missing out on dating. But, I let it go: I had long ago decided not to be annoyed with friends for doing singledom better than me, even during a time where the opportunity to rack up distinctive experiences or anecdotes of any kind felt rare. We’ve hung out since a few times and I’ve been relieved to find I’m not resentful: bar a few “would we really say we were all in this together?” jokes, the initial pang of FOMO and unfairness have gone away.

But there exists a world where that difference in approach would have sparked bigger questions about our friendship. Over the last twelve months, people have gained insights into the approaches and mindsets of their friends and acquaintances that they might not have had otherwise. Learning about those differences — whether it’s a friend hugging and kissing everyone without asking before people were planning on returning to families for Christmas or Instagram stories placing reminders to stay at home next to group holiday pictures — has been a painful experience for many. With the impressive nationwide vaccine rollout and a roadmap out of lockdown for those in England coinciding with long summer evenings, people are making plans to see their friends. But what will our friendships look like on the other side? For some, there will be difficult conversations and declined invites to negotiate — so how might these be approached?

For Helena*, the winter lockdown crystallised a discomfort with her friend Sara that had been brewing over the summer. Sara “[had] spent the entire year at other people’s houses” which initially hadn’t been a cause of conflict between them, but when Helena’s COVID-cautious friend caught the virus in January despite “wearing two masks and only leaving the house to exercise alone” and go food shopping, the behaviour became more concerning.

Helena was intent on sticking to the rules for their next meet-up, a very cold day in midwinter. “I’m really scared of catching it and giving it to my parents, or giving it to someone else, because if I caught it and went to a supermarket and I gave it to someone who’s old, or whose family member is old, I’d feel awful about it.” Despite explaining this, Sara attempted several times to go back to her friend’s place, pointing to the fact Helena allowed her to use the toilet, admittedly with all the windows open, to pick at the logic of the decision.

When people realise there’s an imbalance in the efforts made to maintain a relationship, it can be humbling and sometimes embarrassing.

“She made me feel like such a bad friend” Helena notes. “I felt quite hurt by it because even if the rules aren’t completely rational, if I’ve set this as a boundary and you’re continuously prodding at it...that’s not what friends do.” Complicating the situation, as Helena acknowledges, is the fact that she hasn’t always adhered strictly to the guidelines (“no one is perfect, everyone has been doing their own interpretation of the rules apart from those who are very high risk, maybe”) but the impact of that cold day means that Helena is “scared that if the two [of them] hang out again, she’s going to make me feel bad.”

She’s not wholly pessimistic about the friendship and points to the “healthy British way of dealing with things,” namely “getting really drunk one night and talking about it” but, in the absence of pub gardens and house parties, for now, there is an unease in the relationship.

When Helena does meet up with Sara again, how might she broach the disconnect? Simone Bose, a counsellor at relationship support provider Relate, advises that the key is starting from a place of emotional honesty. She suggests the following approach which could work for any kind of relationship affected by the issues mentioned:

“I know I'm sounding like I'm judgmental, but it's because I'm actually feeling quite fearful and nervous about this. And so that's why I really want to stick with [these rules]...I know that you can do your own thing in your own time, but I feel like this.”

Expressing needs in a relationship does not always mean they can be met. Robin* describes the anxious sensation of being “in trouble all the time” they get when they haven’t caught up with Alex who they describe as an “in between friend.” They share a hobby and participate in a WhatsApp group with Alex. She has expressed feeling under-appreciated and has stepped back from initiating plans with the group. Robin senses that they and the others in the group might not "be the types of friends” Alex wants currently. Alex told Robin that she "needs distance" to ensure she's not let down when her efforts aren't reciprocated. Robin understands, but has been dealing with a number of other circumstances in their life that mean they can’t be as consistently supportive in the way Alex wants.

When people realise there’s an imbalance in the efforts made to maintain a relationship, be that through checking in regularly or relying on the other party to initiate plans, it can be a humbling, sometimes embarrassing discovery. That these re-evaluations of relationships are taking place without physical, in person interaction makes gauging social cues that much harder.

Bose is keen to remind us that “people react differently to [the] kinds of pressures” that have characterised the past year. “Some people shut down and don’t talk very much” while others, such as Robin’s pal, might require more support. If you’re not in a position to respond to that level of need in a way that works for your friend, you may need to reevaluate the relationship. As Bose explains, it’s important to remember that not all friendships will last forever. “It doesn’t mean that you don’t like [those people],” Bose notes “but that maybe you’re not compatible as friends and you can’t fulfil their needs.”

Some people now have an awareness that their previous social calendar and engagements were too intense or demanding.

Those needs might have changed or adapted over the past year. And, although Bose says the topic of friendship has come up with clients about the same amount as in previous years, she has observed that some people now have an awareness that their previous social calendar and engagements were too intense or demanding. For those whose habits have changed, the prospect of meeting up in the same way as before can be daunting thanks to worries like “will I feel comfortable enough with my friends not to always drink [now that I’ve reduced my alcohol intake]” or “will I be able to handle feeling left out?”

Ultimately, we may not be best placed to judge how a friendship has changed until we return to its usual context. This could be via the pub quiz team, the parties of other mutual friends or a day spent wandering about when you’re both in the same place. Digital communication has been incredibly important this year, but read receipts, group chat dynamics, and over analysing punctuation choices can all contribute to a more pessimistic impression of where our friendships are actually at: verbal, and in person communication can decrease the stakes.

A year is a decent stretch of time in any circumstance but, given the differences in work, family obligations, housing situations, and health, it is fair to expect a readjustment and re-setting of expectations with certain friends. That things change isn’t a sign of betrayal or failure on either party, but rather a reflection of life pulling people in different directions and may have provided a chance for different relationships to flourish and strengthen.

Relate provides relationship counselling to couples, families and individuals. They are also offering FREE 30 minute WebChats with Relationships and Wellbeing Advisors to anyone aged 18+ who is living in England and affected by the Covid-19 pandemic. Find out more at relate.org.uk/relatehub.

More like this
5 Signs You Have A Toxic Relationship With Yourself
By Lexi Inks
Why We Love Investigating Friendship Breakups
By Carolyn Steber
10 Primal Movement Exercises That'll Improve Your Mobility
By Carolyn Steber
Here’s What Health Means To People In 2023
By Isabella Biedenharn
Get The Very Best Of Bustle/UK
Sign up for Bustle UK's twice-weekly newsletter, featuring the latest must-watch TV, moving personal stories, and expert advice on the hottest viral buys.