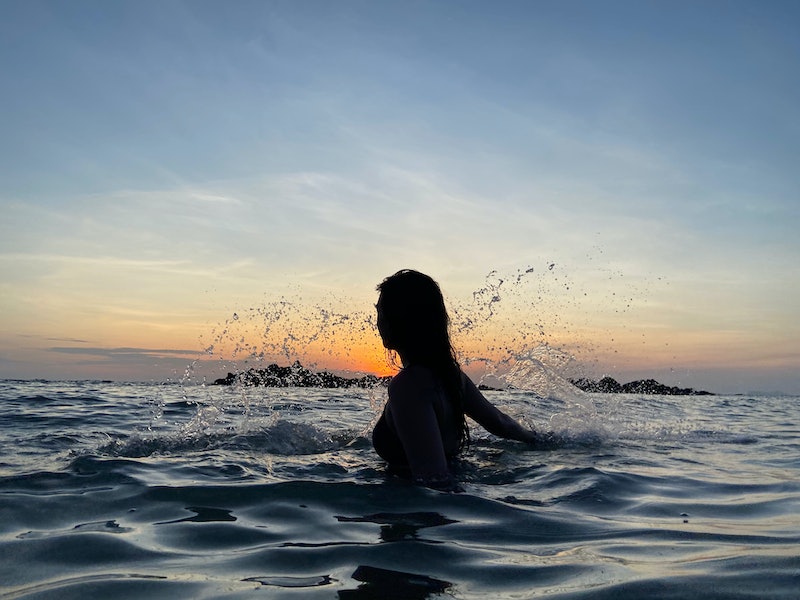 Going sober for a while, whether it's a month, a season, or permanently, can seem intimidating, but the head-to-toe benefits, people say, are worth it. How exactly does quitting drinking impact your body? Sobriety affects the brain in several ways, including rearranging your neurotransmitter levels, rewiring different brain regions, and even possibly repairing your memory.

Neurotransmitters, which transmit information around your brain, change pretty quickly when you stop drinking. Alcohol particularly affects gama-amino butyric acid (GABA), which inhibits brain activity, and glutamate, which stimulates it. When you drink, Sansom explains, glutamate is less able to stimulate the brain, and GABA is better at inhibiting it. This is why alcohol makes you relaxed and happy, and lowers your inhibitions: It slows some of your brain's signaling. When you stop drinking, these changes reverse themselves. "In most individuals, these receptors begin to reset themselves to a baseline level," Sansom says.

If you'd been a more serious drinker, consuming eight drinks or more a week, your brain has likely developed a level of tolerance, and you would have had to drink a lot to feel the same relaxation. Heavy drinkers who stop drinking suddenly, Sansom says, will find that their balance of boosting and soothing neurotransmitters in their brain is way off. "The brain is now very stimulated and has limited capacity to inhibit itself," he says.

Adjusting to sobriety may also be difficult if you've been using alcohol as a way to buoy mood or deal with anxiety, as the brain can't rely on alcohol to muffle those feelings any more. According to the Surgeon General's Report on Alcohol, Drugs and Health published in 2016, heavy drinkers might also find that their brain produces a lot of stress neurotransmitters, like norepinephrine, when they go sober, making them anxious and depressed. In the short term, alcohol can boost the brain's production of serotonin, a neurotransmitter linked to mood, but after years of drinking — particularly if you drink a lot — the serotonin system gets damaged. It's not known how quickly moderate drinkers might bounce back.

There's also evidence that while alcohol can shrink the brain, sobriety can help it recover some of its volume. A 2019 study in JAMA Psychiatry of men with alcohol use disorder found that they recovered a significant of amount of white matter after six weeks of sobriety. "Most of these studies have been done in persons with alcohol use disorder (AUD), but some more recent studies suggest that this may also be associated with some 'social drinkers,'" Sansom says.

You may also notice that your memory is better after going sober. "Alcohol tends to have a negative impact upon the frontal cortex," says Sansom. A study in Journal of Psychiatry and Brain Science in 2017 found that a lot of alcohol consumption over time can change the frontal cortex's structure and functioning, and a study in Nature in 2017 found that it also damages its ability to produce new cells and heal itself. The frontal cortex plays a big role in memory retrieval, and if you're no longer drinking, you might be able to recover your memories more easily.

The brain's limbic system, which affects feelings of contentment, also changes when you go sober, due to a neurotransmitter called dopamine. "Alcohol consumption, like other drugs, is associated with a release of dopamine as a reward," Sansom says. "This fact, along with alcohol-related stimulation of our body’s own natural opioids, is a significant reason why most individuals associate alcohol with pleasure."

This is also why visiting a particular place or seeing a certain friend can make you crave a drink — the limbic system has formed associations between them and alcohol. "The connection between those people, places, or things is so strongly linked to your prior drinking habits that encountering these triggers can literally send a signal to your brain that it is time to mix a drink," psychotherapist Vanessa E. Ford, L.C.S.W., tells Bustle.

When you go sober, your dopamine system may produce more of these cravings, but it should rewire itself relatively quickly, over days or weeks. People with alcohol use disorder may have completely changed their dopamine systems, and according to a 2015 study in Alcohol Research: Current Reviews, it can take months for their dopamine systems to begin to recover after sobriety.

Even if the transition to a sober brain is a bit difficult at first, your memory and your neurotransmitters will thank you.

Substance Abuse and Mental Health Services Administration (US); Office of the Surgeon General (US). (2016) Facing Addiction in America: The Surgeon General's Report on Alcohol, Drugs, and Health [Internet]. Washington (DC): US Department of Health and Human Services.

More like this
I Visited Remedy Place, The Social Club Transforming The Wellness Industry
By Rachel Lapidos
The 8 Best Pilates Exercises For Lower Back Pain
By Carolyn Steber
All The Muscles You Work When Doing Deadlifts
By Carolyn Steber
This Company Will Send STI Tests Right To Your Door
By Lexi Inks
Get Even More From Bustle — Sign Up For The Newsletter