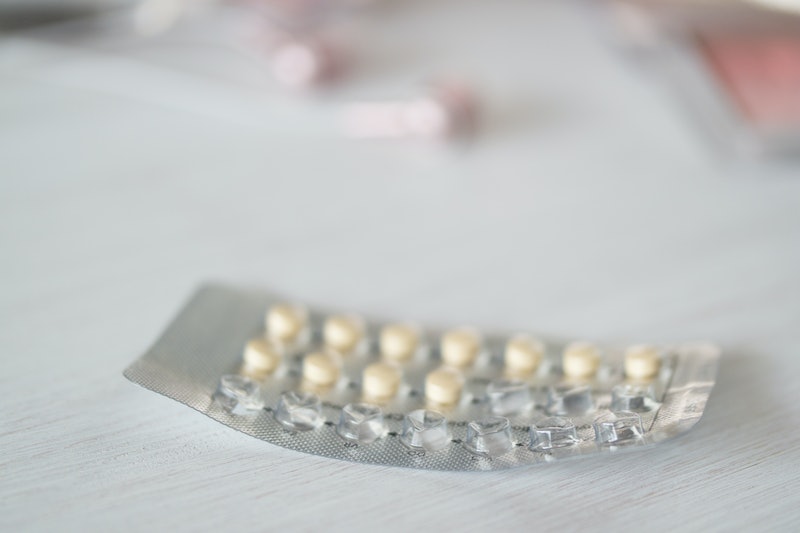 As a busy college student working for a major grocery delivery service, Amina, 22, got the Nexplanon implant in October 2018 to avoid spending any more time thinking about birth control. It worked well for about a year, but then she started getting heavy cramps and having breakthrough bleeds. She was starting to investigate whether she should switch methods or add in birth control pills to help control the side effects in March. Then, Pennsylvania, where she goes to school, shut down as a result of the COVID-19 pandemic.

As a student, Amina’s health insurance only covers visits to her primary care provider, not an on-campus doctor, and the pandemic made it logistically impossible for her to go there in person. Amina’s local Planned Parenthood affiliate told her to use the Planned Parenthood Direct app to get a prescription for oral contraceptives to take along with her implant, to reduce the side effects she was having. An hour later, she got a notification that her prescription was ready at her local pharmacy.

Amina is just one of many people switching to telehealth for their birth control during the pandemic. Mail-order birth control company Nurx has seen a 50% increase in requests from new patients since early March, a spokesperson for the company tells Bustle. The company has hired 13 new providers to help serve contraception-seeking patients since shelter-in-place orders started sweeping the country in March. At Planned Parenthood, virtual appointments are available for everything from birth control to STI testing and treatment to hormone therapy and PrEP. Its app has been expanded to all but 11 states in the past few months and provided five times more care in April 2020 than in April 2019, according to a spokesperson for Planned Parenthood. Dr. Amy Roskin, M.D., J.D., head of clinical operations and medical for Pill Club, shares that the tele-contraception service has seen a 30% uptick in use since lockdown requests began in the United States. In California, the Pill Club shipped around 20% more emergency contraception pills to first-time Pill Club users in March compared with February, and saw a 50% increase in orders of one-year supplies of contraception after shelter-in-place orders were issued in Texas, Florida, New York, and California.

Telehealth can step in where physical doctors’ offices — shut down for non-essential care or shut down for good — are unavailable. And given that an estimated 9 million Americans and counting have lost health insurance during the pandemic, it can also help people get services like birth control affordably. Losing contraception coverage in particular can be catastrophic: A 2017 study found that for every 1 million women who lose their health coverage, there would be 33,000 more unintended pregnancies and 13,000 more abortions each year. (This is especially relevant with the Supreme Court having just heard arguments on a case that would let any employer object to covering birth control.) With the unemployment rate expected to hit 20% by June, a monthly pack of birth control — up to $50 a month without insurance, per Planned Parenthood, not including any costs associated with actually seeing a doctor — might be low priority on many household budgets.

Historically, some providers — and patients — were nervous about telehealth services. One concern was that if you could get your birth control by talking (or texting) with your doc, then you won’t, say, actually make it in for your annual Pap smear, even though research has shown this isn’t the case. Many practices even have a policy that they will only renew your birth control prescription after an in-person annual exam. Government regulations reflected this reticence: Pre-pandemic, some states required people to physically go to an “originating site” or a designated facility to receive telecare and banned providers from using their personal devices for counseling services. FaceTime and Skype were no-goes, as these common communication tools aren’t technically HIPAA compliant (meaning they don’t meet government regulations protecting patient privacy).

Since the passage of the CARES Act, regulations have been loosened: Patients don’t have to leave their houses, providers can use their own devices, and talking to your doc on FaceTime is OK if that’s what you both want to do. Regulations on new patients receiving telehealth services without a prior in-person visit have also been dropped, and more types of providers are allowed to provide counsel and care virtually. Certain states still don’t allow medication to be prescribed across state lines, and others require patients to video chat — and not just text — with a provider before a prescription can be issued.

Jessica Horwitz, M.S.N, F.N.P.-C, vice president of clinical services at Nurx, describes it as “15 years of telemedicine regulations” changing overnight. But more importantly, she says, public understanding of telehealth has evolved exponentially. Horwitz thinks the COVID-19 pandemic has highlighted the problems surrounding birth control access that have long existed in the United States. While more than 19 million American women don’t have access to a publicly funded contraception-providing clinic, even more people who are insured can’t take time off work to get to a clinic, are concerned about privacy, or otherwise are stymied in trying to get birth control. “The issues we see in rural Texas are now on display on a grand scale everywhere,” she says.

Clinicians say if anything, telehealth makes seeing your doctor easier by giving people who might be reluctant to make the appointment an easy experience. Research already shows that these virtual visits don’t replace in-person care but enhance it by better fostering communication between patients and providers.

While many aspects of life will eventually return to normal post-lockdown, more people will seek out care through telehealth than before, predicts Dr. Nathaniel DeNicola, M.D., M.S.H.P., F.A.C.O.G., the American College of Obstetrics and Gynecology’s chair of telehealth. That won’t just help contraception access; other parts of your annual OB-GYN checkup might be doable from your phone. Nurx began offering STI testing in 2019, as well as herpes treatment and PrEP prescriptions.

DeNicola says he wouldn’t be surprised if many brick-and-mortar OB-GYN practices create a “virtualist” position on staff following the pandemic, with a focus on services like contraception counseling. “People do still want a face-to-face visit. People want at some point an annual physical exam, whether with an OB-GYN or otherwise,” he says. Amina is one such person: After the pandemic ends, she says, she’s looking forward to seeing her regular provider in person. For now, however, she’s glad she had a virtual option. “There are a lot of things you need to go in and see a provider for, that you can’t do online. But with birth control, it’s just not necessary.”

“Patients who currently don’t have an established doctor and haven’t had a counseling visit face a lot of barriers to that first prescription or point of care. And these barriers create additional barriers,” says DeNicola. “If you hear there’s a three-month wait for an appointment, maybe you just won’t schedule it. Telehealth will make this much more accessible.”