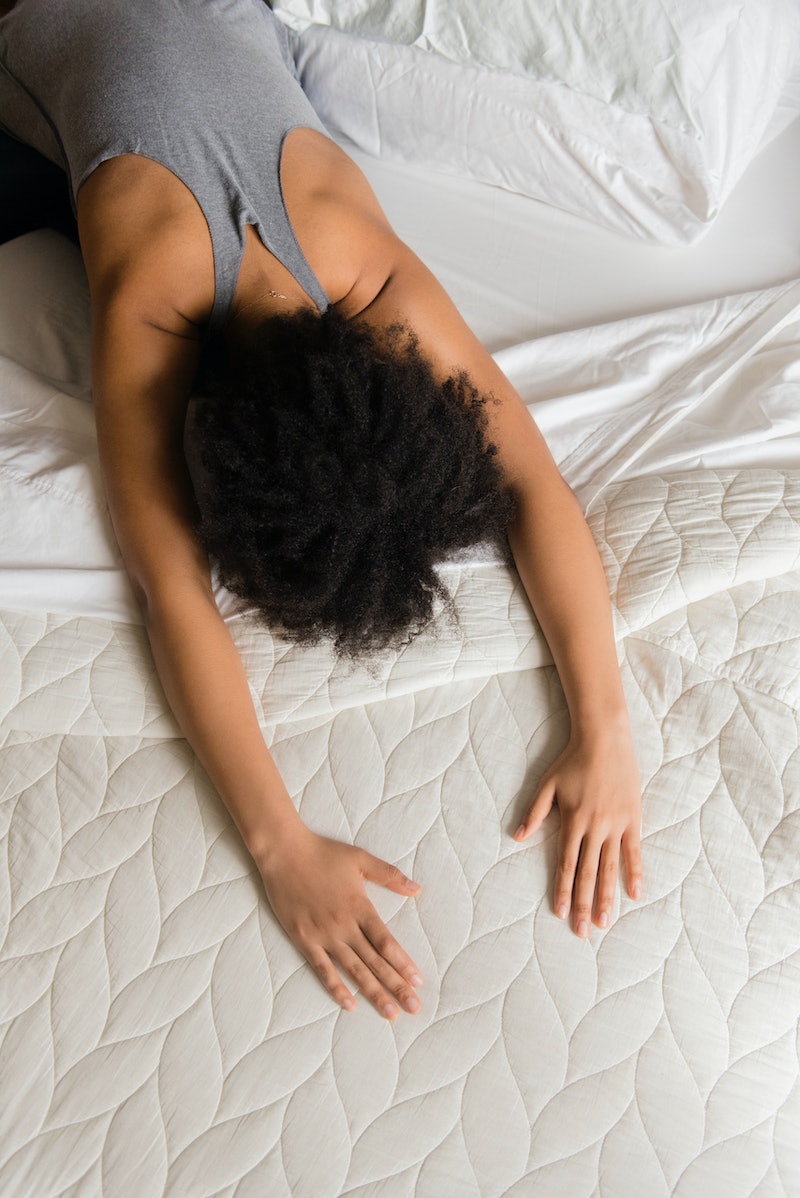 More and more people are turning to holistic methods to treat a wide range of health issues. There’s a new herbal supplement or vitamin mix advertised for what seems like every ailment nowadays. But just because an herbal supplement is “natural” doesn’t mean it comes without side effects. Case in point: Melatonin supplements, which are used as a natural sleep aid, are among the most well-known of these herbal remedies. However, taking melatonin when on antidepressants could pose potential — but largely minor — side effects, according to experts.

A 2016 survey from Consumer Reports found that an estimated 164 million people in the U.S. struggle with sleep at least once a week. Additionally, the National Center for Complementary and Integrative Health (NCCIH) reported that at least 3.1 million of these people use melatonin supplements to sleep more soundly. To boot, NBC News reported another study from 2016 showed 1 in 6 people in the U.S. are on psychiatric medication. So, it’s not a far stretch to say there is probably some crossover between people on antidepressants and those that use melatonin — especially when sleep issues and mental illness have been inextricably linked.

So, is taking melatonin supplements when you're also on antidepressants safe? Dr. Anthony Tobia, M.D., a psychology professor at Rutgers Robert Wood Johnson Medical School, tells Bustle, “Melatonin is generally safe with regard to some of the antidepressants. However, the issue is that combined with the [melatonin] supplement, the antidepressants may be over sedating.” This is because fatigue is already a common side effect of most antidepressants, as well as other psychotropic medicines such as antipsychotics and anti-anxiety medications.

Another potential health issue that arises with combining melatonin supplements and certain antidepressants, Dr. Tobia says, is an increased bleeding risk. However, a 2018 report found that found the bleeding risk on antidepressants to be “clinically insignificant” for most people. “Even at low doses, individuals at an advanced age may tend to have or be more susceptible to those sedating side effects, as well as those who are younger, and people with co-occurring or complex medical histories,” says Dr. Tobia. “The more medical problems you have, the higher the risk of medication side effects — sedation in particular.”

According to the Society For Endocrinology, melatonin is a hormone naturally produced in the pineal gland (located between the two halves of your brain) that plays an important role in maintaining a healthy sleep/wake cycle. Increased levels of melatonin — which rise at nighttime — lowers your body temperature, and helps to make you drowsy so you’re ready to hit the hay.

However, with melatonin supplements, you may be ingesting other ingredients or binders that aren’t listed that could interact with antidepressants. This is largely because supplements and vitamins are not regulated by the FDA. “You also don't know the real dose your getting, because there's no oversight,” Dr. Tobia explains.

While melatonin is generally safe to use while on antidepressants, Dr. Tobia says it’s important to note that there have not been any double-blind, placebo-controlled trials — only case studies — to really provide a clear-cut answer as to what the impact is of taking melatonin supplements and antidepressants together.

Overall, you should be talking to your doctor about any substance you're using to avoid drug interactions, "including medications and herbal therapies," Dr. Tobia says. If you get it cleared with your doc, melatonin can be a great adjunct, natural therapy for someone hoping to catch some sounder Zzz's.