Isa Guha Is Taking The Lead 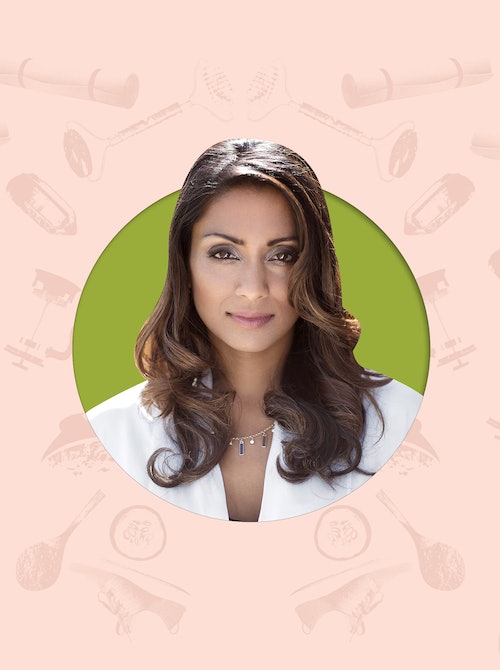 “It's a huge moment for women’s cricket.” Just a couple of weeks after I speak with broadcaster and former England cricketer Isa Guha, the England & Wales Cricket Board announced England Women’s first ever five day Test Match on home turf, only their second five day Test in history (the first was 30 years ago in Sydney). Until this point, women’s Tests have been limited to four days of play, a sticking point for fans and players alike — in Men’s Test matches, play is, by convention, scheduled for five days. To put it in footballing terms, this is the equivalent of a Lionesses football game lasting 72 instead of 90 minutes. “The girls have been pushing for it for a while,” Guha says, “there have been a few occasions where [a match] has ended up in a draw because they haven't had that time to get a result, so to be able to have that is a big step forward."

The history-making Test will be a part of the 2023 Women’s Ashes series (fondly known as the WAshes, h/t No Balls Podcast), and is the culmination of much campaigning by both the England Women’s cricket team and internal advocates at the ECB. Crucially though, it’s also reflective of a wider shift in the climate surrounding women’s sport. “It all works together,” Guha says of the increased visibility, viewership, and funding that women’s sport has been afforded in recent years. From record numbers tuning in to WSL games on Sky, to The Hundred’s double-header matches that resulted in over one million viewers for women’s games across platforms, it’s a change being felt in all areas of sport. “Organisations and governing bodies [are] breaking that cycle and saying, ‘we are going to invest in women's sport.’ We're now seeing the fruits of that.”

It’s one of the key reasons Guha is excited for the year ahead. As a broadcaster, she’s at the centre of cricketing highs and lows, but it’s the unrelenting sense of community that the BBC Sport host believes is helping to power the sport forward. “I see sport and cricket as a reflection of society,” she says, “and there has been a reckoning and we are going through challenges as a sport to try and make it as inclusive as possible.”

“[Cricket] is a sport that I believe can lead the way when it comes to the challenges of inclusion and social cohesion,” she continues, a sentiment that forms the very foundation of Take Her Lead, Guha’s latest project and non-profit organisation launching this month. “We want to enable a more inclusive culture for all women and girls in cricket.” Attracting women and girls to the sport is paramount, but for Take Her Lead, it’s keeping them there that will be the focus. “Whether it's playing, whether it's going on to become coaches, or working in administration or in broadcasting, it's just having women in our game [so] that we can take their lead as well… And it's not exclusive to women. We want men to come with us on this journey. To achieve a truly inclusive culture requires [input from] everyone involved in it.”

With progress comes pressure, and Guha tells me that the “all consuming” nature of sport has, at times, left her feeling the need to get away. For many, though, sport is that escape, something she sees daily at work. “We have people writing in all the time on Test Match Special, saying that [the show is] helping them through grief, or through a really difficult time, where they're preparing for the loss of a loved one,” Guha tells me, “it's something that takes them to another place.”

When you’re as busy as Guha is it can be hard to find room to breathe; “I probably don't care for myself as well as I should,” she admits. Since her retirement from the international game in 2012 Guha has covered cricket for BBC, Sky, and Fox. This year, she added presenting the BBC’s coverage of Wimbledon and the Commonwealth Games to her arsenal. “I'm always on the go,” she grins, and she’s not joking; halfway through our conversation Guha transfers from her London home to a waiting car, buckling in for a journey to one of her many, many work commitments.

Below, the broadcaster shares how she finds quiet amid the chaos, from her low-key wind down routine to the advice she’s learnt is vital for a balanced life.

What is your go-to self care practice?

I'm always thinking about the next thing, but I think preparation is important. So making sure I have a list in my mind of what needs to be done for the next day, or the day's coming up.

As much as I can, I'll get out on my own; nature is something that really calms me and relaxes me. Just getting away from the world as much as possible, I love the beach and just the sound of the waves, that really relaxes me as well.

Do you have a workout playlist?

How do you unwind after a hectic day?

It's nice to have a glass of wine, but also I know that actually, that can build up over time. So it's literally, go straight to my room sometimes, order some room service and then try and get as much sleep as I possibly can; making sure that I'm prepped for the next day so I can go to bed with my mind at ease, that I'm ready for what's to come.

In the past I've been a bit reluctant to talk to professionals, but I had to accept, certainly after a period of grief, that I needed to go and see someone and talk to someone, which really helped me. Just really being able to talk to someone that was unrelated about what was going on in my mind, and how I was feeling and just being able to get that out in the open, I think helped me with the process.