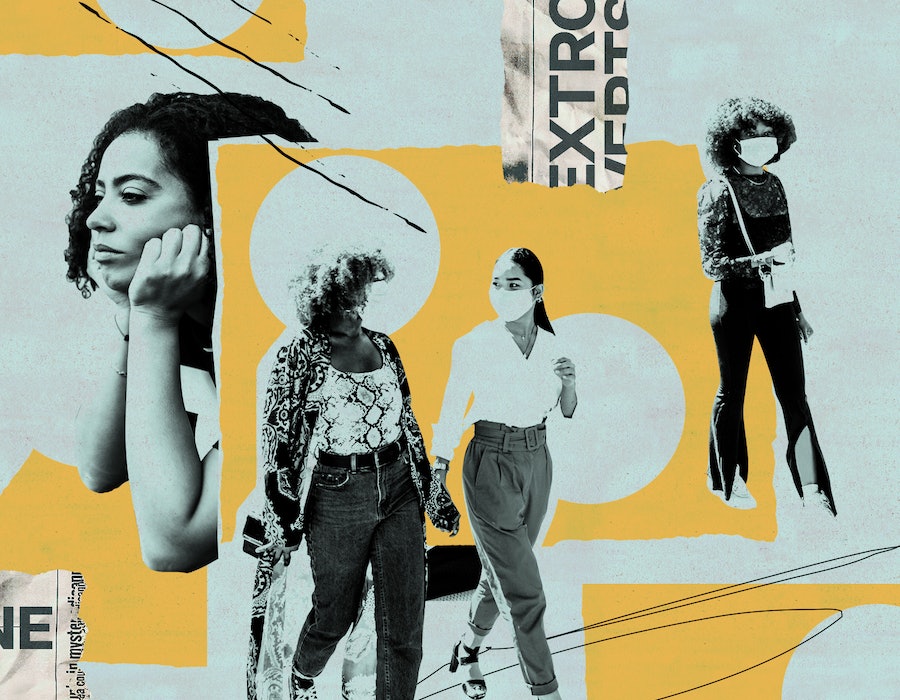 In 2016, two years after moving to New York, Kristen Radtke found herself alone. At the time, the Wisconsin author was working on a series of illustrations for the New Yorker and searching for connection via online dating. “It was so demoralizing and felt so lonely,” she tells Bustle. “The cliche of late nights with the wrong people is very real.” In probing her own feelings, she decided to embark on a five-year study into what it means to be lonely. Her findings — out now in the illustrated memoir Seek You: A Journey Through American Loneliness — come at a time when many of us are asking the same question.

Thousands of people spent 2020 alone in their homes. But now, as we start to collectively “reemerge,” our language around loneliness will shift, Radtke says, from what it means to be alone to what it means to feel alone. “They’re calling it the summer of FOMO,” she explains, or Fear Of Missing Out. “There’s a lot of anxiety about not doing enough. There’s this constant measuring of oneself against another person, which is part of loneliness.”

Seek You takes the 34-year-old from the Midwest to Las Vegas to New York as she connects disparate topics like Yayoi Kusama or early-days blogs to wider, relevant themes today, like how rates of loneliness are increasing — and the contagious, sometimes dangerous health risks that come with it.

Even though we’ve spent the year talking about loneliness over Zoom and FaceTime calls, Radtke thinks we’re missing a crucial point: The pandemic was an example of mass situational loneliness. “There was almost solidarity [around] loneliness because it was imposed on all of us,” she says. “Part of what makes loneliness so painful is the misguided belief that you’re the only one who’s feeling it. It’s one of many reasons that the loneliness of the pandemic is significantly different from chronic problems of loneliness in America, which are rooted in [our] ideologies.”

As she developed the project, Radtke realized a key part of American mythmaking is rooted in the idea of a “cowboy” sensibility, or leaning on one’s independence as a point of pride. It’s present in pop culture: Think Mad Men’s Don Draper, whose reclusiveness is part of his allure. (On the flip side, women portrayed similarly in film are seen as outcasts, Radtke says, like many of Sandra Bullock’s early-aughts roles.)

But per Radtke, the “cowboy” trope is counterproductive because it cloaks loneliness in shame. “You can’t do anything by yourself. You can’t even make dinner on your own unless you grew every single element by yourself, and even then it’s like who did you get the seeds from?”

Even if you join a running or book club, you might still feel alone — there’s a physiological component to it. “Everybody is born with a different biological threshold for loneliness, and there’s nothing you can do to change that,” Radtke says. People with a high threshold might never feel lonely. But most people do, and those symptomatic feelings of unease are there to tell you something is wrong. Chronically lonely people run the risk of developing hypervigilance, a state of constant stress where people fear rejection and stop reaching out as a result, thereby exacerbating the problem.

So, how do you know if you fall into this camp? There’s a test. The UCLA Loneliness Scale measures loneliness with a survey similar to the ones doctors use to diagnose depression. “People who score highly on that test are considered chronically lonely and were significantly more likely to have died by the time the study was over than those who scored lower on the test,” Radtke says. (Though the condition is more pronounced among older people, most of the data available focuses on people in their 20s, since research universities pay students to participate in studies.)

According to the New York Times, many people shrank their social circles during the pandemic, eliminating entire categories of friendships. “My fear post-pandemic, is we’re going to winnow down to a more intimate group and continue the trend — which has been going on since the ’70s — of abandoning those other tiers, which are important parts of being a well-balanced, socially adjusted person,” Radtke says.

To alleviate loneliness, Radtke recommends being more engaged in your community. Research from the General Social Survey shows that Americans are significantly less likely to spend time with their neighbors than in decades past, a middle tier of friendly acquaintances who make a difference for feeling grounded. Radtke, for example, launched a virtual event series during the pandemic, called “Friday Night Comics,” created with The Believer magazine, where she’s the art director and deputy publisher. “It’s not so much about constant contact, it’s about contact with people who make you feel rewarded, so you’re engaging in a way that feels meaningful,” she says.