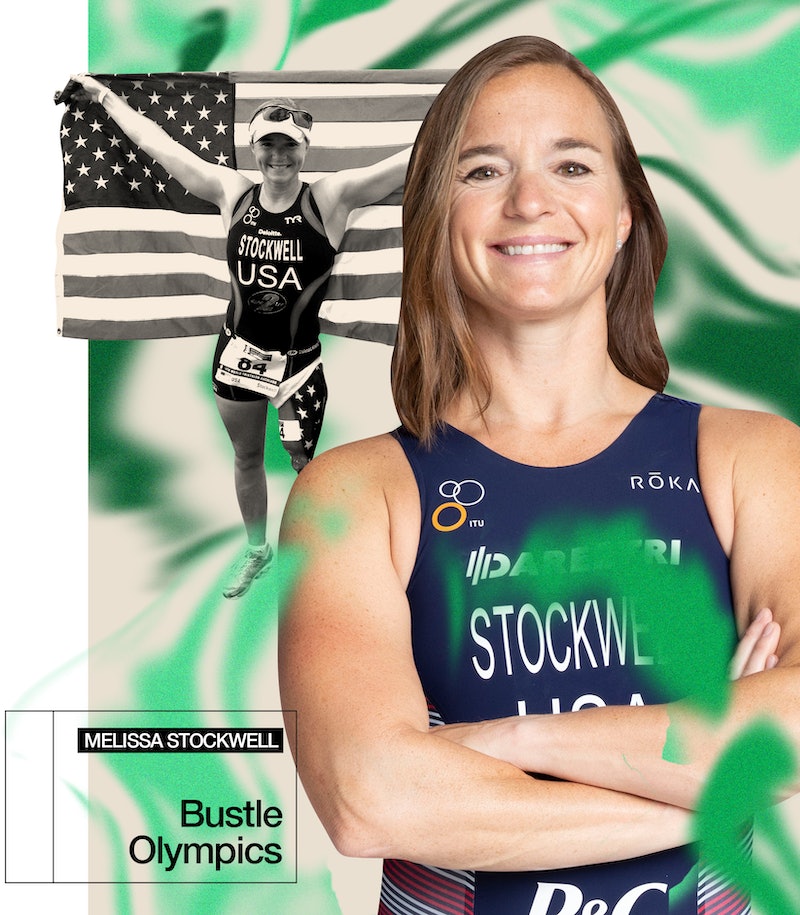 Triathlete Melissa Stockwell had been training for the 2021 Paralympics daily since 2018, logging hours on the bike, at the track, and in the pool. But in early July, she crashed into a tree while biking and fractured three vertebrae. “I would not recommend it,” she jokes. The accident would have been enough to cause many athletes to withdraw from the competition. Instead of dropping out of the games, already delayed a year, Stockwell committed herself to pretty much every Olympian’s nightmare in order to compete: lots and lots (and lots) of rest.

“Recovery is going,” she tells me. “If I do too much, too quick, it’ll be an issue for the rest of my life,” she says. When I ask if she’s worried about pain on the starting line, she chuckles. “Adrenaline will hopefully kick in for the competition.”

Stockwell, 41, is no stranger to big game pressure. The Army veteran competed in three swimming events in the 2008 Paralympic Games and earned a bronze medal for the triathlon in 2016. But ahead of the Tokyo Paralympic Games beginning Aug. 24, Stockwell is focusing on healing. She’s also partnered with Procter & Gamble’s Athletes for Good Fund, which supports charitable causes championed by Paralympic and Olympic athletes, and is continuing the work of her own organization, Dare2Tri, which helps athletes with physical disabilities and visual impairments get into running, swimming, and biking.

Here, Stockwell has some advice about working out when you would rather stay in bed and finding inspiration before a big challenge.

It’s different now than it usually would be. I usually train hard pretty much every day. But right after the crash, it was too painful to do much of anything. Mentally, it was tough to sit on the couch and rest for days at a time.

I’m having small victories every day, and I have to focus on those. First, I was able to get back in the pool and swim without pain a few weeks ago. Then early last week, I got back on my bike for the first time. I’m still working on integrating running. I wish I could be training a lot more, but I’m keeping the positives in perspective.

What’s your favorite part of the triathlon?

It depends on the day. I love swimming and the feel of the water. It’s my “me” time whenever I get into the pool. I feel like the one you’re not the best at is always your least favorite — that’s the bike for me. And depending on the day, the run is either good or bad.

Is there a part of your training that you don’t really look forward to?

That also depends on the day. Even in the pool, which I love, sometimes the last thing you want to do is get out of bed and do anything at all. So there’s not really a specific thing I don’t like doing — for me it’s more just about having off days when I don’t feel like getting up. I’ve found that the best remedy is actually making myself get into the pool or go out for a bike or run. After swimming for a few minutes or a few miles into a bike or run, I realize that I actually want to do this. And I feel better.

What else helps you push through days where you want to stay in bed?

Having a goal in mind is probably the most important thing for me. I know that I’ve been training toward this for the past three and a half years, and I never want that to go to waste. Lately, my mindset has been that, instead of doing a big bike or run, my workout is literally to sit there and rest. It’s not easy to keep that mindset, but it has to be done to stick to my goal — so I do it.

I also make sure I’m focusing on things that matter most. My partnership with P&G lets me work toward making the world more inclusive and equitable. As a parent, that’s very near and dear to my heart because we’re trying to teach our children to grow up and be good people. So that always hits home, and pushes me forward.

Aside from copious amounts of rest, what are your go-to methods of self-care?

I have two kids, 4 and 6 years old. I make sure to take a walk after dinner with them, my husband, and our dog. Those are my favorite moments, just being with family. Since we’re juggling so much, it definitely doesn’t happen every night. But I’m typically done with my training by 5 p.m., and my kids are home, so we do dinner and bath time together. Being a parent is challenging in itself, even without training — but I wouldn’t have it any other way.

With the games approaching soon, how will you get pumped up?

I’m inspired by a lot of different things. I’ll stop and take a breath and watch a tree blowing in the wind, and I’ll be motivated by that and find inspiration in those little things.

I also focus on the obstacles I’ve overcome to get to the starting line. I think about everyone who’s been by my side through the ups and downs, believing in me and my dream.