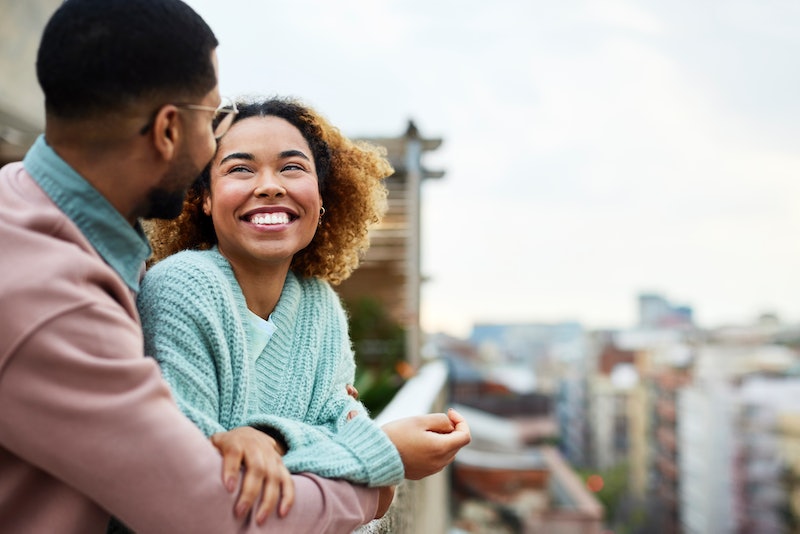 Before the pandemic, Ilana Dunn, 26, found herself in a cycle of dating guys who loved to play games, often leaving her feeling unsure and anxious about where they stood. “I was always waiting to get ghosted because that’s what I was used to,” she tells Bustle. But when COVID hit, the emotional stress caused by all the chaos happening worldwide made her realize she had zero bandwidth for guys who couldn’t be transparent with her about how they were feeling. Open communication, a quality that didn’t hold as much weight in her dating choices before the pandemic, is now a priority for her.

She’s focused on meeting people who make her feel comfortable and confident. “Recently after a first date, a guy texted me immediately after that he had a great time and would love to see me again,” says Dunn, who’s a co-host of the Seeing Other People dating podcast. “This felt so foreign because it’s so rare these days to receive such upfront communication from a 20-something-year-old guy, and in a time of such uncertainty, it was a huge relief to know exactly what he was thinking and feeling.”

Dunn isn’t the only one who experienced a shakeup in their dating life in the last year. Lockdown made it difficult for millennial singles to meet people in person — or at least in the ways they were used to. Online dating skyrocketed as a result. Tina Wilson, CEO of the Wingman dating app, reports a 300% surge in online dating on her app. Matchmakers too reported an increase in clients as the days of meet-cutes and flirting at bars became a distant memory. And as a result, both dating experts and young singles agree that dating preferences are changing — for good.

Some millennial singles Bustle spoke with report becoming more intentional about who they date and, like Dunn, are now looking beyond the superficial — someone’s job title, age, and whether you share mutual friends. Wilson adds that physical looks, albeit still important, are not at the top of the priority list for many singles dating on apps either. Online, a well-lit selfie just isn't enough to seal the deal anymore.

Simone Randolph, 32, a senior operations exec based in Los Angeles, admits pre-pandemic she would subconsciously base her opinions of her potential suitor on the wow factor (or lack thereof) of the date excursion they planned — think last-minute reservations at Nobu or sunset sailboat cruises — versus their personality alone.

Without all the flashy dates and good-on-paper accolades, the pandemic, as Randolph puts it, stripped dating to its bare bones. “[It forced] people to rely solely on their personality and communications skills, without any added fluff or distractions,” she tells Bustle. As a result, she now finds herself connecting with men who weren’t her usual type pre-pandemic. Namely, men who she’s able to engage and connect with on a genuine level versus those who hide behind extravagant dates.

She recalls meeting one guy early on in the pandemic who mentioned he would normally take a woman on a helicopter ride or rent a foreign car for a first date to cover up that he didn’t believe he was interesting. “He was right,” Randolph says. “He wasn’t that interesting.”

Virtual dates have even been a blessing for busy millennials like Randolph, since they’re an easy and convenient way to get a feel for someone’s vibe before investing any more time. “I was averaging a 14-hour workday, and as awful as it sounds, from an efficiency standpoint, having a quick 10-minute Zoom call versus having to meet someone for dinner or drinks was kind of perfect for me,” Randolph says.

FaceTime and Zoom dates even made ZIP codes almost irrelevant during the pandemic for some singles. Wilson notes that singles started expanding their search criteria to span hundreds of miles, even internationally, focusing more on quality of the match versus distance.

While a casual hookup or someone to have a fun night out with may have been the goal for some in the Before Times, Wilson says many singles are looking for substance right now. Tammy Shaklee, a relationship expert and LGBTQ+ matchmaker of H4M, also reports an increase in singles focusing more on true compatibility and long-term sustainability in a committed relationship. Essentially, more millennial singles want someone they wouldn't mind quarantining with. That’s true for Randolph, who says one of her pandemic-induced realizations was that at the top of her dating preferences is someone she can have fun with while doing absolutely nothing.

I look out for someone that sends ‘wyd’ messages often because this is usually a sign that they don’t have anything going on.

Asa Leveaux, 37, a LGBTQ+ entrepreneur coach, echoes this sentiment, saying that before the pandemic, it didn’t really matter to them what was going on professionally or economically in a potential romantic partner’s life. But witnessing tension in other people’s relationships during the pandemic, coupled with free time to imagine what type of partner would be the best quarantine buddy, prompted a shift in their dating must-haves. Now, someone with their own passions and interests is a major turn-on, and someone who is consistently “bored” is a hard pass. “I look out for someone that sends ‘wyd’ messages often because this is usually a sign that they don’t have anything going on, which is why they’re interested in making conversation about someone else’s activities,” Leveaux says.

The solitude brought on by quarantine also contributed to singles’ renewed self-awareness and dating revelations. “With the noise of the world reduced during quarantine, I think younger singles had time to truly realize who they are and with whom they want to spend their time,” says Shaklee.

Abbie Stasior, 25, a health and life coach based in New York City, says alone time and lots of self-care during quarantine resulted in increased self-worth and confidence, which made her more selective and intentional about who she dates. “Pre-COVID, I was going on dates trying to figure out what I liked and didn’t like in relationships,” she says. The pandemic gave her the time and space to gain clarity on her values and non-negotiables in a partner and relationship — thoughtfulness, ambition, shared religious beliefs, humility, authenticity, emotional intelligence, and, of course, being able to carry an entertaining and fulfilling conversation. “Once you know what you want, you can attract that into your life,” she says.

Now, heading toward post-pandemic life, singles and experts say one thing is for sure: Dating will never be quite the same. “As we move into this next phase and vaccines become more prevalent, casual encounters will continue to be fewer than before as our habits as a culture have experienced a true and irreversible shift,” Wilson says. In other words, RIP casual hookups.

More like this
Hinge Added A Video Prompt Feature, So Get Your Camera Rolling
By Hannah Orenstein
Are Quality Time & Gift-Receiving Love Languages Compatible?
By Lexi Inks
The Differences Between Polyamory & Open Relationships
By Lexi Inks
20 Women Reveal Exactly How Long It Took Them To Get Over Their Ex
By Amanda Chatel and Lexi Inks
Get Even More From Bustle — Sign Up For The Newsletter