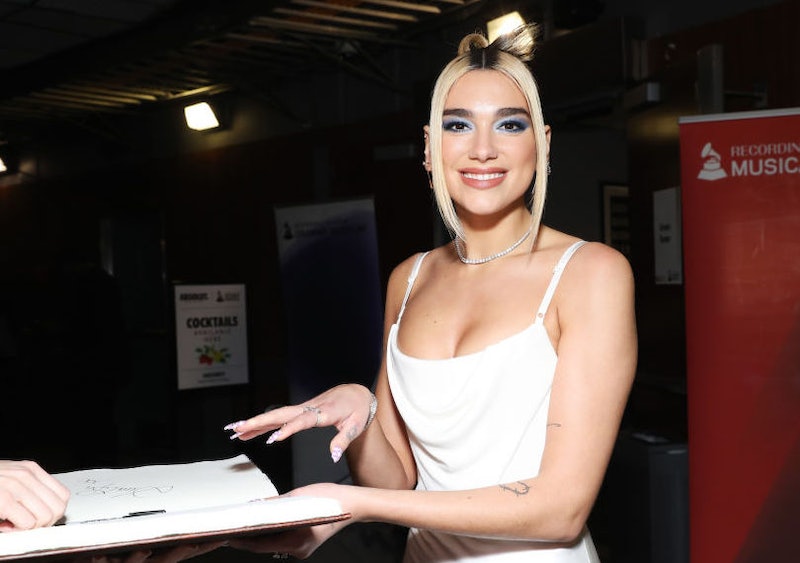 Even if the thought of having kids feels a million miles away or utterly abhorrent to you, I'll bet you've had a think about the kinds of names you like — or don't like. The responsibility of choosing someone's name is a pretty big deal and it looks like, according to the ONS findings on the UK's most popular baby names, that most people are erring on the traditional side of things. But hey, most doesn't mean all and I'm totally here for those choosing unusual names with a popular culture edge.

Though Oliver and Olivia remain the number one names in England and Wales — with more than 9,000 babies named in 2019 — there are a few interesting trends. The name Dua has doubled in popularity since the one and only Dua Lipa shot to success with her first number one in 2017 — the "highest number since our annual records began in 1996," according to the 2019 findings. Star Wars' Kylo Ren has also inspired a fair number of parents since the new Star Wars films started in 2015. Rocketman star Taron Egerton might have inspired the increase (to 48 in 2019) of the name Taron.

But what goes up must also come down, and for some names, media attention has had a converse effect. Amazon's faceless voice command Alexa's introduction in 2016 has caused the name's popularity to plummet. In 2016, 332 girls born were named Alexa and that's fallen to only 39 in 2019.

The results of the ONS study on baby names, per the BBC, only provide figures where at least three babies have been given the same spelling of a name. The reasoning behind this is privacy concerns if there are less than three. It looks like Stacy's Mom might be a redundant tune in a few generations as that monicker, once so popular, was only chosen four times back in 2018.

So if you want to be a bit alt when filling out the birth certificate, why not go for Brittany? Or if it's a boy, why not spring for Glenn? Neither formally-popular names featured in 2019's data.

Here are the top 10 boys and girls names for you to mull over.