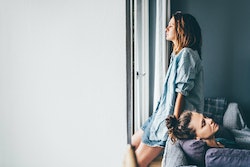 What Are Passive Aggressive Examples?

There are many telltale signs that someone is passive-aggressive, but Dr. Hafeez says they all essentially fall under the same umbrella: indirectly expressing their genuine emotions without outright telling them. And the person can do this verbally or nonverbally.

Verbally, Dr. Hafeez says the person may reference something that happened in the past but won’t directly say how that situation made them feel. They may also insist that there is no issue or that a problem has been resolved but still hold resentment about it.

Giving sarcastic comments, being argumentative, and dishing out backhanded compliments that hurt other people’s feelings are other passive-aggressive examples. Dr. Hafeez also adds that some passive-aggressiveness can be sneakily disguised as overt kindness. For instance, if the person canceled other plans to hang out with a friend, they might spend the entire day commenting on how they had to drop everything to accommodate them.

Nonverbal signs of passive-aggressive behavior can include expressing their discontent with sighs, pouts or rolling their eyes. “They may seem to be sulking as if something is wrong but won’t want to confront the situation or accept that they’re upset directly,” Dr. Hafeez says. They may also express their unhappiness via their actions, such as flaking on plans, being constantly and purposefully late, or avoiding certain people or situations. Or, a passive-aggressive person may just give you the silent treatment to show you they’re bothered.

So what exactly motivates people to exhibit passive-aggressive behavior? According to Dr. Hafeez, there are several possible triggers, one of them being the way the person was raised. “Someone may have grown up in a family that didn’t rely on direct communication to solve problems, which can trigger a more passive-aggressive response to situations throughout their life,” she says.

Others may use passive-aggressiveness as a way to protect themselves. “It can be a defense mechanism towards uncomfortable situations or when they get annoyed in general,” Dr. Hafeez says. For instance, if you indirectly hurt their feelings when commenting on what they’re wearing, they may stay quiet or make subtle digs at your appearance (e.g., “You’re so brave for wearing those shoes with those pants.”).

Passive aggressiveness is also often employed when the person doesn’t want hostility. “Some may think it’s the best way not to hurt someone’s feelings or prevent situations from escalating,” Dr. Hafeez says. “Therefore, they choose to avoid confrontation and further conflict.” For example, if your friend doesn’t like your current partner, they may just cancel plans with you when your partner tags along instead of telling you they don’t like them.

How Do You Deal With A Passive-Aggressive Person?

To counteract a passive-aggressive person’s behavior, Dr. Hafeez’s top piece of advice is to do the opposite. In other words, be direct with them without actually saying they’re being passive-aggressive. For example, if the person is always late to meetings, tell them that you’d like them to be on time so they can be present for the entire discussion.

Using “I” statements is another pro-tip Dr. Hafeez offers to demonstrate assertiveness and set an example for how the other person should behave. For instance, if someone constantly shows up late when you make plans together, you could say something like: “I would like for you to make more of an effort to be on time for our dates, as your tardiness makes me feel like you don’t care about spending quality time together.”

The key, Dr. Hafeez says, is to be completely upfront about your needs and expectations. This is required to see a change in the other person’s behavior. And she adds, “Be open to learning what type of communication works best for them.” Maybe the person needs you to be more direct with them by bringing up the topic they’re upset about and discussing how you can fix it together. Learning their communication style and how to best deal with their passive-aggressiveness may take some trial and error, but it will be worth the effort.

More like this
7 Women Share Their Best Orgasm Stories
By Lexi Inks
Is It Bad That I'm Not Interested In Sex Or Dating Right Now?
By Sophia Benoit
12 Ways You're Sabotaging Your Love Life
By Teresa Newsome and Lexi Inks
Is It A Rebound Relationship Or The Real Thing?
By Carolyn Steber and Lexi Inks
Get Even More From Bustle — Sign Up For The Newsletter