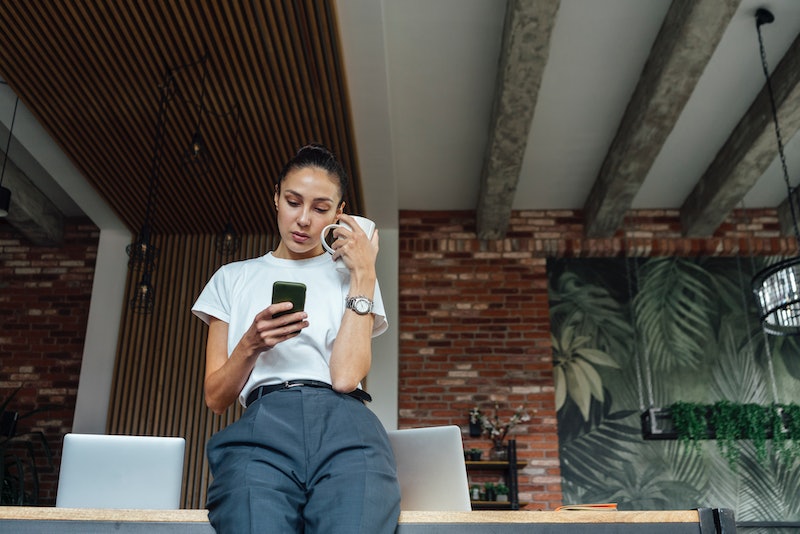 Passive aggressive behavior can be one of the most frustrating conflicts to deal with in a relationship — romantic or otherwise. Instead of talking through a problem and solving it as soon as possible, one person decides to pretend like everything is “fine” even when it’s clearly not. They may even shut you out or give backhanded compliments. When you’re on the receiving end of this behavior, it can be tough to know what to say and leave you feeling pretty helpless. If you’re stuck on what to do, there are some texts you can send someone who’s being passive aggressive that will help open up a dialogue between you two.

As Dr. Caroline Madden, PhD, licensed marriage and family therapist, tells Bustle, passive aggressive behavior comes from a place where someone doesn’t feel like they have an equal amount of power. “It’s like what you do to a boss you don’t like,” Madden says. “You can’t tell him off, but you can take an extra 10 minutes at lunch that he doesn’t know about. It’s a tactic that children use, and it’s harmful because the passive aggressive person has a mindset that even if they told their partner directly, they wouldn’t get what they want. By being dramatic about it, they make that prediction come true.”

Everyone deals with hurt feelings and conflict in their own way. According to Madden, some people are naturally passive aggressive and have a tough time opening up about their feelings, while others may have learned that being direct doesn’t work. If your friend or partner has a hard time letting you know how they’re really feeling, it’s important to be patient and calm. The last thing you want to do is mirror their behavior and cause even more distance in the relationship.

If someone in your life is being passive aggressive, here are some examples of texts you can send.

More like this
30 Clever Ways To Slide Into Your Crush's DMs
By Griffin Wynne, Carolyn Steber and Lexi Inks
6 Dating App Tips To Try If You're Looking For A Serious Relationship
By Lexi Inks
Wanna Try Hinge's New Video Prompt Feature? Here Are 7 Tips
By Lexi Inks
Why Acts Of Service & Gift Love Languages Are A Dream Pairing
By Lexi Inks
Get Even More From Bustle — Sign Up For The Newsletter