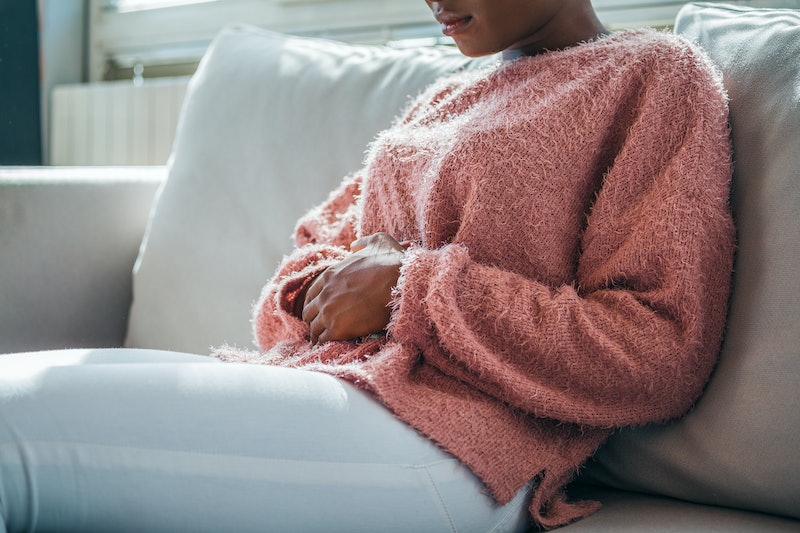 In this week's Sex IDK column, Emma McGowan, certified sex educator and writer, answers your questions about how to tell if you're pregnant on birth control.

Q: How can you tell if you're pregnant on birth control?

Great question! Although getting pregnant while taking birth control (and I’m going to assume you mean hormonal birth control, aka the Pill, Reader, because that’s how most people use the term) is rare, it’s still possible. According to Planned Parenthood, the Pill is 99% effective with perfect use and 91% effective with typical use. “Typical use” means maybe you don’t always take it at the same time of day or sometimes you miss a day, or you’ve been sick with vomiting or diarrhea, and the pill leaves your body before it can be absorbed. When folks get pregnant on the Pill, it's usually because of an irregularity like that.

Just like for people who aren’t on the Pill, a missed period is usually the first sign for people taking birth control that they’re pregnant. So, if you bleed when you take the placebo pills (that last week in the birth control packet) and all of a sudden you’re not bleeding one month? That’s a big heads up that you might be pregnant.

This can get tricky, though, because a very light period or skipping periods can also be a side effect of hormonal birth control. Additionally, some people skip the placebo pills or take a type of oral hormonal birth control that is designed to let you skip over the bleeding part. (It’s important to note, isn’t a real “period” because you shouldn’t be ovulating on the pill. It’s actually a withdrawal bleed because you’ve stopped taking the hormones. But that’s the subject of another story.)

In those cases, you need to take note if you have other symptoms of early pregnancy. These include nausea, breast swelling and tenderness, mood swings, changes in how you react to food, pain in your lower back, having to pee more often, and mild cramping. If you have a bunch of these all at once, it’s possible you could be pregnant.

However, early pregnancy symptoms also often look and feel like premenstrual syndrome symptoms (PMS). They also can be similar to the side effects of birth control. Confusing, right? (Honestly, I can’t even count how many times I’ve thought, “Am I pregnant — or just about to get my period?”)

This leads us to the one and only way you can actually know if you’re pregnant on birth control, Reader: By taking a pregnancy test. Over the counter tests (aka the ones you buy at the drugstore) can be very accurate these days — and they’re actually the same test they’d give you at the doctor. According to Planned Parenthood, they're about 75% accurate when you do it yourself, compared with 97.4% accurate when done by a health care professional. So, if you take one at home and it comes back negative, you can feel fairly confident that you’re not pregnant. If you get a negative but still suspect you're pregnant one week after taking the first test, take another just in case the first one was too early to tell. (That's the most likely cause of a false negative.) And if it comes back positive, set up an appointment with your health care provider or your local Planned Parenthood to get a blood test to confirm.

I’d also like to note that if you’re taking your birth control at the same time of day, every day, and you haven’t been sick during the past couple of weeks, it’s very unlikely you’re pregnant. I know that people sometimes get stressed about this — especially when they’re first having intercourse or if they don’t want to have a baby — so I want to offer reassurance.

However, if you’re not great about taking your pill and you’re doing it a bunch, and you notice some combination of the symptoms I listed above, do yourself a favor and go get a pregnancy test. And then, pregnant or not, consider using a different form of birth control, like an IUD, which is a form of birth control that's implanted in your uterus and is “set it and forget it.” There are so many options for birth control, and there’s no reason to use one that doesn’t work for you.

More like this
Are Quality Time & Gift-Receiving Love Languages Compatible?
By Lexi Inks
The Differences Between Polyamory & Open Relationships
By Lexi Inks
10 Creative Sexting Ideas That Don't Involve Nudes
By Lexi Inks
On TikTok, "Cbat" Has Been Named The Worst Sex Song Ever
By Lexi Inks
Get Even More From Bustle — Sign Up For The Newsletter