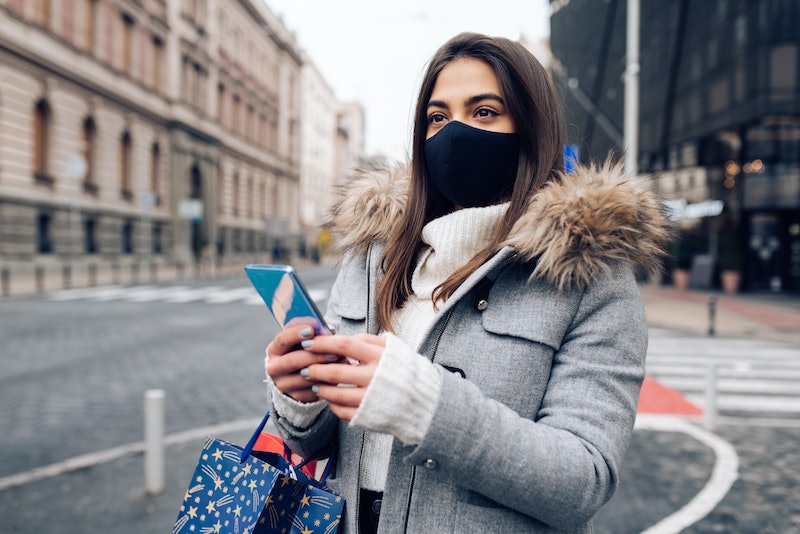 Typically, when you sign up for a dating app and check off your preferences, you aren't doing so to report domestic terrorists to the FBI. And as it turns out, dating apps aren't expecting you to do so, either.

It's why Bumble turned off its politics filter temporarily after the attack on the U.S. Capitol by pro-Trump insurrectionists on Jan. 6. In the hours following, several women in the Washington DC area tweeted that they were switching their politics filter from "liberal" to "conservative" on the app in an effort to connect with those who had taken part in the attack, so they could then pass along revealing information to authorities.

TV reporter Miya Shay tweeted, "Women on Bumble luring men to send them riot pics then sending those to FBI is the best pandemic dating story yet."

The move also showed off the investigative skills of Gen Z and Millennial women. Public health reporter Chelsea Cirruzzo tweeted, "I kept thinking about the jokes my friends have made about being better than the FBI at researching a guy they saw on a dating app."

But dating apps didn't find the move so clever, nor funny. While some folks were cheering on the D.C. women from afar, Bumble was busy turning off the filter option, leaving many to wonder why the dating app was essentially blocking its users from helping to disseminate potentially important information.

Bumble did reinstate the filter within 24 hours, but that was enough time for people to take notice. "Can't stop thinking about how the @FBI asked people to provide info in the terrorists who stormed the Capitol and when @bumble found out women were using their app to do this, they turned off the political filter," lorigabidel tweeted.

According to a Bumble representative, they turned off the filter because there was a noticeable uptick in people using the politics filter in a manner "contrary to our terms and conditions," including people who were using the platform to spread insurrectionist content or to organize and incite terrorism.

Basically, they say it was a way for the app to press pause for a second so they could regroup and prevent misuse while they took the necessary steps to ensure they had "proper moderation tools and protocols in place." Once that happened, the politics filter was turned back on in the U.S.

Now, along with other dating apps like Tinder, Bumble is encouraging users to block and report anyone who is negatively using the app, and even kicking Capitol rioters off their apps entirely.

"As always, if someone has or is in the process of committing a potentially criminal act on our platform, we will take the appropriate steps with law enforcement," a Bumble representative tells Bustle. "The spreading of misinformation, such as disputing the certified results of the U.S. Election, is prohibited."

More like this
5 Signs You Have A Toxic Relationship With Yourself
By Lexi Inks
My Partner Wants Me To Wear A Diaper During Sex. Help!
By Sophia Benoit
12 Active Date Ideas That'll Get You & Your Boo Outside
By Lexi Inks
Why We Love Investigating Friendship Breakups
By Carolyn Steber
Get Even More From Bustle — Sign Up For The Newsletter
From hair trends to relationship advice, our daily newsletter has everything you need to sound like a person who’s on TikTok, even if you aren’t.