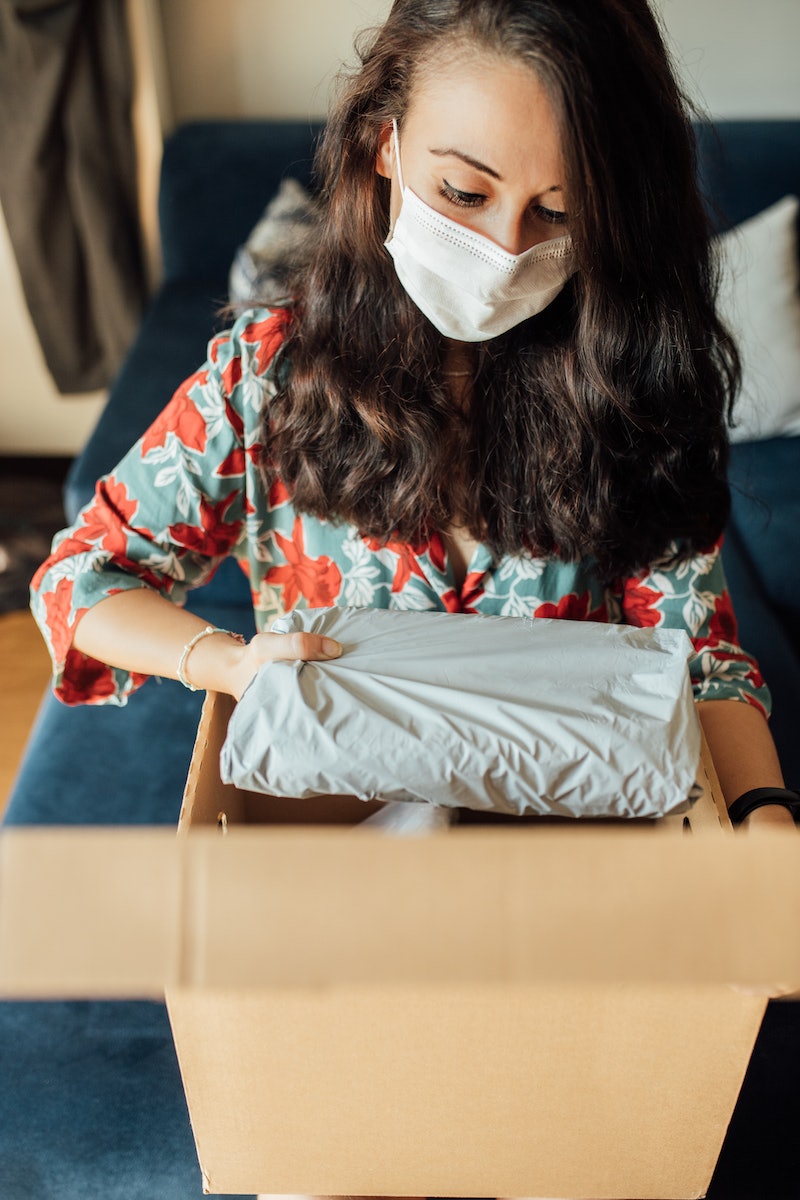 Since November, five recent grads — Megan, Meagan, both 22, Georgia, 23, and two other roommates — have been sublet-hopping together in a seasonal resort town out west, while working locally in retail and restaurants. The mix of childhood and college friends, all avid skiers, booked three different apartments to accommodate the full length of their trip, due to last until April. But the week before the group was set to move into their final space together, Megan tested positive for COVID.

Doctors say if one of your roommates gets COVID, the best thing to do is to isolate that person, ideally with their own bathroom; bring them food so they don’t have to leave; have everyone in the house quarantine and get tested; and wear a mask — both the sick patient and anyone caring for them. Even with those precautions, though, other roommates may still get sick — and that’s exactly what happened out west.

The rest of the apartment rushed to quarantine, calling out from work and ordering delivery to hunker down together. Meagan was the next to test positive the following day; she and Megan roomed together, sharing a queen bed for three days. But with their rental up at the end of the week, Georgia and the other two roommates decided to move to the next apartment without the Me/agans,who were asked to isolate in a separate rental until their symptoms resolved. (The two unnamed roommates did not respond to requests for comment.) After the abrupt move, Megan ended up in the hospital due to shortness of breath from pneumonia. Meanwhile, in the new place, the other two roommates and Georgia, in turn, got sick themselves.

What follows is their description of the weeks the roommates got COVID and the tensions that arose when they were forced to take care of each other.

Megan: Three weeks ago, I woke up at 4 a.m. on a Tuesday and felt unusually tired. That morning, I had a headache, a sore throat, chills and sweats, a cough, chest pain, and a stuffy nose — I knew something was off and it wasn’t just a cold. I didn't leave my room that whole morning until I could go get tested. I sat in my room until I got my test results.

Georgia: I was on my break at work, so I was skiing, and Megan texted our group chat that she hadn't been feeling great that morning. She got a rapid test and texted us that she tested positive shortly after. I didn't go back to work that day. We all went home and had her stay in her bedroom, which has a bathroom next to it. None of us used it so that we could minimize exposure to her.

It was scary to be on the other side of the door.

Megan: I could easily isolate, but it was weird being with roommates instead of family. Because we were all in quarantine, everyone was home all day, but I didn’t know when people were awake and didn’t want to bother them. I honestly waited for a few hours until it was more obvious people were up to text them to ask for food. I kind of skipped breakfast the first two days. They brought me a pitcher of water and left it at the door. I needed a lot of Advil and had to ask them to use theirs. I felt bad about that.

Georgia: It was scary to be on the other side of the door. Megan had it pretty bad. She was really out of breath and coughing a ton. It made me nervous about what it would be like to get it.

Megan: Georgia texted me a lot — she was nervous that I was coughing so much. The other girls on the outside did not really seem concerned, which was weird. Meagan got tested the same day as I had, but she got the result a day later. So I had a day and a half in my room alone.

Georgia: It was awkward, figuring out where everyone should be. We’re all friends and spend a lot of time together. So when Meagan got sick, we weren’t sure if we should put her in the bedroom with Megan or just assume we were all sick and not confine anyone. In the end, the roommates who tested positive decided to confine themselves. I always made sure I put a mask on to go get dishes from their room and wouldn't have the door open while I was near the room.

Meagan: Megan and I were isolated in her room for three days. We would sleep around 12 hours, wake up, lie in bed, and maybe watch a movie but not do much more. Time passed quickly because we were sleeping so much.

Megan: I got COVID on Tuesday, and we were supposed to move on Saturday. By then, I was really, really sick. I thought I would just isolate at the new place as I had at the old one, because it was working for everyone, we thought. It was kind of suffocating being in one room, but as long as we had a bathroom, it was fine. We also figured they would probably get it by then, too.

But two days before we were supposed to move to the next apartment, the other roommates told us they didn’t want us to go with them. They all went to a hotel that night so we could have Friday to pack up our stuff and clean the apartment. (We told management company that we had COVID and were told there would be an additional deep clean after we vacated.) We had to pay for another place for a week, which sucked because it was expensive — and we were already paying for the apartment we were supposed to go to.

Meagan: The most tension was about the money. Some roommates got to go to the house we had all paid for, and me and Megan went to a house that Megan’s parents paid for. They very kindly offered to pay because they thought it was wrong to kick out people who had COVID in the first place.

Megan: Moving Friday was way too hard on us. We’d carry two bags and then have to sit for 15 minutes because it was so exhausting. And then we took a nap and tried again.

Two days after being at the new place, another roommate tested positive. We had to drive 20 minutes into town to bring her back to live with us in the sick apartment. The drive took everything out of me.

Georgia: I moved to the new place with my two other roommates who hadn’t gotten sick. The night we got here, one roommate received a positive result, but our other roommate and I were still negative. Now we were each getting it, because we had been hanging out every day. The same thing happened two days later — the other roommate tested positive. I was the last one to get COVID, testing positive two days later.

Megan: The fourth roommate [to get sick] just stayed in the new place, which I was upset about at the time. And then Georgia tested positive, and she stayed there too. It was pretty frustrating because we all had COVID, but I had to pay double the rent.

Meagan: Every couple of days, someone would test positive. So our separation was pointless.

Megan: Meagan and I were a little annoyed because no one felt bad about kicking out two sick girls, and they didn’t feel bad that we had to pay a lot of money for this other place. When our other roommate got it moved in, she never really said, like, “Sorry for kicking you guys out.”

Georgia: Once I got the positive result, I was kind of glad. I knew it was going to happen. And now I don't have to worry about staying away from all my roommates, which almost makes it easier. Once I was positive, we all could come back together.

Meagan: If anything, we ended up getting closer because we all hung out so much.

Megan: I'm not upset about it still. I just think that wasn't handled great, but whatever, it was fine. We were too sick and tired to care.