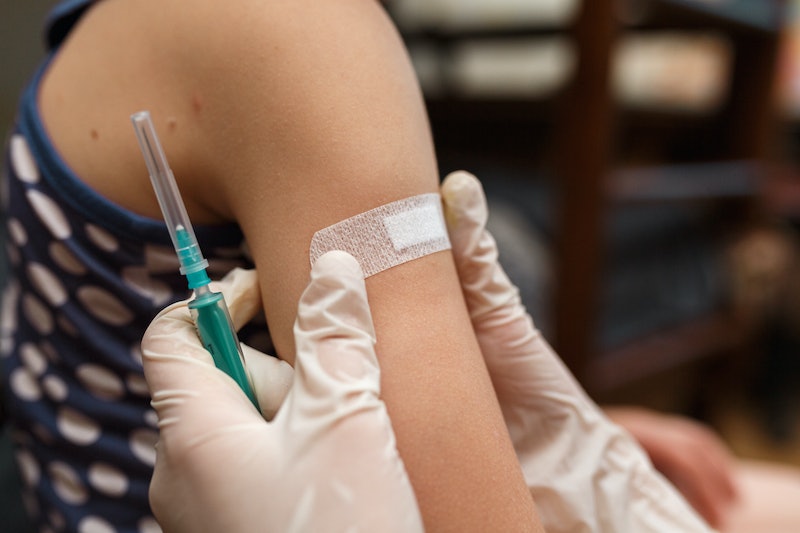 A new study published by The Lancet has revealed that the human papillomavirus (HPV) vaccine — first introduced in the UK in 2008 — has had a monumental impact on lessening cervical cancer rates, including pre-cancerous cells often caused by HPV.

In fact, the Cancer Research UK-funded data shows that the rate of cervical cancer among those who were vaccinated at 12 and 13 (who are now in their late twenties) is an incredible 87% lower than in those who are unvaccinated.

In addition to this age range, those who were offered the jab between the ages of 14 to 16 also saw a reduction in cervical cancer rates of 62%, while those who had it between 16 and 18 also saw a 34% drop.

As well as this decrease in cases of cervical cancer, there has also been a huge decrease in the amount of people being diagnosed with pre-cancerous changes to cells. For example, there was a 97% drop in the vaccinated group when they were 12 and 13, a 75% drop for those who got it between 14 and 16, and a 39% decrease for the 16-18 age group.

Michelle Mitchell, the chief executive at Cancer Research UK, said of the findings: “It's a historic moment to see the first study showing that the HPV vaccine has and will continue to protect thousands of women from developing cervical cancer.”

It is however still highly important for everyone to go for their smear tests when called, experts note. “Assuming most people continue to get the HPV vaccine and go for screening, cervical cancer will become a rare disease,” explained Professor Peter Sasieni, lead study author, from King’s College London. You can learn more about how smear tests work here.