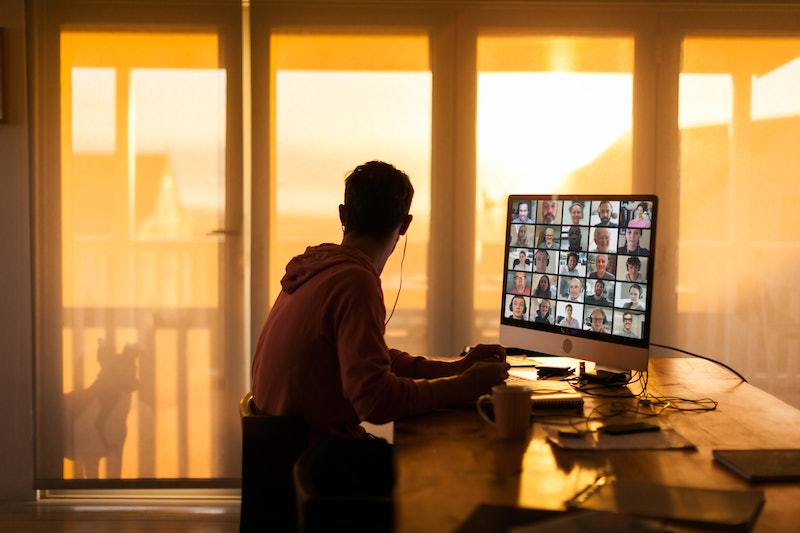 My parents wanted me to stay at home in London to attend university, in fact they all but forbid leaving. “Sure, you can apply outside of London, but don’t expect any support from me if you go,” my dad said as I eagerly gazed at Edinburgh University’s undergraduate prospectus. They worried that leaving home would change me in ways they couldn’t control and, although I didn’t know it, those concerns would prove well-founded.

After unexpectedly getting into Oxford University to read law my dad performed a sharp U-turn on his stance about my moving away. I had realised a dream of so many parents but one that felt particularly cinematic, and statistically a lot less likely, for Pakistani immigrants living in public housing. For me (and I’m sure for almost everyone who attends) university wasn’t just an education in academia. In the wake of the global pandemic several institutions, including Harvard and Yale, have recently announced that a large proportion of learning will be remote, with Cambridge University going even further by taking all lectures online until at least summer 2021. The significance and potential impact of this decision on the next generation should not be ignored.

I don’t think a young person about to start university has to move out in order to move forward. But remote learning is just that, remote. If it's difficult to be yourself, then it must be near impossible to become yourself.

I know that the people I met back in 2003 learnt something from me. Nick, one of my closest friends at the time and still a friend today told me he’d never before been friends with a “foreigner”. We had to unpack layers of ignorance (rather than prejudice) to help him see that not being white didn’t disqualify me from being British. A fellow law student shed a tear when I told her about witnessing a stabbing during one school lunchtime, incorrectly assuming those things only happened in America or on TV. And a guy I got chatting to during one social said he’d never met anyone teetotal before. The learning, however, was not one way. I told the same guy that I’d never knowingly spoken to anyone who didn’t believe in God. I spoke to two boys who’d gone to Eton and Harrow, elite private schools I’d never heard of, who told me they didn’t have student loans. It took several weeks to appreciate how someone could afford to pay university fees without a government loan, it took months to understand why so many people all came from the same schools and it took years to understand that the two were connected. But the learning wasn’t all bad. University was not just a degree, but a key to a privileged world I could now live in. It taught me I was not white but also gave me an education in whiteness. It told me I was raised poor but left me richer. And it made me face the reality that I was gay while giving me the space and freedom of mind to accept it.

I don’t think a young person about to start university has to move out in order to move forward. But remote learning is just that, remote. It demands less of you. Requires your presence but not your personality. It's much more difficult to be yourself through a tiny camera on your laptop, to display your immediate reactions, to expose your vulnerabilities, to share a knowing glance with a future friend. And if it's difficult to be yourself, then it must be near impossible to become yourself. External change in environment, in things like activities, people and places, is often the catalyst for internal change. Change is the key to unlocking growth, to helping us rise up to meet the best version of the adults we are meant to become.

Protection of health must be the paramount concern but it is important to acknowledge the great personal and societal loss if the next generation of thinkers, innovators and creators don’t get to meet each other.

My friend Nick needed to make the mistake of thinking that my browness and my Britishness were mutually exclusive in order to learn something about race. I needed to make the mistake of assuming all my peers had student loans to learn something about class. Think of the damage done by the millions, if not billions, of mistakes and failures, big and small, that young people will never make sat in front of that tiny little camera. The memories of these experiences form a vital part of our education.

Protection of health must be the paramount concern but it is important to acknowledge the great personal and societal loss if the next generation of thinkers, innovators and creators don’t get to meet each other. Don’t get to exchange anecdotes from the different paths they have taken to that shared point. Don’t get to go on nights out and bond over the things we bury deep that need time, patience and a trusted intimacy to float slowly to the surface of ourselves. Something important will be missing from our collective futures if the next generation don’t get the education that is lost when our universities go virtual.

Mohsin Zaidi's memoir, A Dutiful Boy, is published by Square Peg and out now.

'A Dutiful Boy' by Mohsin Zaidi
More like this
Boris Johnson’s Leadership Is In Question – Again
By Bustle UK
Jess & Anya Are The High School Sweethearts Who Gave Love A Second Chance
By Jessica Morgan
Windrush Victims Are Still Waiting For Compensation
By Sam Ramsden
The UK Abortion Laws In 2022, Explained
By Sophie McEvoy
Get The Very Best Of Bustle/UK