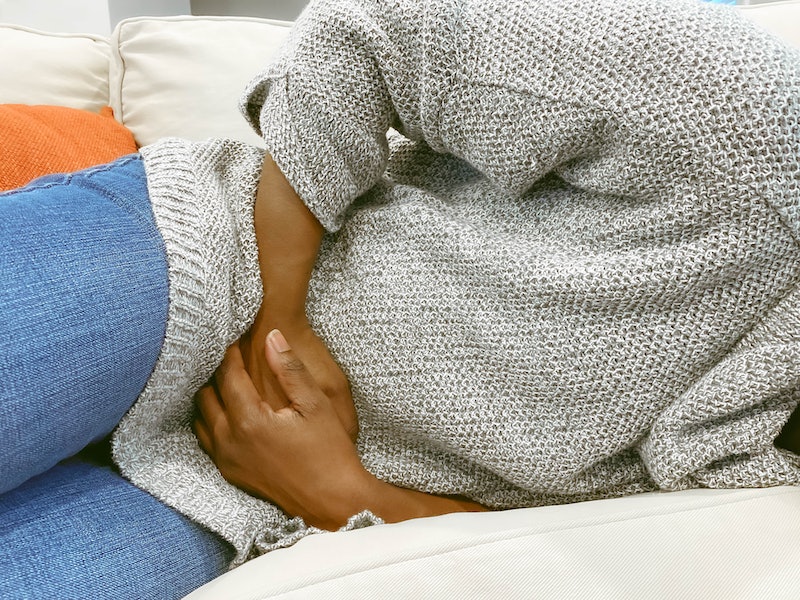 Childbirth and menopause are two of the leading causes of stress incontinence, a condition in which a person's bladder may leak after they cough, sneeze, run, or jump. It’s estimated that 20% of women suffer with stress incontinence on a daily basis. The condition itself can be embarrassing and inconvenient, but new reports show that the treatment for it – a surgical option known as vaginal mesh implants – can actually be a lot worse, causing crippling, life-changing pain.

What Are Vaginal Mesh Implants?

Vaginal mesh implants (also known as pelvic mesh implants, urogynaecological meshes, or transvaginal meshes) is used for patients who experience incontinence or pelvic organ prolapse. The latter occurs when the pelvic floor muscles and tissues that hold pelvic organs in place are weakened or damaged and the bladder, uterus, or rectum drops. This happens to around half of women after childbirth. Using mesh to treat this first started in the early 2000’s and the aim is to repair damaged tissue and support organs.

Vaginal mesh implants always require a surgery to insert them. This is either done through the vaginal wall or the abdomen. It’s stitched in place and the idea is that your tissue will grow around the mesh and use it as support. In the past, it’s been reported that the majority of complications with this kind of surgery are "relatively minor," as Peta Higgs, a Royal Australian and New Zealand College of Obstetricians and Gynaecologists, told the Guardian in August 2017, but recent studies tell a different story.

In April 2019 the National Institute for Health and Care Excellence (NICE) said vaginal mesh surgery should only be used as a "last resort" to treat pelvic organ prolapse and incontinence. It revealed that thousands of women had reported devastating side effects, including pain, bleeding, bowel problems, and difficulties with sexual intercourse.

Today (July 8, 2020) further evidence about the adverse side effects of vaginal mesh implants. In fact, a review conducted by the Independent Medicines and Medical Devices Safety Review (IMMDSR) into how the health system responds to reports from patients about harmful side effects from medicines and medical devices (which, as well as vaginal mesh implants, looked at an epilepsy drug called sodium valproate and a hormonal pregnancy test called Primodos) has found that women’s lives can be completely ruined by the procedure.

Speaking about the findings on the BBC, Baroness Julia Cumberlege CBE DL, who chaired the IMMDSR review, said:

“I’ve conducted many reviews and inquiries over the years, but I have never encountered anything like this; the intensity of suffering experienced by so many families, and the fact that they have endured it for decades. Much of this suffering was entirely avoidable, caused and compounded by failings in the health system itself."

The review reveals that few women were informed fully about the potential side effects of vaginal mesh before undergoing the procedure and expressed concerns that too little is known about vaginal mesh among the medical community. In addition, sufficient data wasn’t collected on the effects these treatments had on patients.

The review also found that the majority of people who experienced pain said they’d gone to their doctors but weren’t listened to. "We heard about the failure of the system to acknowledge when things go wrong for fear of blame and litigation," it states. "There is an institutional and professional resistance to changing practice even in the face of mounting safety concerns. There can be a culture of dismissive and arrogant attitudes that only serve to intimidate and confuse. For women there is an added dimension – the widespread and wholly unacceptable labelling of so many symptoms as ‘normal’ and attributable to ‘women’s problems.’"

Kath Sansom founded Sling the Mesh in 2015, a 8,000-member-strong campaign that aims to shed light on this procedure and the potential harm it can cause. Speaking to the Guardian, Sansom said:

“The report is hard-hitting, harrowing and recognises the total failure in patient safety, regulation and oversight in the UK. It also makes it very clear that our medical establishment is deeply entrenched in institutional denial and misogyny. At every step of this campaign I’ve been treated as though I’m overhyping something that really isn’t that bad.”

Taking the report into consideration, Health Minister Nadine Dorries has said that more needs to be done to protect women. “We will now give this independent review the full and careful consideration it deserves before setting out our full response," she said. It has not yet been confirmed when the government will deliver that response.

More like this
How Ovulation Affects Your Sense Of Smell, Libido, & More
By JR Thorpe and Lexi Inks
The Case For Following A Menstrual Cycle Workout Plan
By Emma McGowan and Carolyn Steber
Here’s What Health Means To People In 2023
By Isabella Biedenharn
How Many Burpees Should You Do Per Day? Here’s What Fitness Trainers Say
By Carolyn Steber
Get The Very Best Of Bustle/UK
Sign up for Bustle UK's twice-weekly newsletter, featuring the latest must-watch TV, moving personal stories, and expert advice on the hottest viral buys.