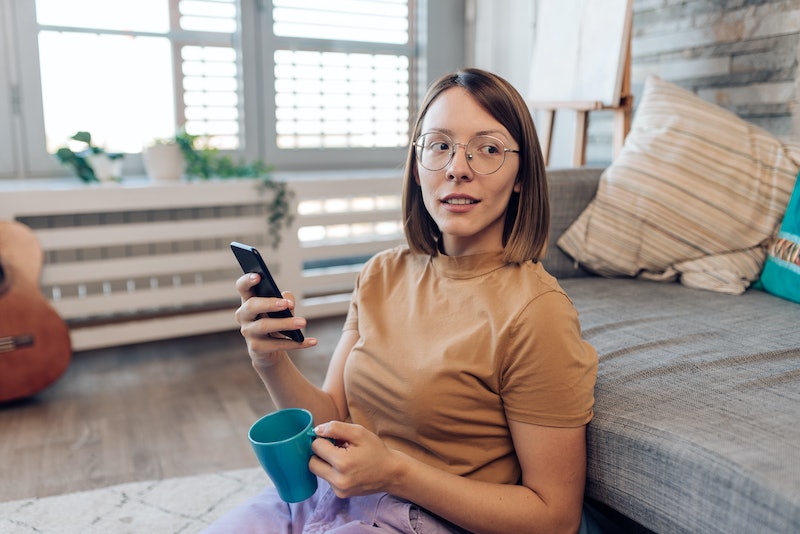 If lockdown gave you the space and time to re-evaluate your love life, then you’re not alone. The past year has seen all sorts of upheavals in dating trends – some of which are set to last. And now dating website Match.com has identified a new phenomenon: hard balling. But what is hard balling and what should you know about it?

There’s no denying that, whatever your relationship status, lockdown has shaped dating over the last 18 months. However, as dating expert Mel Schilling told Bustle in April 2021, not all the changes have been bad. “It’s forced us to go retro,” Schilling explains. “We didn’t have instant gratification, which is what you get with dating apps. It forced us to have longer conversations with people, whether that’s over video calls or texts, over a longer period of time.”

Putting in this extra effort may have shortened your patience with useless small talk and time wasters – and that’s where hard balling comes into play.

What Is Hard Balling?

As Match relationships expert Hayley Quinn explains, hard balling is one of the most prominent dating trends to come as a result of lockdown. It’s been described as a shift in mindset, with singles having had more time to really focus on what they want. According to Match, singles are now much more prepared to vocalise what they need out of a relationship as a result of spending so much time on themselves over the past two years. Match explains that people feel more confident in communicating their deal breakers before and letting people go if their values don’t align.

Speaking to the BBC, behavioural scientist and director of relationship science at Hinge Logan Ury said something similar. “Because people have spent a lot of time alone ... it’s led to people dating in a more intentional way. And that intentionality can show up in a number of ways,” Ury explained. “For example, being more clear with yourself and others about what you want, valuing each date and really preparing for it mentally and not ghosting if you’re not interested. In general, I think these are things which are really good for the dating community.”

Taking total control of your love life sounds super empowering but it isn’t the only dating trend that Match has identified for autumn 2021.

Intentional Dating: In the same way that hard balling cuts the nonsense and avoids time-wasting, Match explains that people are dating more intentionally as a result of having restricted access to pubs, bars, and restaurants during lockdown.

Green Dating: Similarly, in the light of COP26, more people are considering how climate-conscious their crushes are. Finding someone whose values align with your own can really shape the dates you go on, the connection you build, and your lifestyle habits as a couple going forward.

Benching: One of the more negative dating trends emerging right now, Benching is the practice of keeping a crush on the sidelines while you’re trying to work out if someone else is willing to commit. This can lead to months of uncertainty and is a trend that firmly belongs in the past.

More like this
Why Being “Too Sensitive” In Relationships Is A Good Thing
By Lexi Inks
5 Signs You Have A Toxic Relationship With Yourself
By Lexi Inks
18 Hinge Prompt Answers To Try If You’re Looking For Something Casual
By Lexi Inks
TikTok's "Triangle Method" Technique Is The Key To Better Flirting
By Carolyn Steber
Get The Very Best Of Bustle/UK
Sign up for Bustle UK's twice-weekly newsletter, featuring the latest must-watch TV, moving personal stories, and expert advice on the hottest viral buys.