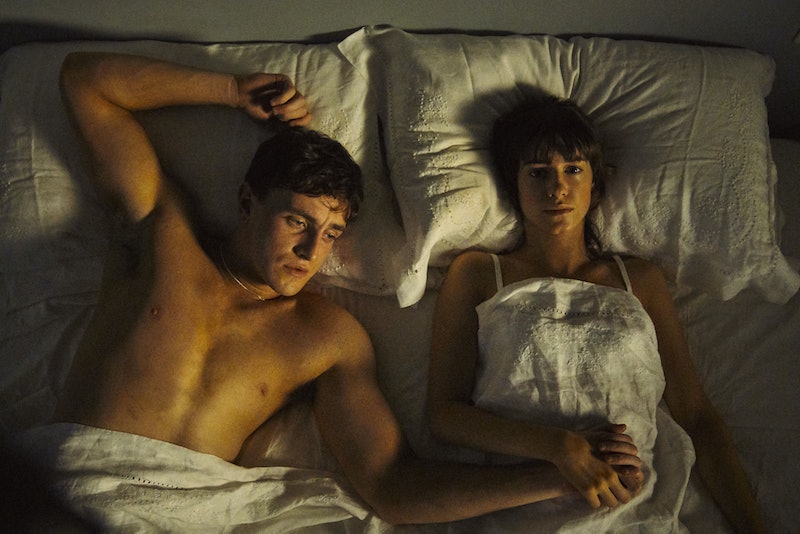 Conversations about sex and sexuality have blown wide open over the last decade. It’s 2020, and while no one should feel obliged to fake an orgasm, and we all know sex is far from a performance, our favourite dramas and rom-coms still indicate otherwise. Scenes of climaxing on demand after penetration are largely the norm. In fact, it’s become widely accepted that much of pop culture doesn’t represent female pleasure accurately. Enter, the Clit Test.

Two campaigners, Frances Rayner and Irene Tortajada, are calling time on these tired sexual stereotypes. The pair created The Clit Test after growing frustrated with the sex scenes they’d seen and read, and wanted to set a new standard.

If your teen years were anything like mine, then a lot of what you learned about sex came from TV rather than school education – and it’s hard to ignore how far many of these scenes were removed from reality. The premise of The Clit Test is simply to recognise any scene in a film, book or TV, that acknowledges the clitoris. This could involve a hand or head disappearing under the covers, or a specific mention of female masturbation. A scene will also get a "Clit Test pass" if clitoral stimulation is praised, or there’s disappointment at the lack of.

Why is this important? It’s estimated that 80% of people with a vulva need some sort of clitoral stimulation to orgasm; while up to 40% of women report having difficulty or an inability to reach orgasm at all. Similarly, research has found that 58.8% of people with a vulva have faked an orgasm at one point in their life; the most common reason for this was to make their partner feel successful.

“I was entirely clueless about my own pleasure, because no one had told me about the clitoris.”

The campaign celebrates creators who are putting out accurate representations of female pleasure and is supported by academics and leading experts on the female orgasm. Dr Laurie Mintz, author of Becoming Cliterate says: “Our media images of sex both reflect and perpetuate this cultural problem, [depicting] a cultural script for sex, which proceeds as follows: 'foreplay' just to get her ready for intercourse, intercourse (penis goes in vagina), male ejaculation, and 'sex' over. It’s thus no wonder that countless women wonder what is wrong with them due to not orgasming from penetration — despite the fact that very few women orgasm from penetration alone.”

So far, scenes in Booksmart and Chewing Gum have passed The Clit Test, along with Booker Prize-winning novel Girl, Woman, Other. To see if your favourite sex scene makes the cut, you can check it out here.

More like this
18 Hinge Prompt Answers To Try If You’re Looking For Something Casual
By Lexi Inks
90 Epic Truth Or Drink Questions To Play 'Say It Or Shot It' With
By Bustle UK
My Partner Wants Me To Wear A Diaper During Sex. Help!
By Sophia Benoit
Gen Z Are Twice As Likely To Identify As Queer, According To New Data
By Sam Ramsden
Get The Very Best Of Bustle/UK
Sign up for Bustle UK's twice-weekly newsletter, featuring the latest must-watch TV, moving personal stories, and expert advice on the hottest viral buys.