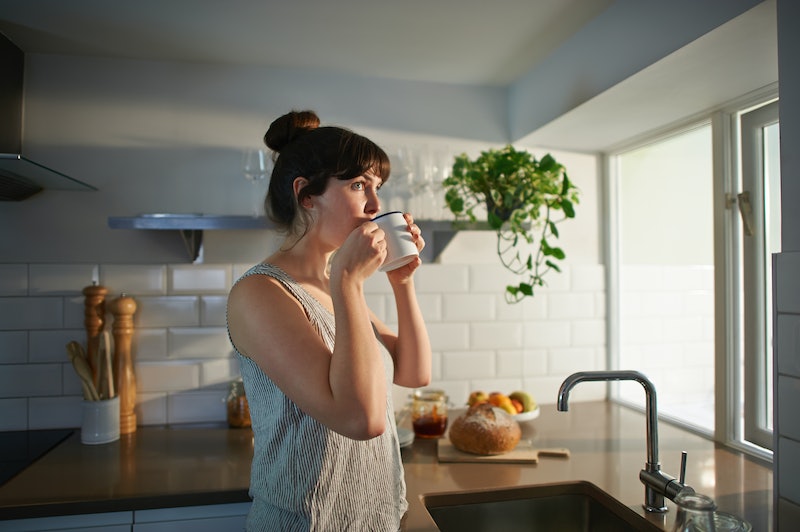 Every year, from January 18 to 24, organisations raise awareness about the importance of pap smears as part of Cervical Cancer Awareness Week and, in 2021, one of their main focuses is ensuring people know what to do if they missed a smear test during the COVID-19 pandemic, when some doctors offices were forced to closed their doors to non-emergency patients.

According to Jo's Cervical Cancer Trust, 600,000 tests failed to go ahead between April and May 2020. By the summer, it was estimated that one million people had missed a smear test appointment. One in 10 people said they definitely wouldn’t attend a cervical screening during the pandemic and 22% felt less likely to attend. As the UK went in and out of lockdown, it became difficult to know whether standing appointments such as smear tests were still due to go ahead. On Feb. 23 King's College London launched the YouScreen trial which could increase access to at-home cervical screenings

However, charities such as Jo's Trust have highlighted there are ways to access your smear test during lockdown, detailed below.

In 2021, there’s been a massive push for at-home self-sampling to be more easily accessible. Jo’s Cervical Cancer Trust has highlighted that this wouldn’t just work during the pandemic. New research found that 32% of people would prefer to take a HPV self sample than attend cervical screening with a clinician. This rose to 62% if it was easy and reliable. To see if an at home smear test is available to you, you'll need to call your doctor's surgery and ask.

Kings College London have developed the YouScreen trial which may mean that in the future at-home tests will be easier to access. Sky News reported that more than 31,000 women will be given kits across the London boroughs of Barnet, Camden, Islington, Newham, and Tower Hamlets. People between 25 and 64 years of age and who are 15 months overdue for a checkup will be the first to be offered an at-home test. Tests will include clear instructions and what to do to get it back to your GP. A swab will collect a sample from your vagina rather than your cervix. It'll then be tested for HPV.

Dr Anita Lim, from King's College London is leading the YouScreen trial and told the BBC, “Self-sampling is a game-changer. This simple and convenient swab means it can be done in the privacy and comfort of your own home." Sky said that the YouScreen trial will run until Dec. 2021, and if successful, could be rolled out across the country.

To find out more about at-home tests, visit Jo's Trust, or call your GP to ask if the at-home test is available to you.

Alternatively, doctors are urging people to contact their surgeries in order to re-book smear tests. There’s currently a backlog of cancer screenings due to the fact that GPs can’t work at full capacity. However, clinics are open again and staff are conducting smear tests.

You’ll just need to remember to wear a mask, turn up on time for your appointment, and maintain two meters social distance from anyone else within the surgery. If you’re feeling nervous about going to your doctors then speak to them about it prior to your appointment. They may be able to put you at ease by explaining the safety procedures they have in place.

"We Have A Roadmap To Eliminate Cervical Cancer"

“The pandemic has shown that our NHS is able to innovate quickly and we want to see that extended to cervical screening. More and more people find the current test challenging and coronavirus has accelerated this trend adding more barriers,” said Rebecca Shoosmith, Chief Executive at Jo’s Cervical Cancer Trust, “Sadly those who found it difficult before are likely to be no closer to getting tested. Self-sampling would be a game-changer. We have a roadmap to eliminate cervical cancer and self-sampling is a key part of this, one that will save lives.”

It’s estimated that over 500,000 people are diagnosed with cervical cancer each year globally. However, according to Cancer Research UK, 99.8% of cervical cancer cases are preventable. Your smear tests detects cell changes caused by human papillomavirus (HPV.) These abnormal cells are described as precancerous. If caught early, they’re very easy to remove but if they keep growing they can become cancer. Smear tests are essential to spotting HPV and the earlier you notice cell changes the easier treatment is.

Cervical Cancer Awareness Week 2021 has highlighted that while cancer screenings were cancelled for part of 2020, it’s crucially important that you prioritise your intimate health.

More like this
Why Being “Too Sensitive” In Relationships Is A Good Thing
By Lexi Inks
18 Hinge Prompt Answers To Try If You’re Looking For Something Casual
By Lexi Inks
How Ovulation Affects Your Sense Of Smell, Libido, & More
By JR Thorpe and Lexi Inks
90 Epic Truth Or Drink Questions To Play 'Say It Or Shot It' With
By Bustle UK
Get The Very Best Of Bustle/UK
Sign up for Bustle UK's twice-weekly newsletter, featuring the latest must-watch TV, moving personal stories, and expert advice on the hottest viral buys.

This article was originally published on Jan. 21, 2021