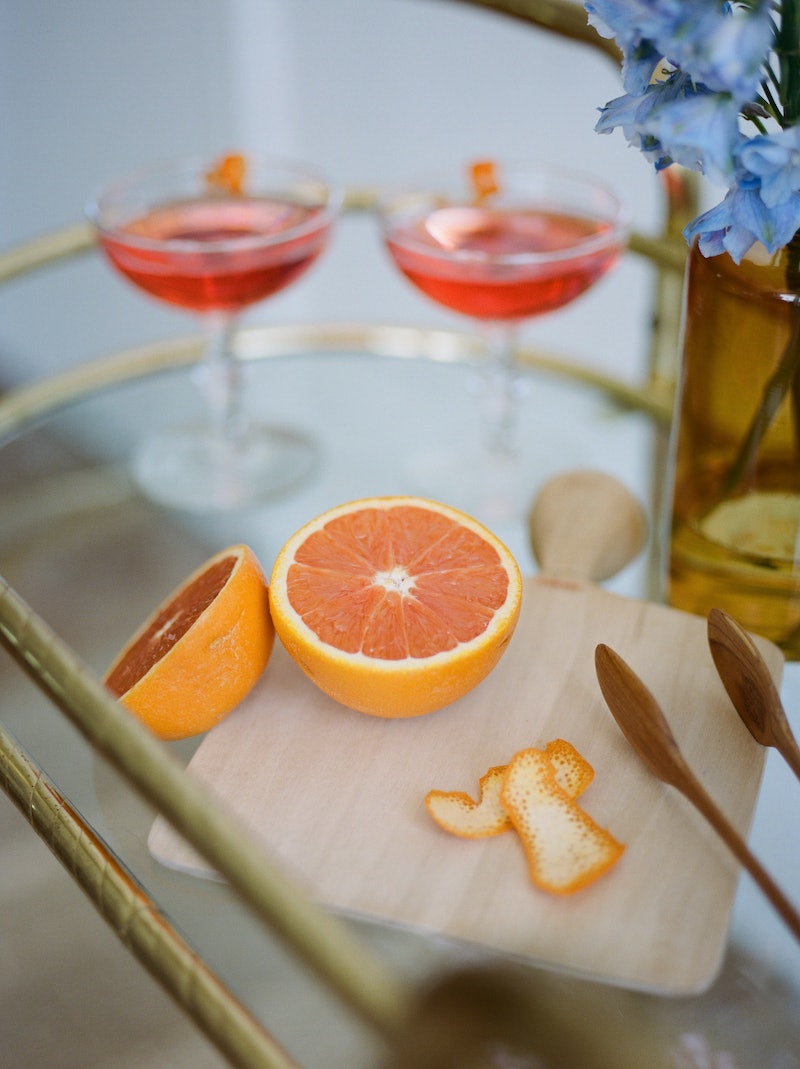 Whether you're a glass-of-pinot-with-dinner kind of gal or more into showing off your pristine bar cart on Instagram, you've probably experienced the joys of a hangover at least once in your life. But once you get past college and early 20s life, you may notice that even without partying too hard, alcohol hits you harder than it used to. Knowing what type of alcohol causes the worst hangover can help you plan your night for a better next morning.

“As a general rule, the more alcohol you drink, the more chance there is to have a hangover,” says Dr. Soma Mandal, M.D., a board-certified internist at Summit Medical Group in Berkeley Heights, New Jersey. That’s because alcohol inhibits an anti-diuretic hormone (ADH), which can make you have to pee more and potentially become dehydrated. These are the building blocks of a hangover: the more you drink, the more dehydrated you get, the worse your headache.

It also turns out that exactly what you’re imbibing may have as much of an impact as how many glasses of it you have. When it comes to hangovers, congeners, which are a byproduct of fermentation, increase hangover symptoms, Mandal says. “Congeners are found in darker liquors such as red wine, brandy, whisky, and rum,” she says. “Lower-end liquors tend to have more congeners, which is why they tend to cause more hangovers.” If some of these items are your go-tos, it may be worth springing a few extra dollars for higher quality drinks (and a better quality morning-after).

Another factor? The sweeter the beverage, the more likely it is to leave you feeling regretful in the morning, Mandal says. “This is because sugary cocktails contain different types of alcohol [and] because the taste makes it easier to drink faster and more in quantity,” she explains. More alcohol = more hangover. So that's something to think about when considering your next margarita or mojito.

If sparkling wine is your alcoholic beverage of choice, know that it can be another common hangover culprit. “Bubbly alcohols such as champagne have more carbon dioxide in them, which makes it much easier for the alcohol to get into the bloodstream, leading to hangovers,” Mandal says.

No matter your alcohol of choice, you can take steps to limit its ill effects. Since one of the biggest contributors to hangovers is dehydration, you can easily combat it by, well, hydrating. Drink plenty of water throughout the day before you start drinking, plus a glass of water after every alcoholic beverage you consume, says Mandal. Additionally, drinking on an empty stomach increases absorption of alcohol, so don’t skip dinner before popping a bottle. Using other drugs and smoking cigarettes can also increase the incidence of hangovers, she says.

By being conscious about what else you’re doing before and while you drink, you can ensure that the next morning won’t suck as much as it would have.