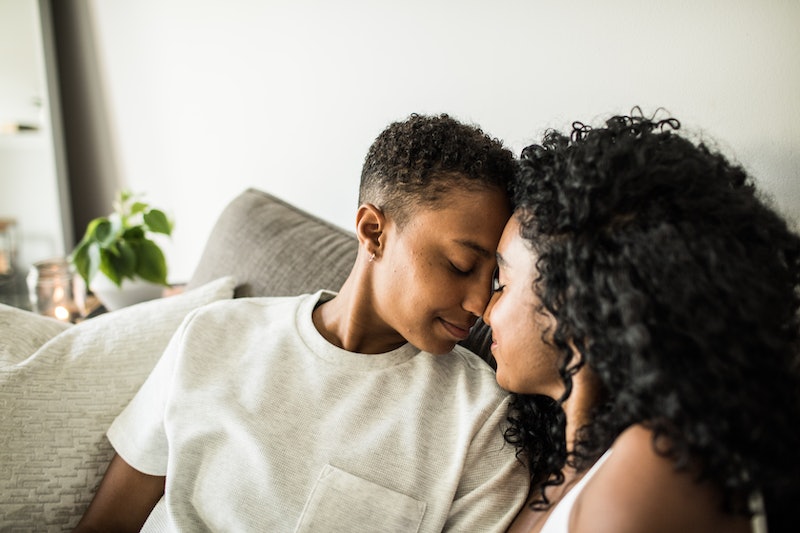 After two years of dating, Lucy, 29, still had no idea how her partner, Todd, felt about their relationship. Where was it going? Did he see a future together? A few weeks after they officially called it quits, Todd posted a picture of his new partner meeting his entire family. It was then that Lucy realized exactly what she was to Todd: a foster girlfriend, or a casual fling before Todd settled down with someone serious.

Urban Dictionary defines a foster girlfriend as "a girl who dates men until they find their 'forever girlfriend.'" Although the term is heteronormative, it encompasses people of all genders and sexual orientations. Popularized by TikTokers, the concept has been a pop-cultural phenomenon for decades. Think 500 Days of Summer, when Summer gets engaged right after breaking up with Tom, or Sex and The City, when Big marries Natasha after telling Carrie he can't define the relationship. A foster girlfriend cares for their partner until they're ready to commit. They put in all the work, without reaping the rewards.

Relationship expert Susan Winter tells Bustle that not all foster girlfriends are born out of intention. While some people purposefully string their partners along, others get swept up in their feelings without thinking of the long-term consequences. Moreover, some people date "completely unconsciously" without overthinking their emotions.

Some people use relationships as a "place card" because they enjoy the attention, but don't intend to commit.

Chloe, 26, had been casually seeing her old coworker Mark for a little over a year when he stopped responding to her texts. "I wrote him off as a f*ckboy," she tells Bustle, "I thought he was unable to communicate and incapable of ever having a real relationship.'" But Mark entered a serious monogamous relationship just weeks after ghosting Chloe, leaving her to wonder, "Why not me?" "They are full-on living together now," Chloe says. "I saw them once out at a bar, and he didn't acknowledge me."

Winter says this is intentional — some people use relationships as a "place card" because they enjoy the attention and affection of having them around, but don't intend to commit to them.

Tibbs, 28, says that "foster relationships" make up most of their past dating history. For them, it felt like being a "romantic step stool" for someone, until they reach the relationship they want. "One time, I told my ex that I felt like he was only dating me until someone else came along, and he got really upset," Tibbs told Bustle. "But one day, he met someone else on Hinge, and told me he never wanted to see me again."

Dating coach Clara Artschwager says that if you suspect you might be a foster girlfriend in your current relationship, you should listen to your gut. "More often than not, we choose to ignore those early signs out of a false hope we can somehow change someone," Artschwager tells Bustle. "We all know, deep down, when someone has no intention of being serious with us, it's just a matter of whether we listen to that knowing or not."

Demetrius Figueroa, dating and relationship writer and host of A Mighty Love, agrees. "It's a better bet to judge people by what they do, not just what they say," Figueroa tells Bustle. "It's one thing to say, 'I want something serious,' it's another thing to act to demonstrate that."

But Figueroa says that it's possible that your ex wasn't looking for anything serious then, but are now. "People change their minds," Figueroa says. "Maybe it's age, a change in life, or an epiphany." Damona Hoffman, dating coach and host of the Dates & Mates Podcast, says that it all comes down to a "mismatch of goals and values, which don't leave much room to build a meaningful relationship."

If you're dating someone who isn't willing or able to define the relationship, commit, or be clear with their intentions, it's time to move on. According to Figueroa, protecting your heart should be the priority.

"You have to reconsider dating them," Figueroa says. "The worst thing you can do is date someone, in the hopes that they change."

Demetrius Figueroa, dating and relationship writer and host of 'A Mighty Love'